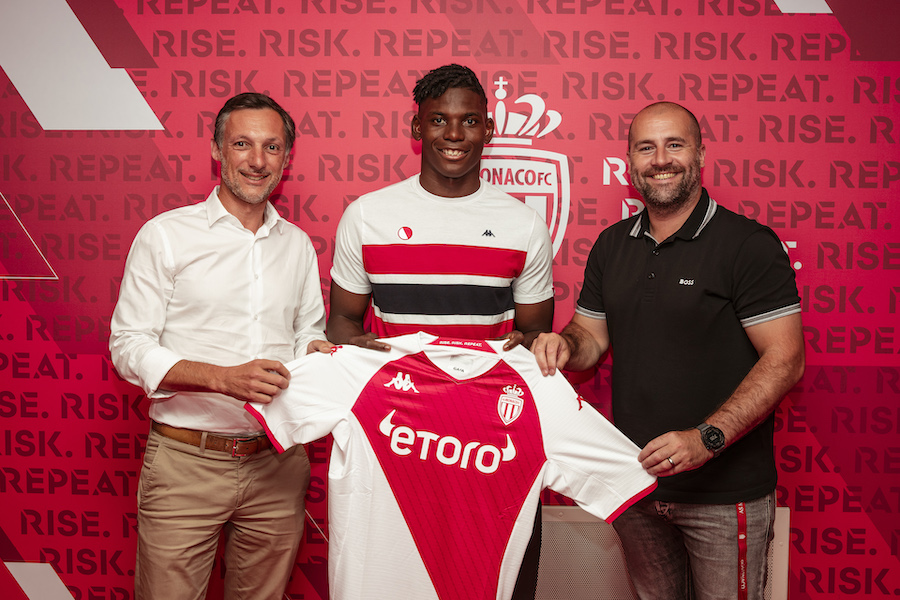 Breel Embolo’s transfer from Borussia Mönchengladbach to AS Monaco was confirmed on Friday. The Swiss international joins on a four-year deal and will be unveiled on Wednesday alongside fellow newcomer Takumi Minamino.

Embolo joins for a fee thought to be around €12.5, although the official fee remains undisclosed. The Swiss international forward brings with him a wealth of experience despite only being 25. He has already featured over 50 times for his country and has amassed over 130 appearances in the German top flight.

Speaking in a press release, Monaco sporting director Paul Mitchell outlined what his latest signing will bring to the club. “We are very happy to welcome Breel to AS Monaco,” he began, “His profile brings an additional asset to our attacking options and adds a bit of depth to the team in order to allow us to tackle the packed calendar in the best conditions. At 25, Breel has won titles and knows the expectations of the Champions League.”

Embolo burst onto the scene during Euro 2016, where he was the youngest player in the squad. He has since gone on to make 56 appearances, scoring nine goals. “His status as an international player and his participation in big competitions such as the World Cup and the European Championships give him experience, which will be valuable to us,” said Mitchell.

Monaco have a youthful side, and it was a clearly stated objective at the start of the window that the club was seeking to bring in a sprinkling of experience. The latest acquisition meets that criteria. “He joins us at the best moment of his career,” concluded the English sporting director.

Embolo joins an increasingly threatening forward line, composed of seasoned internationals. As well as Wissam Ben Yedder, Kevin Volland and Myron Boadu, he will also play alongside, or compete with, Minamino, who joined up with his team-mates during the club’s training camp in Portugal.

The Swiss player said, “I am very happy to join Monaco and also to join this magnificent project. I thank the management for giving me the opportunity to discover such a big club. I want to integrate as quickly as possible and bring my qualities to the group.”

Although Saturday’s friendly will undoubtedly come around too early for Embolo, the hope is that he will be ready for the start of the club’s competitive fixtures, which get under way at the beginning of August. Before a ball is kicked in the domestic championship, the club will hope to have their new asset operational for their Champions League play-off first-leg versus PSV Eindhoven.

Whilst that game is crucial to the club’s European ambitions, he is also looking forward to discovering a new league. “I can’t wait to get to know my new environment in Ligue 1, a championship whose level continues to evolve.”

He will be officially presented as a Monaco player on Wednesday, alongside Minamino. Monaco’s summer spending is expected to continue in the coming weeks as the club targets a replacement for the departed Aurélien Tchouaméni.