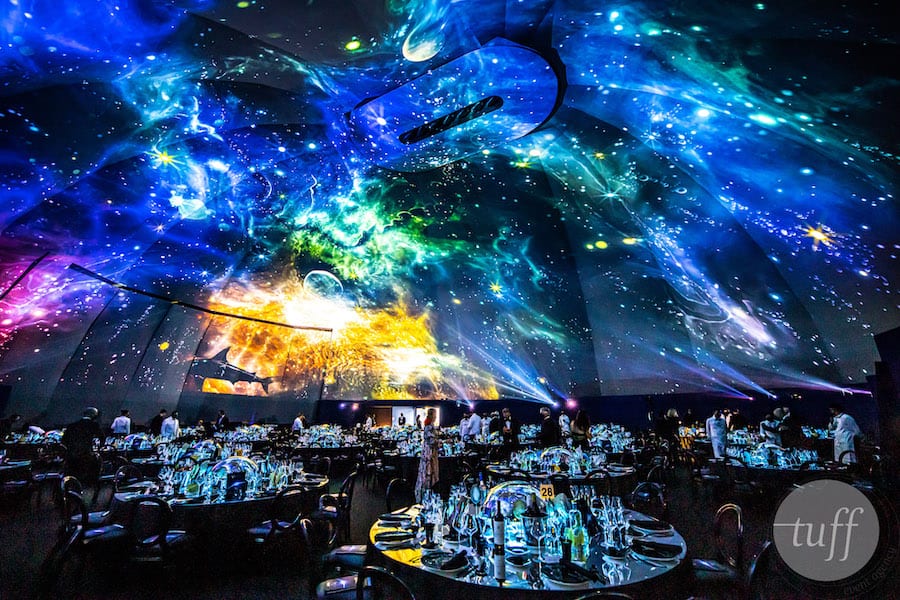 Monaco Life goes behind the scenes of the Monte-Carlo Gala for Planetary Health to discover what it takes to put together the largest, most spectacular fundraising event in the history of the Principality.

Beside them have stood some of the biggest names in entertainment: Uma Therman, Sharron Stone, Nicole Kidman, Andy Garcia, Gwen Stefani and Johnny Depp, to name a few. Is it no wonder that the Monte-Carlo Gala is the hottest ticket in town?

But like most things here, the gala has a very clear message and purpose: To save the world’s oceans. In exchange for an elaborate star-studded evening, privileged guests are invited to dig deep and provide crucial support to the Prince Albert II of Monaco Foundation.

To date, millions have been raised for vital ocean-related initiatives through the gala’s auction, which is as jaw dropping as the gala itself. Organised by Global Fundraising Chairman Milutin Gatsby and featuring the “Mick Jagger of auctions” Simon de Pury, an incredible array of unique pieces have gone under the hammer – from intimate experiences with the Prince and autographed fast cars, to a water bike lesson with Princess Charlene, time on a Hollywood film set and incredible art works.

Even in this unprecedented year of Covid-19, while the world’s most famous A-list events were being wiped from the calendar, the Monte-Carlo Gala for Planetary Health went ahead on 24th September, against all odds.

Its design, production and organisation was entrusted to event agency Tuff Consult. “We had an internal Covid department, providing us with real-time information on what we needed to do to protect people – both guests and the teams putting the event together,” Stefan Santoni, founder of Tuff, tells Monaco Life. “We can be very proud of the fact that from this event, organised for around 400 people, there were zero Covid cases.”

The Covid-19 pandemic did put a stop to Stefan’s other major annual gig – the amfAR fundraising gala at the Hôtel du Cap-Eden-Roc during the Cannes Film Festival – but, he says, Milutin Gatsby was always determined that the Monte-Carlo Gala would go ahead.

“Our fundraising chairman believed in it more strongly than anyone else, which was extremely helpful because it gave us all positive energy,” reveals Stefan.

Together with Vice President of the Prince Albert II of Monaco Foundation Olivier Wenden, the three are credited with creating the elaborate concept for 2020’s gala, dedicated to the Ocean, Earth and Humanity.

The very structure that envelopes guests is the distinguishing feature of the Monte-Carlo Gala. Previously, an enormous transparent marquee has hugged the walls of the Opera Garnier while ocean projections feature on the façade.

This year, guests were invited to step into a giant 1,500sqm three-dimension dome and be completely immersed in images of galaxies, forests, ocean floors and glaciers.

“The entire structure was created to project these incredible videos of the planet,” says Stefan. “It actually takes about a month to set up and involves around 500 people on the day of the gala to make it happen. But the whole process, from conception to execution, takes a year.”

To achieve a fully immersive experience, the production team used more than 38 video-projectors as well as 3D simulation technology.

Reflecting these mesmerising scenes was another dome at the centre of each table, upon which guests could also view the entire night’s proceedings.

“With the dome, we were able to project anything we wanted – the art for auction, a movie, or a live interview,” says Stefan. “Last year we had holograms in the middle of each table which showed the auction items that they were selling on stage. We always try to come up with a new technology to surprise people. It’s important for guests to anticipate something different every year.”

Despite the headline-grabbing nature of the event and its celebrity guest list, very few images of the actual gala ever make it in to the media. But Stefan Santoni was proud to share his work with Monaco Life.

Indeed, this modest Swedish man has much to be proud of. He started his career as a roadie running cables under the stage for Pink Floyd in France. From there, he became a production director for high-end fashion shows across the globe. But it was the consultancy firm that he created, Tuff, that eventually propelled him into the lucrative world of celebrity fundraisers and luxury events. He now counts the Leonardo DiCaprio Foundation, Valentino, Saint Laurent, Chopard, and the Elton John AIDS Foundation among his very long client list.

Stefan acknowledges that having a “carte blanche” for the Monte-Carlo gala makes it extremely fun and interesting. “It is a big event with a big result,” he says, highlighting the millions raised for the Prince Albert II of Monaco Foundation.

But catering to the rich and famous can sometimes bring outrageous demands. “Once I was asked if I  could put a live elephant in a swimming pool, which we didn’t do obviously. We have many crazy things that people ask for that we can’t do – either because we simply cannot do it, or because it is not appropriate.

“Usually, we take this very seriously, but with a lot of fun,” he says.

Of course, it has not been all fun this year. The global crisis brought about by the pandemic has heavily impacted the events industry, forcing the cancellation of most private parties and fundraising events.
Thankfully, says Stefan, with support from the French Government, he has been able to keep his full team afloat. He only hopes that things will pick up as soon as possible, with the Monte-Carlo Tennis Masters and the Cannes Film Festival signalling the beginning of a busy events season in 2021. But even then, Stefan acknowledges that the industry will not go back to “normal” any time soon.

“I can’t read the future, but I am ready for a change in the events industry,” he says.

We can only imagine what Stefan and his team will put together next year. Of course, he is remaining very tight lipped about it all, but we can expect that it will be very big, very impressive, and very Monte-Carlo.

All photos, unless otherwise specified, were supplied by Tuff Consult