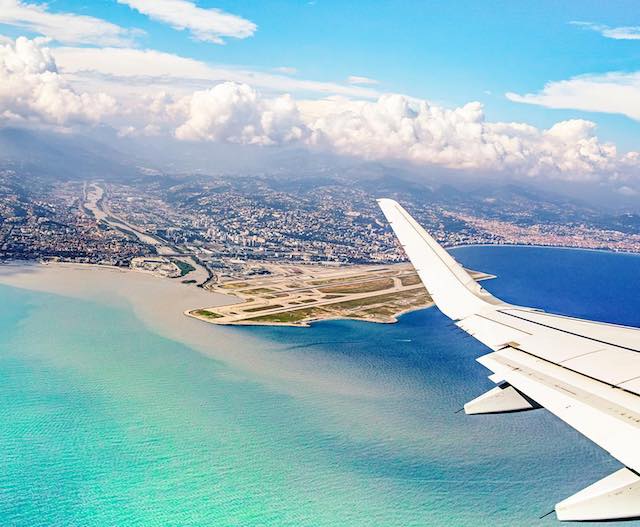 Nice Côte d’Azur will reopen flights to nine European cities in June as the airport initiates a progressive resumption of flights.
As revealed by Monaco Life on Wednesday, airlines such as easyJet are starting to release flight schedules amid the easing of lockdown measures in France, albeit on a heavily reduced capacity.
On Thursday, France’s second largest airport released a statement saying the “gradual upturn in air traffic in June will be amplified in July and then in August, depending on the lifting of restrictions which could be announced in the coming weeks.”
The gradual resumption of flights will come as welcome news to leisure and business tourists, as well residents of the French Riviera and Monaco who are looking to hit the skies again.
“To date, not all airlines have finalised their flight program, but the first trend is already making it possible to draw a tight network with the main French and European destinations,” said the airport. “This should increase in July, with the opening of new lines from Nice, such as Caen and Brest with Volotea.”
Nine European cities will once again be connected to the French Riviera and Monaco: London (British Airways and easyJet), Frankfurt (Lufthansa), Brussels (Brussels Airlines), Geneva and Zurich (easyJet, Swiss), Vienna, Sofia, Budapest and Krakow (Wizz Air).
While at least 10 cities in France will also be linked: Paris Charles-de-Gaulle (Air France, easyJet), Lyon (Air France), Lille (easyJet), Toulouse (easyJet), Nantes (easyJet, Volotea), Bordeaux (easyJet), Bastia, Ajaccio, Figari and Calvi (Air Corsica).
“We are delighted with the renewed confidence of these companies which will allow, from June and before a gradual increase in connections in July and August, a revitalisation of tourist activity in the South Region and allow the residents of the Riviera to travel across France and to many European destinations,” said Dominique Thillaud, Chairman of the Management Board of Aéroports de la Côte d’Azur.
All of the flights currently announced by the airlines remain subject to possible adjustments according to travel restrictions. Passengers are advised to check with their airline companies to ensure that flights are maintained.