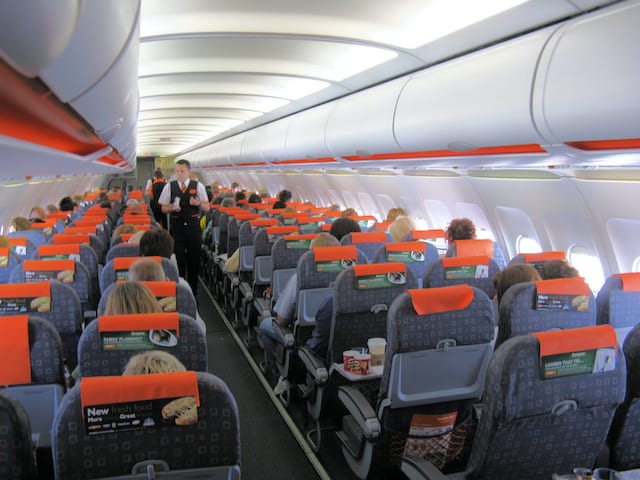 EasyJet has begun offering flights between the UK and Nice from 15th June, starting with a tentative schedule of three flights a week to Gatwick only, ahead of a more normal schedule in July.
EasyJet grounded its entire fleet on 20th March due to the Covid-19 pandemic and widespread lockdowns.
With the opening of France’s borders on 15th June, easyJet will kickstart domestic routes between its main airports in the UK and France, including Nice – the country’s second largest airport outside of Paris.
As reported by Monaco Life last week, the airline is starting with a very small number of flights, initially spaced at two to three days apart, according to its booking website.
From 1st July, a more normal schedule will kick in, with daily flights resuming between Nice and Gatwick, Stanstead and Luton.
The carrier says it will introduce enhanced cleaning and disinfection of its aircraft, make disinfectant wipes and hand sanitiser available on board, and require all passengers and cabin crew, as well as ground crew, to wear masks. There will be no food service onboard initially.
Other airlines will also reinstate flights between London and Nice from 15th June including British Airways, Air France, Lufthansa and Swiss.
British Home Secretary Priti Patel announced on Friday travellers entering the country would have to self-isolate for 14 days or they could face a £1,000 fine. France will reciprocate the UK’s two-week quarantine, however it will be on a voluntary basis.