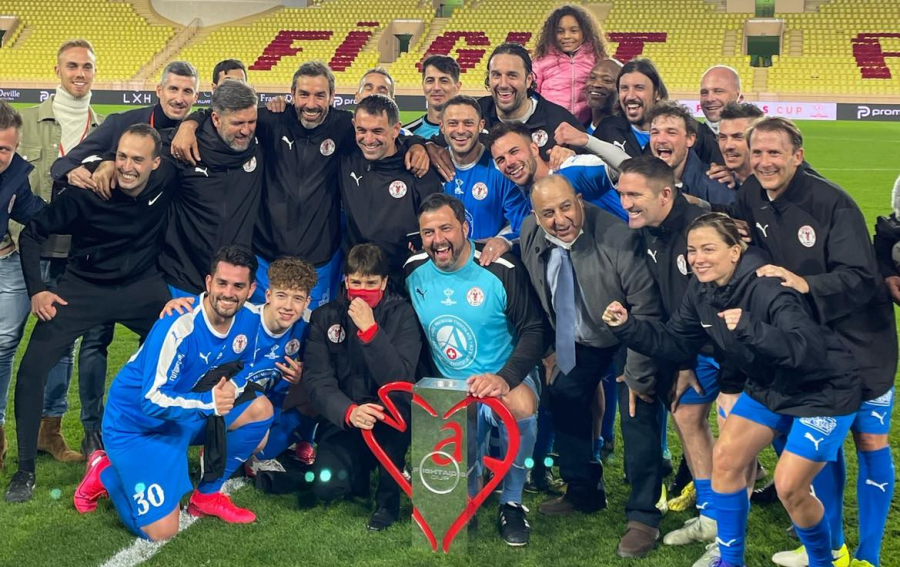 The Fight AIDS Cup will return for a third edition next Monday with footballing legends Francesco Totti, Clarence Seedorf and Luca Toni all set to participate in the charitable football match.

The event at the Stade Louis II, organised within the framework of the 45th International Circus Festival, will raise money for Princess Stéphanie’s charity, Fight AIDS Monaco.

As with previous editions, stars of football’s past and present will descend on the Principality for a match – organised by Barbagiuans’ president Louis Ducruet – between Prince Albert II’s Barbagiuans and Princess Stéphanie’s Cirque FC.

Claude Puel, who led AS Monaco to the French title in 2000, will be on a Barbagiuans’ side that has lost the previous two editions.

“Through this match, we are defending a beautiful cause and the stakes are not limited to the result. Despite this, the Barbagiuans really want to win, to reverse the trend, and experience the joy of being, for the first time, the holders of the title,” said 61-year-old Puel, who has also managed local rivals Nice, as well as Leicester City and Southampton in the Premier League.

Sébastien Frey will captain a Cirque FC side that also includes last year’s Man of the Match, Luca Toni, as well as Clarence Seedorf and Robert Pires. On the opposing team, Charles Leclerc will line up for the Barbaguians alongside former Chelsea player Ricardo Carvalho.

A charitable match in name and purpose, next Monday’s Fight AIDS Cup is expected to be once again a fierce contest of some of the former greats of the game, all while raising money for a good cause.

Tickets can be bought on AS Monaco’s online ticket office, or at the Stade Louis II.