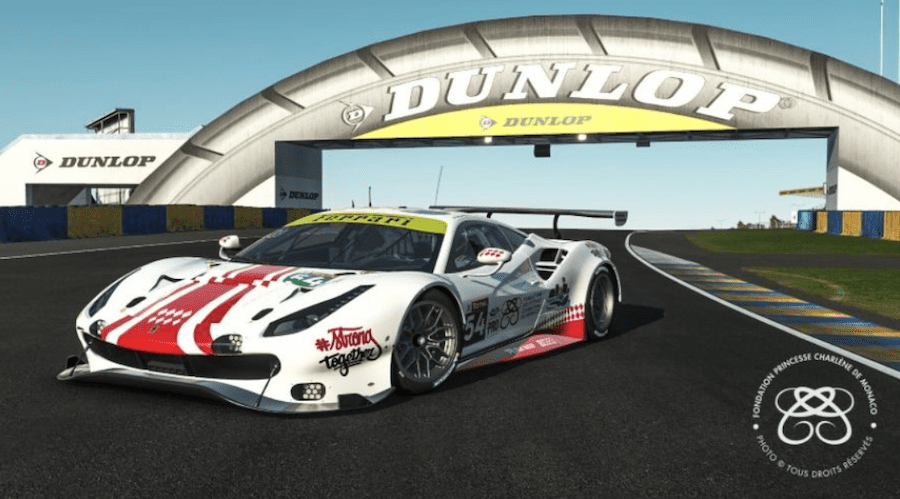 The Princess Charlene of Monaco Foundation has officially presented its Strong Together #54 Ferrari, designed by the Princess’s brother, which is set to take part in the first edition of the 24 Hours of Le Mans Virtual from 13th to 14th June.
The LM GTE Strongtogether will be driven by three professional drivers: Felipe Massa, Giancarlo Fisichella and Francesco Castellacci, along with sim racer Tony Mella.
The car was designed by Gareth Wittstock, General Secretary of the Princess Charlene of Monaco Foundation, and created by rydesign who took up the challenge of bringing this unique model to life.
The Ferrari 488 GTE livery will bear the colours of the Principality of Monaco and those of the Princess Charlene of Monaco Foundation.
In order to optimise team cohesion during the 24 hours of this unprecedented race, Giancarlo, Francesco and Tony will drive together from Monaco and remain in constant liaison with Felipe Massa who will be in Brazil.
The team is hard at training with only a few days left before the start of the race.