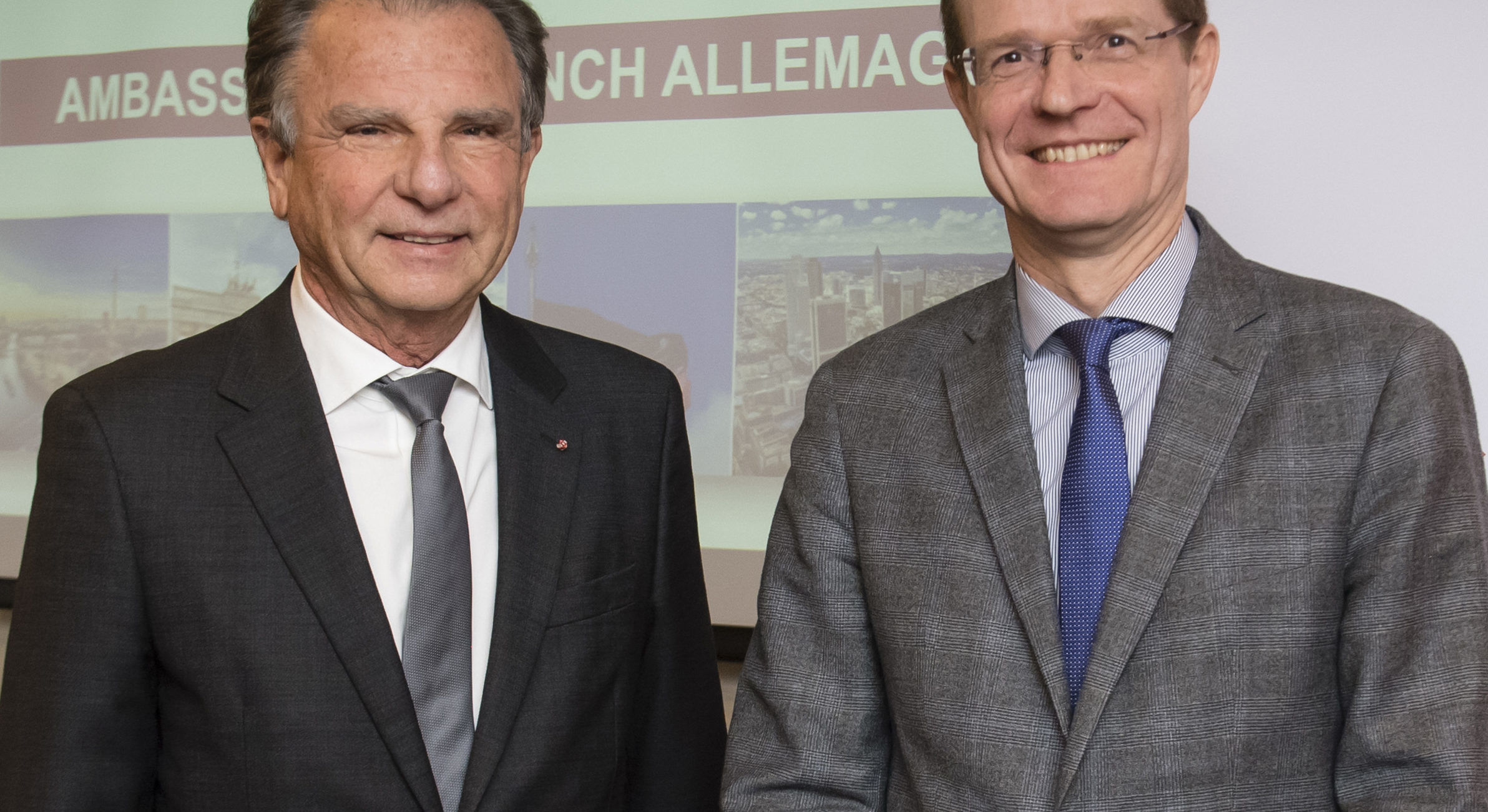 On Friday, February 23, nearly 60 economic players in the Principality came to meet His Excellency Nikolaus Meyer-Landrut, Ambassador of Germany in France and Monaco, for an Ambassador’s Lunch dedicated to the economic opportunities of this flagship country of the European Union, which is also the fourth largest economy in the world.

Ambassador Meyer-Landrut highlighted the economic stability of his country and emphasised in particular the constant growth of German GDP, 2.2 percent in 2017 and a forecast of 2.4 percent in 2018, high domestic demand and a strong labour market, with high employment and dynamic earnings growth.

To support its competitiveness, however, Germany must face new challenges related to the ageing of its infrastructure and the risk of a lack of qualified manpower and rising labour costs, he said. The new coalition agreement includes major investments in R&D and innovation, education and digital transformation. In terms of finance and taxation, the goal is a balanced budget with no new debt and no tax changes.

As far as business opportunities for Monegasque entrepreneurs are concerned, they would be welcome particularly in the areas of health, urbanisation and digitisation, sectors that have a high demand for expertise and which are also of interest to Monaco.

Germany is the main partner of the Principality for exports, which amount to 15.4 percent in total. In terms of imports, Germany is in third or fourth position, depending on the year. Also important is the fact that the German community resident in the Principality totals 907 people. Two hundred and twenty-three Germans are employed in the private sector.

According to MEB President Michel Dotta, “These exchanges can still be developed, and with this in mind, the Monaco Economic Board will organise an economic mission to Frankfurt from June 12 to 14, in collaboration with the Frankfurt Chamber of Commerce, with the support of the Monaco Embassy in Germany and that of the German Embassy in Monaco.”

The Monaco Economic Board has already planned a trip to Düsseldorf in 2019 and Munich or Berlin in 2020.

L-R: Philippe Narmino, Director of Judicial Services, HE Christian Gallo, Italian Ambassador to Monaco, and Gilles Tonelli, Minister for Foreign Affairs and Cooperation. Photo: Charly Gallo/DC[/caption] The government has made an agreement with the Italian authorities to enable closer cooperation in legal matters. The accord will facilitate cooperation between the two countries by putting in place an Italian magistrate whose mission will be to liaise between the two judiciaries. Gilles Tonelli, Minister of Foreign Affairs and His Excellency Christian Gallo, the Ambassador of Italy in Monaco, signed the agreement on Friday, June 30. The ceremony took place in the presence of Philippe Narmino, Monaco’s Director of Judicial Services. To access Italian Business News, another daily news service from Monaco Life, which will keep you up to the minute on finance, banking and wealth management news from Italy, click here

Local News Cassandra Tanti - March 19, 2020
The Palace has revealed that Prince Albert II of Monaco has tested positive for the Covid-19 virus but says that his health “raises no concern”.