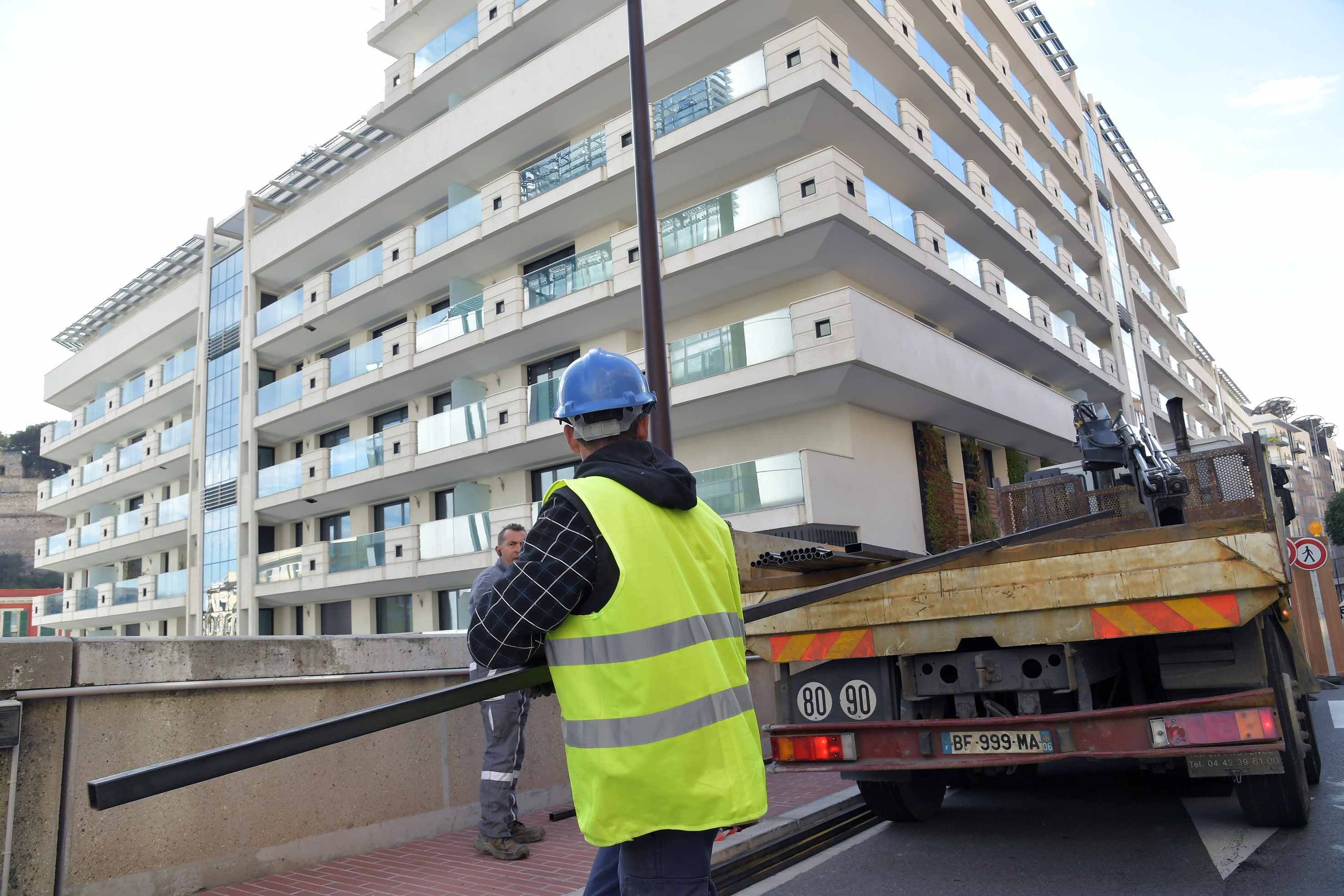 In an unrelated event, two hours later the Minister of State issued a press statement, having taken issue with an open letter sent to him by Mr Dupond-Moretti concerning the ongoing problems with the state-owned Jardins d’Apolline building in the Condamine.

The Minister said that he was surprised to see that the company SATRI, which has not failed to express itself in the press while remaining silent as part of the ongoing expertise, should question a decision of the Government concerning an exclusive property of the State.

Pointing out that many Monegasques face an exceptional and unprecedented situation, Minister Telle said: “Monegasques are severely impacted in their daily lives by a succession of disasters that affect their homes. These, unfortunately, are not limited to the damage reported by the company,” he said, referring to SATRI, the construction company that is part of the Marzocco Group.

Apartments in the complex have been badly affected by faulty plumbing, necessitating the temporary rehousing of many tenants and ongoing disruption to their daily lives as work on fixing the problems continues.

He added that, contrary to the allegations contained in the letter of Mr Dupond-Moretti, judicial proceedings are not compromised by the beginning of the (remedial) work, and that nothing will prevent justice from establishing individual responsibilities.

Referring to the fact that the Government has accelerated repair work, the Minister said it is acting diligently in the general public interest and in that of the Monegasques concerned. The Minister said that he regrets that the company, “which defends only its private interests, does not show the necessary serenity, especially since at this stage the state intervenes at its own considerable expense”.

He also pointed out that the current enquiry into responsibility for the building’s defects does not depend on the Government, but on the judicial authorities.

Work begins at Jardins d’Apolline, all residents to be reinstated by end of 2020

Local News Staff Writer - March 14, 2019
A delegation of Business Russia members has been hosted by the Monaco Economic Board, strengthening business ties between the country and state.