Home News Local News How to get engaged in Monaco 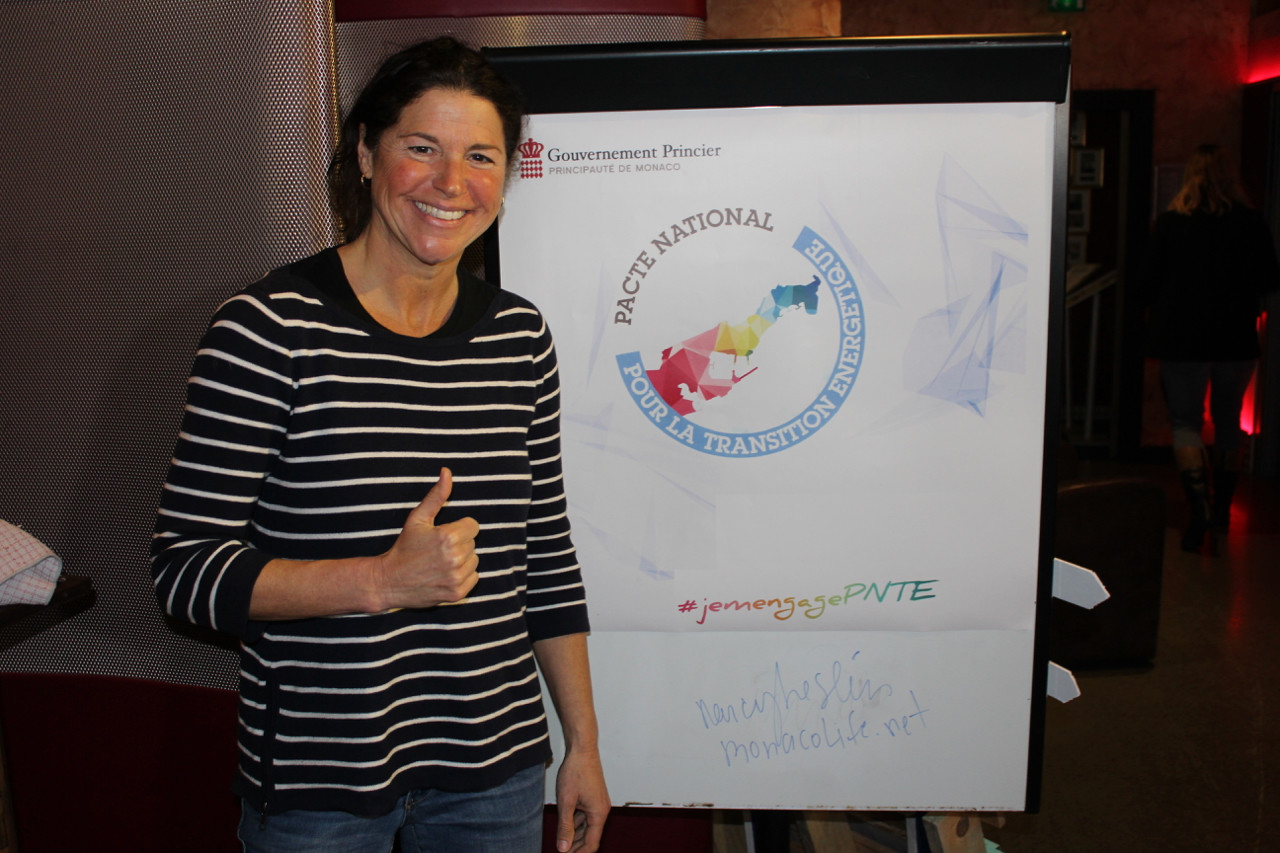 I don’t know what you did on Sunday, but I dropped by the EcoHub at Stars’n’Bars to take a few pictures of the “Je m’engage” National Pact for Energy Transition event.

It was like circuit training for those wanting to get environmentally fit.

Outside, there were various creative activities for children, including a garden workshop on how to plant seeds and grow organic herbs (Stars’n’Bars has its own vegetable and herb garden). For the bigger kids like me, you could step into the driver’s seat of an AirPod compressed air car, which was invented and developed in nearby Carros. At less than 2 metres in length, the vehicle recharges with an electrical plug and can travel up to 200 km with a top speed of 80 km/h.

Inside at StarDeck, a series of eco-stations to increase your carbon footprint awareness were set up, as well as games to teach children the importance of recycling. The smoothie bike was a big hit also, for young and old.

To the side, a video looped explaining the Prince’s vision towards a sustainable future and his government’s national strategy to cut the Principality’s overall carbon footprint by 50 percent by 2030 and to be carbon neutral by 2050, which includes initiatives such as A Bag for Life programme, solar roads and the National Pact for Energy Transition.

“To achieve these goals we must all act together to protect our environment, while improving our quality of life and preserving our health,” said Stars’n’Bars co-founders Kate Powers and Didier Rubiolo, who, along with Annette Anderson, put a great amount of effort into organising the afternoon. “This means adopting new habits, using clean energies and controlling our waste.”

The Mission for Energy Transition (MTE) team, in the presence of Jean-Luc Nguyen, Director of the Mission for Energy Transition, was also on hand to help people with a carbon footprint “calculator” – based on how much they travel, how much waste they generate and how much energy they use – and to discuss on a one-on-one basis the National Pact, which can be signed by anyone who works or lives in the Principality, offering suggestions about how to make small changes to reduce your consumption in the categories of transport, waste and electricity.

The event was highly informative and one young French girl ran up to Kate to thank her because she “learned a lot”. Her sincerity was touching.

I am one of those people who finds global warming and carbon-footprints overwhelming. While I recognise there is much to be done, I am not sure how I alone can help save the planet. After spending 15 minutes talking with an impressively informed MTE member about how I could change my habits and reduce my impact on the environment, I realised I was engaged in a collective commitment of an eco-conscious community. I signed the pact.

For those of you in Monaco who are commitment phobic, unwilling to give up your freedom, great life or travel, engage in the National Energy Transition Pact. Like any relationship, you may have to compromise but it promises a future better than worse.

Local News Staff Writer - January 13, 2019
As of 28 April 2019, the Russian airline S7 Airlines will operate up to 6 weekly flights between Nice Côte d'Azur Airport and its Moscow-Domodedovo base. 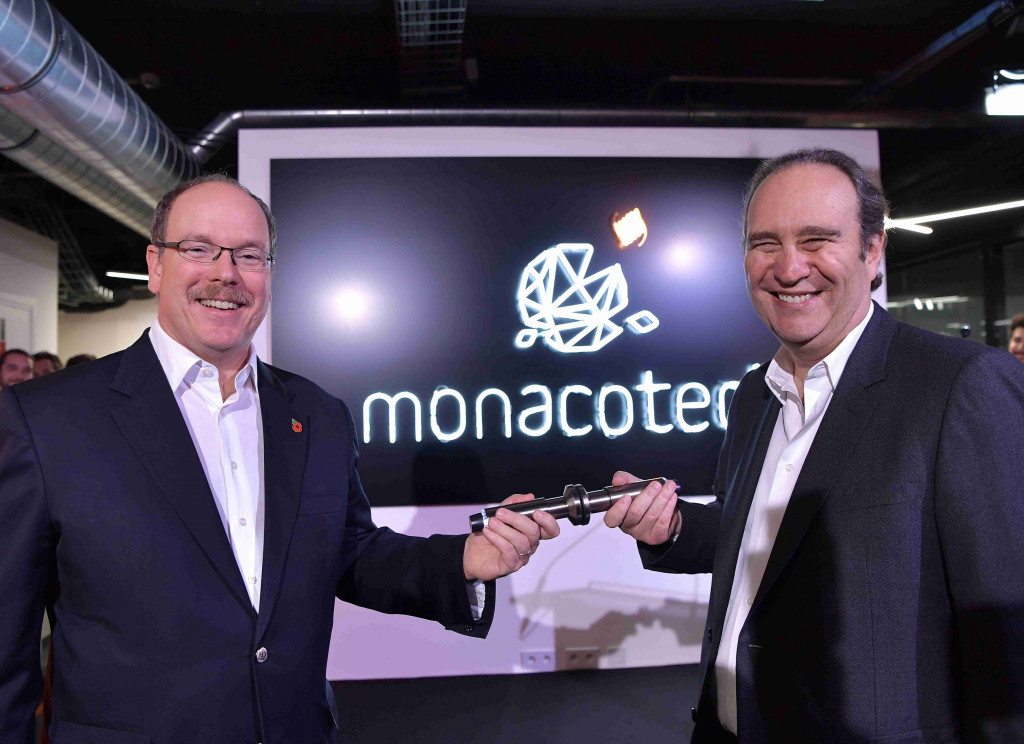 Prince Albert and Xavier Niel. Photo Charly Gallo/DC[/caption] MonacoTech, the Incubator and Accelerator startup program created by the Monaco State in partnership with Monaco Telecom was inaugurated by Prince Albert, Minister of Finance and Economy Jean Castellini and Xavier Niel, owner of Monaco Telecom, on Wednesday afternoon. With more than 800 square metres of open space, including a co-working space, two fab labs and a ping-pong room, MonacoTech has already welcomed 15 startups over the last few days, from various countries including Singapore and Canada. MonacoTech is the only organisation of its kind in the Principality. Its main objective is to support the creation and launch of innovative projects through a dynamic ecosystem and a network of business angels, venture capital, banks, and so on. Jean Castellini, in the presence also of Minister Marie-Pierre Gramaglia, Minister for Public Works, the Environment and Urban Development, and Minister of State Serge Telle, pointed out: "This initiative of the Government is part of the necessary evolution to transform the economy of the Principality over the years to come." The Minister of Economy added, “The baby has been born and will grow quickly. We wish her a long happy life.” There was also acknowledgement from Minister Castellini and Xavier Niel of the efforts and “brilliance” of MonacoTech Director Fabrice Marquet, a Monegasque who launched two businesses of his own during his years living abroad. The first selection jury had selected five startups out of 67 submitted files (CIEL, Hyve, KeeSystem, TerraioT, YouStock) and the second jury 10 of the 115 files submitted (Novetech Surgery, Lanveva Boats, Phyg, Surgisafe, Coraliotech, Gangz, Nanotek Materials, Linkyourleasure, Teale, Yachtneeds). Article first published November 8, 2017.