The International Athletics Associations Federation (IAAF), headquartered in Monaco, will be holding its IAAF Athletics Awards 2017 on Friday, November 24, from 7:30 pm until 10, pm at the Grimaldi Forum.

A video highlights package – each award presentation and main speeches – will be published on the IAAF YouTube channel.

More than 70 of the world’s top athletes will be in Monaco for the event. Some of the athletes expected include recently-minted world champions Mutaz Barshim, Mary Keitany Ekaterini Stefanidi, Yulimar Rojas, Elijah Manangoi, Hellen Obiri, Luvo Manyonga and Maria Lasitskene, to name but a few.

The Embassy of Monaco in Italy participated in a conference organised in Rome by the UN Interregional Crime and Justice Research Institute (UNICRI) in partnership with the Italian Olympic Committee (CONI) and the Italian Ministry of Sport.

All speakers brandished a white card in support of the Peace and Sport #WhiteCard 2017 viral operation to celebrate International Sports Day for Development and Peace and Italy's commitment to Implementation of the UN’s Development Programme to 2030.

The day before, it was at the CONI headquarters, and in the presence of its President, Giovanni Malagò, that sport and peace were honoured with the support of renowned sportsmen. 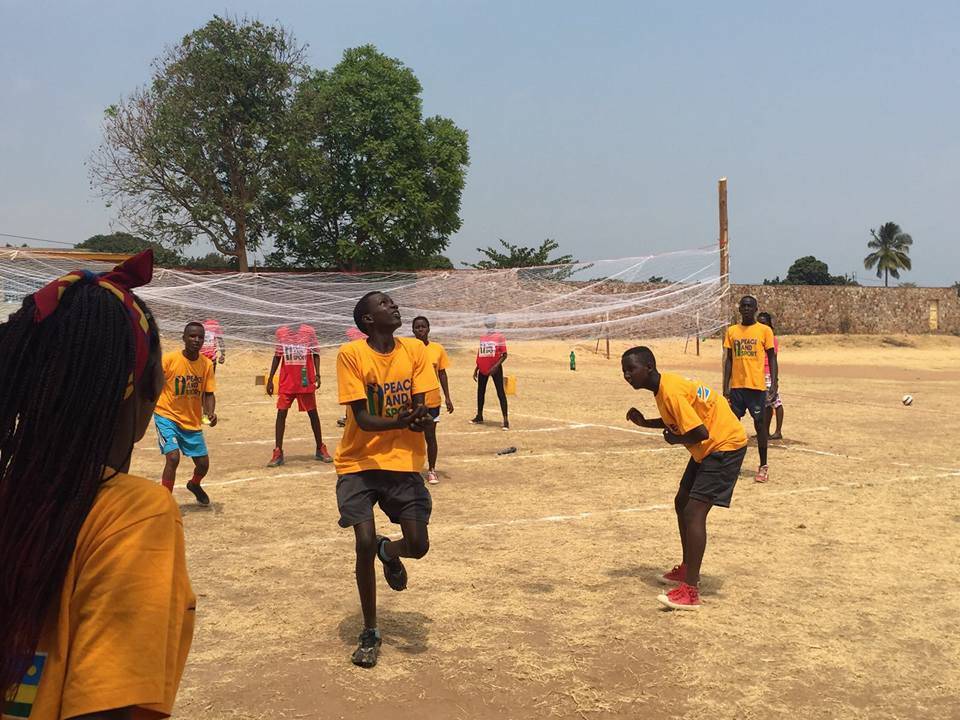 The eighth edition of the Friendship Games organised by Monaco-based Peace and Sport, in partnership with the National Olympic Committee of Burundi, has ended after a weekend filled with sport, training and intercultural dialogue in Bujumbura, Burundi. The event brought together 200 children from Burundi and the Democratic Republic of Congo to celebrate the role of sport in helping social change. Nine international federations joined the Champions of Peace – French Paralympic athlete Jean-Baptiste Alaize, taekwondo star Pascal Gentil and former captain of the French national rugby team Jean-François Tordo. During the two days of sport, workshops and training, children and athletes participated in 12 disciplines, all of which used the "Sport Simple", a concept that adapts the practice, equipment and rules of a sport to the resources and the local environment while promoting a "sport for all" approach. Boxing demonstrations were held in a "Sport Simple" ring, handmade with old tires, ropes and moss, while an exclusive Street Baseball demonstration was proposed by the International Confederation of Baseball and Softball (WBSC), with recycled equipment. [gallery td_select_gallery_slide="slide" size="large" ids="20633,20634,20632,20635,20631,20630"] The WSBC and the International Table Tennis Federation (ITTF) organised training seminars for Burundian coaches. These coaches will spread their knowledge across the country to share experiences with their colleagues. The International Basketball Federation organised a meeting between the Congolese Promo Jeune Basket team and the national junior team in Burundi, while the World Karate Federation offered training and materials for several workshops over the two days. Peacekeepers Pascal Gentil and Jean-Baptiste Alaize led a peace workshop in front of 60 children, through interactive conversation, testimony and exercises for self-building and conflict resolution. Jean-Baptiste Alaize, spoke about her war-torn Burundian childhood and the injuries she sustained and propelled her into her Paralympic career. The Friendship Games are organised each year by Peace and Sport and the National Olympic Committee of the host country, on this occasion, Burundi.