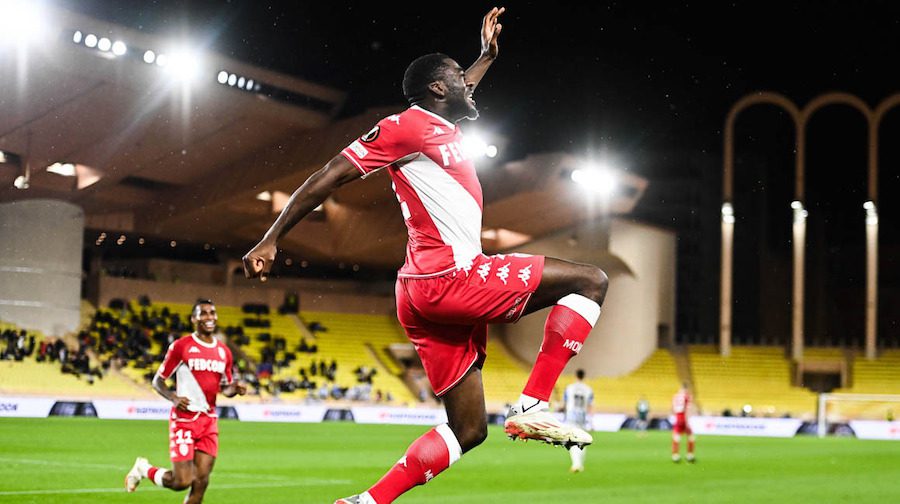 AS Monaco booked their place in the Europa league play-offs thanks to a hard-fought 2-1 against La Liga highfliers Real Sociedad, as Prince Albert II watched on from the stands.
Nico Kovac lived up to his pre-match promise of providing an attacking display as he named four attackers in his line-up as well as a pair of attacking wing-backs in the form of Caio Henrique and Djibril Sidibé. There was, however, no space in the matchday squad for Aurelién Tchouaméni who picked up a niggle in training, though Kovac assured that the injury wasn’t severe, stating that he was “very positive that he is able to play on Sunday”.
Despite the best efforts of a sizeable and buoyant away support, Real Sociedad failed to gain a foothold in the early stages. AS Monaco were able to control the match, but without posing a threat. That changed mid-way through the half, however, as a Kevin Volland tap-in sparked the game into life. Much of the credit for the opener must go to Aleksandr Golovin, who was a thorn in Real Sociedad’s side all night, as he laid the ball on a plate for the German striker to convert.
What followed was a frenzied 10 minutes of football. Aleksandr Isak restored parity with a cheeky chip past Aleksandr Nübel to send the away section into raptures. But that joy was short lived as Youssouf Fofana immediately restored ASM’s advantage, heading in from a yard out to register his first goal for the Principality side. 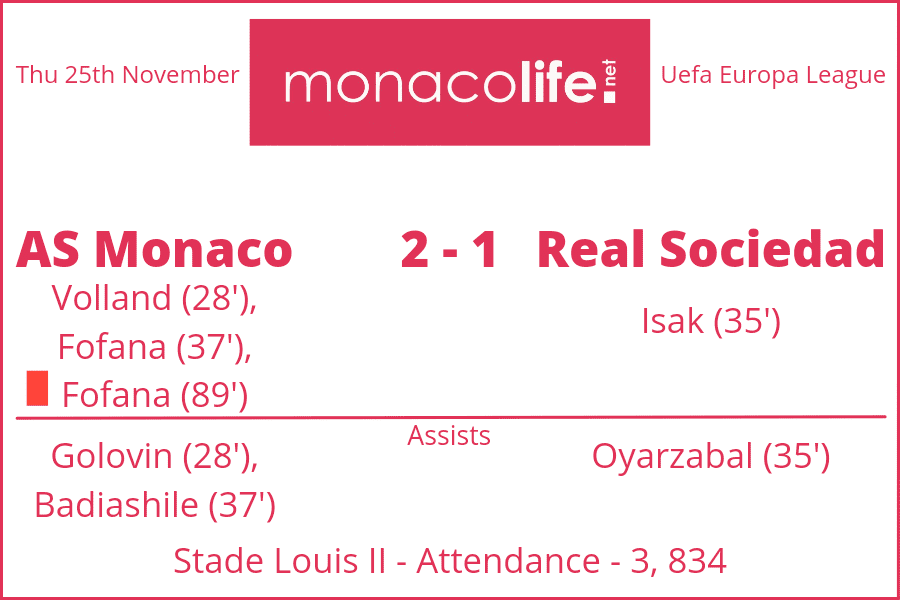 With a lead to preserve, the second-half was inevitably a much cagier affair, but ASM were resolute, sitting in a well-organised, compact low block. Real Sociedad were largely deprived of any chances, but were given a boost late-on as Fofana, having earlier scored, was harshly shown red for a late challenge. With only a matter of minutes to capitalise on their numerical advantage, Sociedad pushed for a winner. half-chances fell to Maxime Le Marchand and Mikel Oyarzabal, but neither could convert.
The tension in the stadium during the six minutes of stoppage time was palpable, as fans urged the referee to blow for full time. When the final whistle did eventually go, it was a moment of great catharsis; all of the tension gave way to jubilation as ASM secured their playoff spot in-front of Prince Albert II, who watched on, proudly from the box.


Kovac was understandably in good spirits in the post-match conference, and lavished his players with praise: “Today I am proud and happy with the team’s performance. This evening is proof that when you play with passion, you can earn good results. If we keep these ingredients, my team can do beautiful things.”
Kovac will be hoping for a similar display on Sunday as attention turns back to Ligue 1 with another match at the Stade Louis II against Strasbourg.