With her fleet of decked out shipping containers, Brandi DeCarli is revolutionising local food production and helping communities around the world to grow their own nutritious food with clean technology.
The Farm from a Box concept is as simple as it is innovative – equipping shipping containers with modern technology to make farming more efficient, more productive, and more environmentally sustainable.
It is helping to empower smallholder farmers – particularly women – who represent a major component of rural economies but who are often trapped in poverty and are vulnerable to the effects of climate change and drought.
Farm from a Box co-founder and SheEO Brandi DeCarli is a frequent global speaker on technology’s role in climate resilience, economic empowerment, and women’s leadership.
Monaco Life spoke with the US-based entrepreneur, who was a speaker at this year’s virtual Transition Forum.
Why was it important for you to take part in the year’s Transition Forum?
Our food system is a global challenge, as well as a global opportunity, and I think it is so important that food innovation be a part of the conversation, especially when we are talking about transitioning to a more sustainable future. Some of the smaller innovations, like Farm from a Box, can make a big impact on our food system, and it is important for us to learn about other innovations that are also happening in this space.

Where did the idea for Farm from a Box come from?
The idea came from a project that my business partner and I were doing with the United Nations Habitat (The United Nations Human Settlements Programme) years ago. We were using modified shipping containers to build a youth empowerment centre in rural Kenya and the project was very focussed on bringing in resources that the community lacked access to, primarily education, health and sport. We saw that there was still a foundational need of healthy food access missing, because the infrastructure was also not supported. That’s when we decided to take the same plug-and-play deliverable model that shipping containers allow, but basically outfit it with the components needed to grow food right there in the community.
What were the challenges when you first started the initiative?
There were so many, but I think primarily, because Farm from a Box is applying technology for outdoor crop production, it meant that we were dealing with a number of different variables because there are no two farm sites that are exactly the same – different soil, different climates, different users and different crops.
So, one of our biggest challenges when we had the concept 10 years ago was to take all of those different variables and make a system that can quickly adapt and respond, whether it is different pumping systems or different types of irrigation, for example, and bring them all together so they work in concert.
Are you happy now with the product?
It works beautifully. We have tested it in a number of different locations – from urban farms in California to really remote farms with the UN in Tanzania, and we have been able to make this system so dynamic that you can plug-in and plug-out different systems to make it adaptable to a wide range of climates. This gives us the opportunity to scale out in a number of different circumstances and environments.


For many of us who are privileged enough, food security is one of our most basic human rights that we often take for granted. So, it is hard to consider that access to fresh, locally grown food is really difficult in some areas…
It is, and at the same time while we certainly have the privilege of knowing where our next meal is going to come from, Covid-19 has shaken that foundation in populations that have never experienced food insecurity or never had to worry about where their food is going to come from – just by nature of the broken supply chain that we are dealing with. So, it is an interesting pre-cursor to climate change, and it is providing an opportunity to really fill those gaps in our distribution and start localising our food supply as much as possible right now.
Do you agree that food production isn’t just about producing healthy food, it is also about providing a network for the people who are growing those crops?
I love that you phrase it as a ‘network’, because farming – particularly localised farming – is such an anchor for the community. It brings people together, it becomes a source of collection for people to not only gather and get food but also engage with each other – to be integrated within the surrounding community, educated and working together.
When we shifted to an industrialised export-heavy food system, we lost our connection with the food that we grow, from both the environmental side but also that community anchoring side.
So, I think it’s really important that we re-establish that, because it has certainly built our resilience, but it also impacts our sense of wellbeing and connectedness within our community itself. 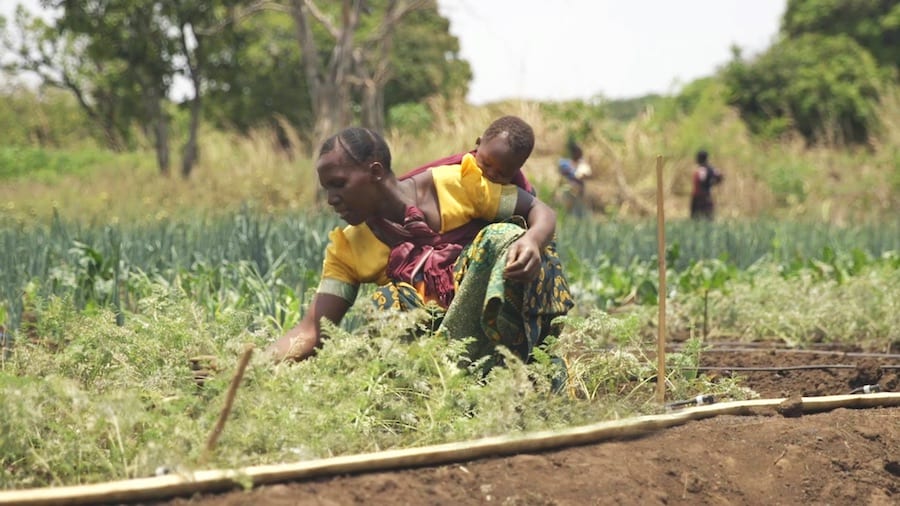 Who is accessing Farm from a Box and how does it get into these communities?
In areas that are underdeveloped, the government and NGOs are assisting in the establishment of this concept. Our system is a natural plug-and-play for starting a local production infrastructure in areas that have classically been dependant on grain-fed agriculture.
But it is also really applicable to commercial farming and to the growing local food movement even in urban and developed areas. We do a number of different projects with commercial growers – businesses who are looking to localise their production and keep things farm-to-fork.
It is also great in schools for reigniting interest in farming, because we apply a strong technology lens to production on the farm. It has shifted the perspective of youth getting involved in farming. They used to think farming is dirty, hard work. But if you are able to run the farm off of your iPhone and have it entirely powered by renewable energy, it changes the dynamic. It has been interesting to see the evolution of Farm from a Box.
How important is new technology in developing the food industry?
It plays such a key role. Historically, the mechanisation of our farms with tractors and large-scale farming practices increased our production. But now we are finding that most of that technological innovation was directed towards large-scale mono-culture farms. The opportunity that we have now is to switch that and bring technological innovation to small localised community farms, and make the industry much more sustainable. We are using less water, which is vitally important, but we are also using clean energy and precision agriculture that can help us grow more with less. 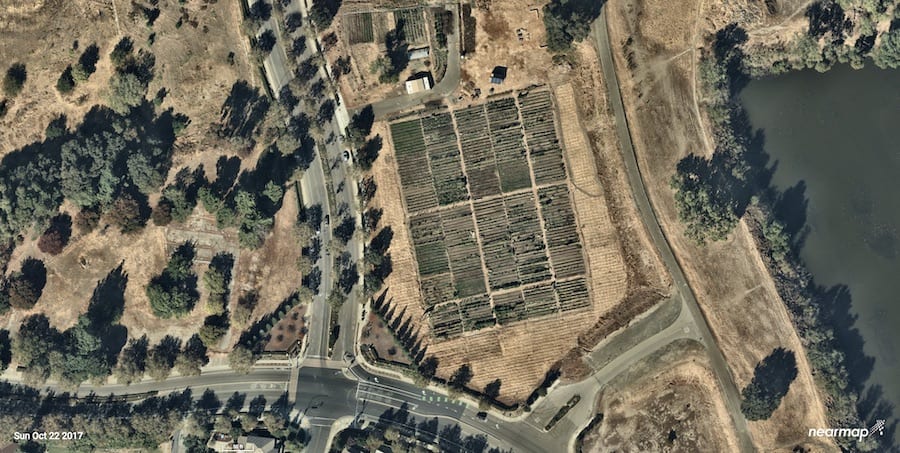 Is Farm from a Box a viable option in creating a sustainable flow of food agriculture?
An interesting direction we have gone in since Covid-19 has been applying our system in volume deployments, where instead of simply using one Farm from a Box in one area, we can deploy five to 15 and basically establish a brand new agricultural value chain in areas that were not previously very productive. So, it really shows a lot of promise for making a big impact in terms of what our global production is, especially in areas that are really struggling.
Have you found any particular crop that works best in this system?
Interestingly enough, the system is crop-agnostic, so it can support any crop from agriculture to horticulture. What we have found to be our sweet spot, however, is a combination of high-value irrigated crops – so anywhere between five and 15 different irrigated crops to make sure that there is a continual production all year round. The biggest value that we can provide is really in high-value irrigated crops, because we simply cannot compete on the scales of grain production.
Where do you see Farm from a Box going forward?
We designed this system to be a localised solution, but at a global scale, so we currently have a fabrication hub set up within the United States, as well as in Tanzania for the east African market, and we scale that production to South Africa, Uganda, Dubai and Kenya. Ultimately, we are working to create a global network of localised production hubs that can produce this structure directly in the country and really help communities jump start their local production.
From a personal perspective, how does it feel to be working in an industry that you know has such an impact on people’s lives?
To be a strong mission company that is also a for-profit… it certainly gives you a good reason to wake up in the morning, especially when we are talking about food security and food resilience in the environment. But it is also Farm from a Box’s potential impact on society and ability to empower people that is exciting.
Finally, you are a SheEO Venture, can you explain for us what that is?
SheEO, aside from being the most creative name for women CEOs, is a global network of women investors who are coming together and supporting women-led companies – which is certainly an area that is terribly under-funded and under-supported. This network, in addition to providing funding, also connects members with business mentors and a global network of women that make introductions, help out with questions – it is a really active network. SheEO is pretty phenomenal.

Photos courtesy: Farm from a Box

From 28th May to 25th June, Transition Forum is livestreaming interactive discussions with innovators, business leaders, policymakers and investors on scaling up climate action. Monaco Life readers will receive 15% OFF tickets with the code TF20-Monaco. For more information, visit the website at transition-forum.org

It’s time to scale up