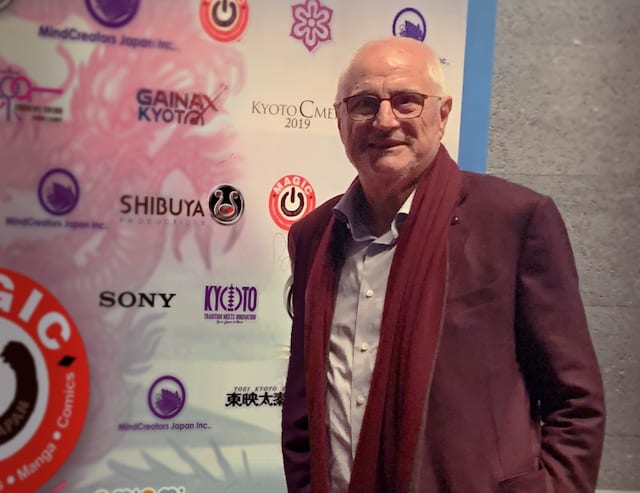 The global fitness industry is worth roughly €100 billion a year, an enormous sector which was effectively shut down last month as fitness studios and gyms closed their doors amid the coronavirus pandemic.

While the crisis has been catastrophic for the physical fitness industry, it has provided the digital fitness industry with fertile ground to penetrate the market and establish itself as a long-term major player.

One such digital fitness device is Activ5, developed right here in the Principality by Dr. Kostadin Yanev and the team at Shibuya Productions.

Business & Finance Cassandra Tanti - November 29, 2019
The government has announced plans to work with Amazon Web Services to create a hybrid cloud for the Principality, signalling a major step in Monaco’s digital transition and its efforts to build and safeguard the economy. This latest move is part of the dynamic strategy that Monaco has of being a leading digital player thanks to the ‘Extended Monaco’ program launched by HSH Prince Albert II last April. At the same time, the Prince's Government is examining the establishment of a Monegasque company to operate this cloud. Hybrid cloud refers to a mixed computing, storage, and services environment made up of on-premises infrastructure, private cloud services, and a public cloud — such as Amazon Web Services (AWS) — with orchestration among these various platforms. In concrete terms, this cloud will make it possible for the government to implement and accelerate public digital initiatives such as e-government, education and healthcare. The cloud will, for example, be the basis of Smart City services for better mobility management in Monaco. It will also boost the Principality’s economic attractiveness by offering players access to the most advanced digital solutions while reducing IT costs and increasing the security of infrastructures. The Monegasque cloud infrastructure will offer access to all services while providing sovereignty and security for the data that will be hosted in the Principality. Monaco will therefore be one of the few states in the world to have a sovereign data hosting structure.

Shades of Sir and Lady Green 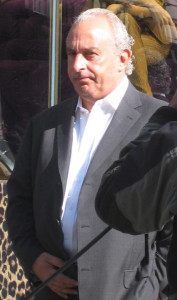 Former BHS owner Sir Philip Green Photo: Katie[/caption] Money Week, which describes itself as the UK’s best-selling business weekly, and the well-respected Sunday Times have been taking a look at Monaco and its connections with Sir Philip Green and Lady Tina, or rather, their connections with Monaco and an emerging image problem. Starting with the rather overused Somerset Maugham’s saying about “a sunny place for shady people”, which the writer applied to the entire Riviera and not just the Principality, the journalists speculate about the future residency of Lady Tina and alleged concern in high places that Sir Philip Green is giving the principality a bad name. In the light of all the publicity about BHS, even Monaco, says Katie Glass in The Sunday Times, “felt squeamish” watching the king of UK retail take possession of a new £100 million yacht. One of his neighbours thinks he’s “dragging the whole principality into the dirt”. Glass describes Le Roccabella, the building where he has an apartment, as “an ugly beige rectangle with orange awnings flapping over narrow balconies”. Ugly, yes, but not cheap. You won’t get a flat in the 27-storey block for less than £20 million. But while the architecture may be as overrated as the beaches, Monaco has its advantages if you don’t like tax. And if you want to show off. “Rich people come to Monaco to peacock,” explains a regular. “To parade their new bigger boat, the new car, the new girlfriend.” Gaudy displays of wealth, says Glass, are encouraged and everyone looks like Philip Green: “Ronseal tan, thinning hair, mobile phone glued to hand”. Glass walks to Twiga, where two Russian footballers allegedly spent £210,000 on 500 bottles of champagne, then goes to Alain Ducasse’s restaurant, La Trattoria, one of Green’s favourites, where you can get lamb chops for £38. “I sit beneath pink-lit palm trees and faux Roman columns wondering if this was where Green planned his toga party 60th birthday, when he blew £5 million flying 200 people … to Cyprus.” It’s just the place where Green would fit in, says Glass. “I hear he likes it flash.” A Monaco neighbour describes him as “rude and nasty … He always to a certain extent paid for his company by entertaining people to such ridiculous extravagance that they’d go along because they fancied the party rather than because they liked him. But once you’ve gone past a certain point of reputation, even the inducement of being flown around the world or staying in a sumptuous hotel isn’t enough.”