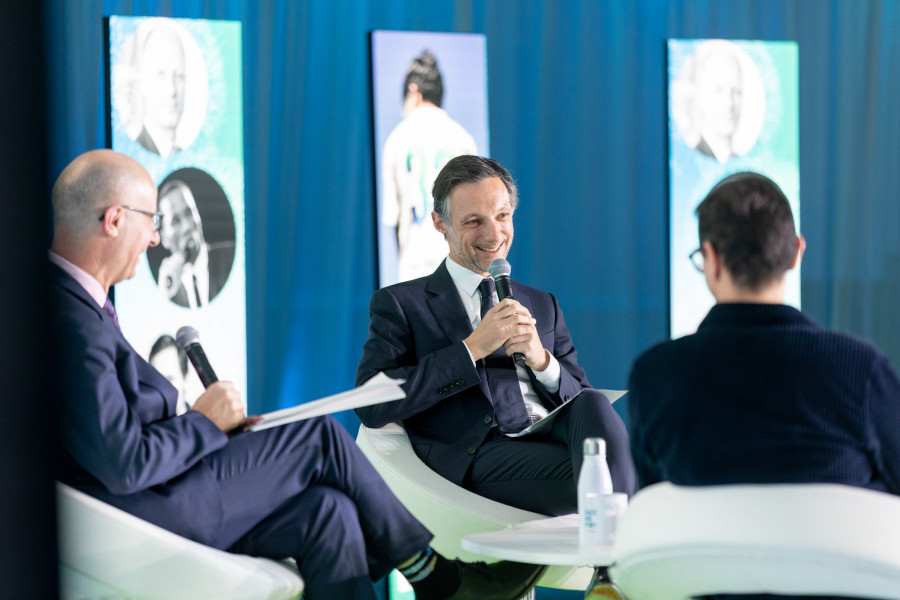 The intertwining of sport, politics and societal outcomes is increasingly scrutinised, something felt particularly keenly during one of the most divisive major sporting tournaments in history: the Qatar World Cup, which has highlighted societal divides on issues such as LGBTQ+ rights and has rightfully led to questions on the role that football, and sport more widely, plays in either exacerbating or bridging those divides.

At a forum hosted during Peace and Sport by the director of the United Nations’ Communication Department, Maher Nasser, de Witt spoke to Monaco Life about the role football has in uniting values and communities from his perspective as the CEO of a club that is a leading partner of Peace and Sport.

Monaco Life: As a major partner of Peace and Sport, what are the major values that you both hold to heart?

Jean-Emmanuel de Witt: The values are those of tolerance, of kindness and of peace, which are promoted by Peace and Sport, the Principality and by extension, us. Our co-operation with Peace and Sport is very natural because we have common origins, common values and a common geography, so it was natural for us to associate ourselves with them.

How does AS Monaco as a club transmit these values? Is social media a major tool?

We have lots of tools. On the one hand there is the power of social media, then there is everything that we do with Peace and Sport, where we give visibility on the back of our shirt. That visibility is considerable. That then filters back into social media, where our followers ask themselves about Peace and Sport and that shows very strongly our commitment. There are then all the interviews that we do with our players, whether they be young players from the academy or professionals. There is, in certain cases, the support that we give to players that are themselves committed to a certain path. I’m thinking notably of Mamadou Coulibaly, who is our Junior Champion of Peace, and who himself is very engaged.

Do you expect players to be more vocal on social issues?

I think it is an inevitable trend. We are dealing with young communities because young people are very interested in football, and the players themselves are very young. Young people are increasingly committed to making a better world, and the fact that we have players committed to playing such a role is a result of the education that we offer them. At the academy, we are involved in around 50 societal [and] responsible actions shared with the players. There is a change of mentality and education on top of that and therefore more players will be more and more visible in making their voices heard.

Is this image element also a factor in recruitment?

When a club buys a player nowadays, the club pays special attention not only to his sporting qualities, but also his image. A club doesn’t want a player that can damage the image of the club. Image is indissociable from performance.

Would you say also that sport is also indissociable from politics?

There are multiple aspects to this. We are lucky to be a club in a country whose values we share and vice versa. There is for AS Monaco and the country of Monaco a total alignment. That’s very lucky because it’s not always the case. Then there is the role of football and of sport in its entirety, and that is to unite values, whilst politics fails to do so. And they fail either because they aren’t active enough or because there are political constraints that mean that they can’t bring about changes.

Is it your intention to intensify these commitments at AS Monaco?

It is something I have done throughout my career. I have lived through numerous phases. Initially, you did business and we profited from business to do something good, to play a role in society. We are now in an era where playing a role in society is necessary to do business.

Photo by Peace and Sport