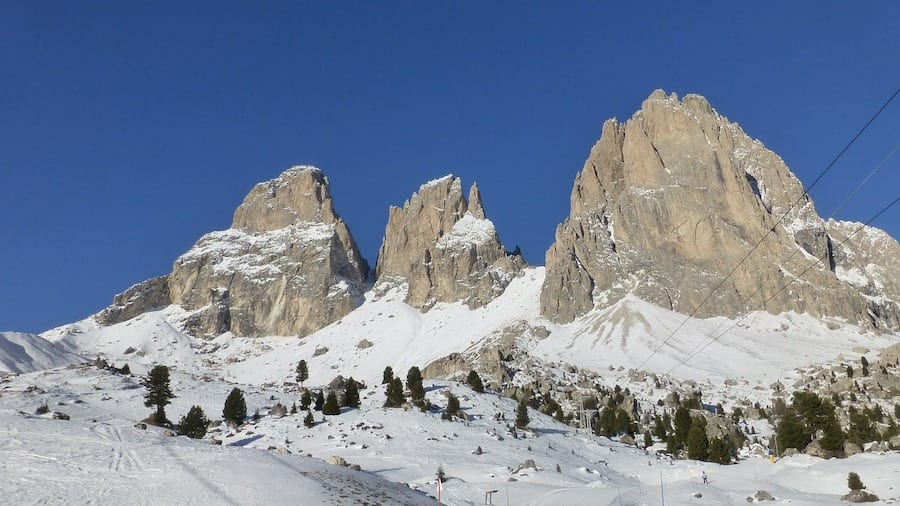 Ski resorts in Italy will not be able to open as planned this winter season following a last-minute backtrack by Italy’s government on the weekend.
According to a statement by the health ministry, Minister Roberto Speranza has signed a measure prolonging a ban on recreational skiing at resorts until at least 5th March.
It comes as new figures from the ISS, the country’s health agency, indicated that the British variant of the coronavirus now represents around 17.8% of new infections in Italy.
“Concern about the spread of this and other variants of SARS-CoV-2 has led to similar measures being taken in France and Germany,” the ministry said.
Italy’s northern regions were anxiously awaiting the reopening of ski resorts, announced by authorities just last week, including the nearby snow region of Limone Piemonte. The decision to open was based on favourable advice from the expert panel advising the government on the Covid-19 pandemic.
The ski industry slammed the last-minute timing of the decision, saying that they have prepared slopes and lifts, and hired staff, only to have been denied permission to open just ahead of the February holidays.
“The (ski) stations have invested a lot to prepare the slopes, hire personnel, get organized with hoteliers. A lot of money was invested and yet again our world is heavily penalised,” said Flavio Roda, president of the Italian Winter Sports Federation.
According to Italian media reports on Monday, the decision to block the reopening of ski resorts has come from Italy’s new Prime Minister Palazzo Chigi, and more restrictions are expected to be implemented soon.
Under the previous government, restrictions in Italy were loosened over recent weeks with health experts saying the country was “bucking the trend” of Europe.
The new government, however, is under increasing pressure to change Italy’s strategy in dealing with the pandemic and to reinforce similar measures to France and Germany.
Also on Sunday, new restrictions came into force in the regions of Abruzzo, Tuscany, the autonomous province of Trentino, and Monaco’s neighbouring Liguria region, which were all moved up to the medium-risk “orange” category from “yellow.”