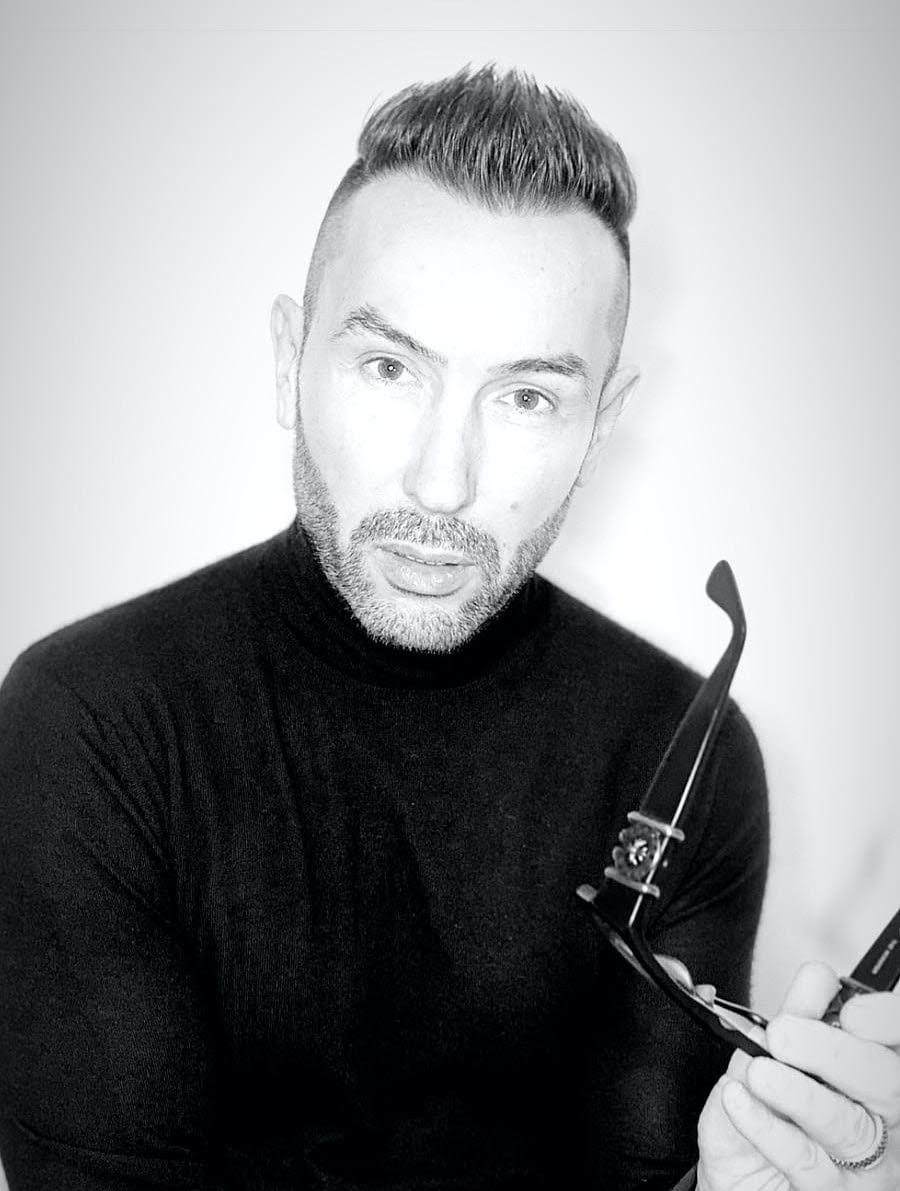 Simon Pavitt, pioneer in helping remarkable individuals with their ‘Capstones’, talks to Jeremy Williman (commonly known as Jez), the British Entrepreneur and former chief executive of Tensator, the world’s largest crowd control company. The retractable barrier system ‘Tensabarrier’ will be familiar to anyone queuing in venues from airports to clubs to cinemas. Jez scaled the company into a global business before embarking on ‘Dragonfly’, his new Capstone project – a hyperscooter bringing luxury to the future of micro-mobility.

So, Jez what is your vision for the future of residents in Monaco?
People want to get about town as frictionless as possible. Taxis are ok but there’s often traffic. People want to avoid public transport due to Covid-19. Walking is a joy except for Monaco being so hilly and most of the time you need to be somewhere faster than at walking pace, not arriving drenched in sweat. E-scooters are flexible but we wanted something luxury, more powerful and yet safer. We have built a new vehicle which is the world’s first luxury hyperscooter. So, for me, the future is using a Dragonfly – the urban-mobility equivalent of the supercar. The vision is a Monegasque darting around the Principality on a Dragonfly. 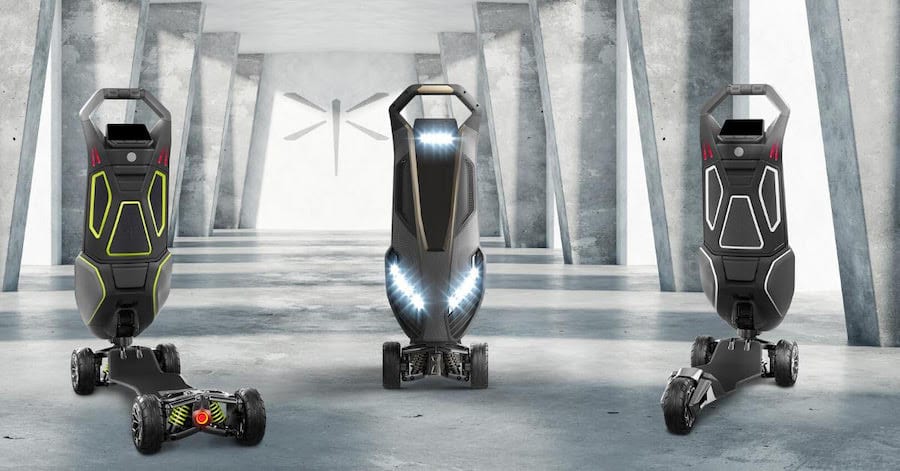 Let’s go back to what we call the cornerstone phase of a career: growing up and some of the defining moments in getting you to where you are today. Can you tell us more about your early years?
I grew up with severe dyslexia. I really did think I was the stupid kid in the class. I just couldn’t understand why certain tasks were a challenge to me and not anyone else. But I was a hard-working kid and the minute I finished school I got an apprenticeship at a local engineering firm in the Midlands. I studied for an HNC in Mechanical and Production Engineering and would sneak back in the office to finish off projects late at night after classes. I started to receive recognition and was given more and more responsibility. I enjoyed the engineering aspects of business. One day a management consultant just said to me, “You do know you have severe dyslexia?” I was like “huh- makes sense”. It gave me confidence to follow my own path, trust my instincts, take risks and accept that everyone is different. It helped me understand my strengths and weaknesses.
Next is what we call your keystone phase. We consider this the time you make your mark, the ‘middle age’ where you make a dent in the world, create and achieve success. When would you say that happened?
Things took off for me when I saw an opportunity to make a product that was sat there not being the core focus of the company and take it to the next level. I took a risk, pitched my idea to the board, convinced the then-Midland Bank to give me a loan and I bought Tensator from Autoliv.
I grew the business to the largest crowd control company in the world. It was all about being an expert in two things: the psychology of queuing and the ability to scale manufacturing and distribution. In 2008 I felt I had reached the top of my game with Tensator, we were selling in 152 countries and had over 2,000 distributors all over the world. Not surprisingly, given I was the expert in barriers, I felt hemmed in (excuse the pun!) so I sold the business.
Now onto our focus, the capstone phase. We like to look at what someone does after they’ve made their money and fulfilled many ambitions already in life. What did you do next?
I conceived the Dragonfly when I was sat in my apartment in Monaco. The day before I had been riding my bike in the hills with my local fitness cohorts Jenson Button and Thor Hushovd. I had completely destroyed my knees. It was the 2017 F1 Grand Prix weekend and I was wondering how I was going to get around. I drove a lot of scooters but none of them were practical or felt safe. I found that build qualities were poor and they were a bit of an eye sore. My passion for designing a game-changing new vehicle started. It became an obsession. I put my own money in, refused to cut corners and sourced ‘automotive grade’ manufacturing, advanced materials, cutting-edge engineering and technology. I had a few key criteria: 1) I wanted something I’d be happy to let my wife ride in terms of safety; 2) I wanted something that was aesthetically beautiful, something people would be proud to have on display and not want to hide; 3) An exhilarating ride that brought joy each time it was used. I think we’ve got there.

It seems barriers are the connecting theme. First it was about improving the experience of queuing through smart barriers, now it’s about removing barriers in order for people to have frictionless mobility…
That’s a nice way to put it. In the end though it’s about solving the problem of getting to a destination and enjoying (even whilst queuing) the experience. You would see my products being used in every airport in the world. I want the same buzz by seeing Dragonflies in Monaco. If my keystone was to be a specialist in the business of queue control, now it’s the fact I might be bringing a bit more freedom to people’s day to day. Plus, I hope I am doing it with style. Monaco needs a super cool product to match its racing car status and heritage.
What is driving your passion?
This has been about a passion for design and performance engineering. I have immersed myself in creating full tilt technology to provide a three-dimensional way to steer, carbon fibre composites and KERS (kinetic energy recovery systems). I’ve taken design cues from the likes of F1 and one of my hobbies: kite surfing. It influenced the experience of riding a Dragonfly. I feel immensely proud of where it’s got to already. It’s not about the money.
That said… no one likes to lose money. I didn’t set out to be a leader in micro-mobility but hopefully that’s what we will become. The e-scooter market was expected to reach $30bn by 2030. That estimate was before Covid-19…  it has now been revised and is expected to be $42bn.
Why do people undertake capstones?
It’s a unique moment when you have sold your company. It took me some time to adapt to not being the decision-maker at Tensator. I’m 52 so I still have plenty of energy and ideas. It initially left a bit of a void. Then once you’ve taken stock, the shackles are off and you can think more freely. This project is all about exploring and adventure as much for me as what the product will enable people to be able to do with it. Being in Monaco definitely helped provide inspiration for the project.
Can you give us a few final thoughts around the Dragonfly?
I keep thinking about the floods of people that come into the Principality during the iconic events that are hosted. It could really help solve the problem during the busy weekends. I also envision every yacht having their own Dragonflies. So when they dock in Port Hercule or Fontvieille harbour, they take a Dragonfly to get about town. I think of friends sitting in their apartments happily looking at their Dragonfly proudly out on show. Imagine the Hôtel de Paris, the Hermitage Hotel and the Metropole Hotel all having Dragonflies available for guests to use.
Whilst 70% of the world’s journeys are less than 5km, in Monaco close to 100% are less than 5km! I hope this proves to be the way forward.

More details about the Dragonfly can be found here: https://www.d-fly.com/