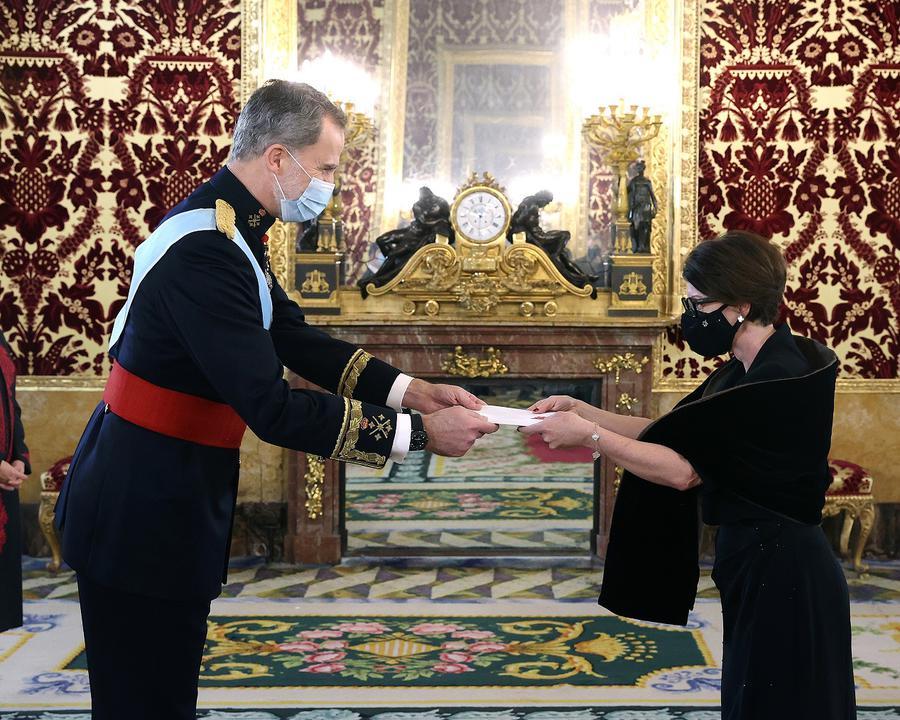 Catherine Fautrier-Rousseau is officially the new Ambassador to Spain after presenting her Letters of Credence to the country’s king at the Royal Palace in Madrid.

Catherine Fautrier-Rousseau took on the role in October in 2020, but the deal was sealed on 29th January when she met with Spanish King Felipe VI to give him her Letters of Credence and officially take up her post.

The ceremony took place at the Royal Palace and was followed by a private interview between the King, the Minister of Foreign Affairs, European Union and Cooperation, Arancha Gonzales Laya and Ms Fautrier-Rousseau.

Amongst the various issues discussed, the topic of the health crisis was most prevalent, with both sides speaking of the consequences linked to it.

Protection of the environment was also a top issue in terms of the challenges for future generations as well as what points of collaboration could be carried out between Monaco and Spain.

King Felipe VI, who is interested in the impact of pollution on ecosystems and on urban populations, asked specific questions relating to the Principality’s energy transition programme, noting the Ambassador’s expertise would be welcome on the matter.

Common ground was also found in relation to protection of the Mediterranean. This opened up the chance for the Ambassador to discuss the commemorations in 2022 of the 100 year anniversary of the death of Prince Albert I and the friendships he maintained with the Crown of Spain throughout his reign. Several events will therefore be organised on Spanish soil.

Finally, both sides agreed they would be happy to continue to strengthen ties between the two nations.

Business & Finance Cassandra Tanti - April 28, 2022
Forbes Travel Guide has announced its 2022 Star Awards for the world’s most outstanding hotels, restaurants and spas. Among them are the Hôtel de Paris and the Hôtel Hermitage.