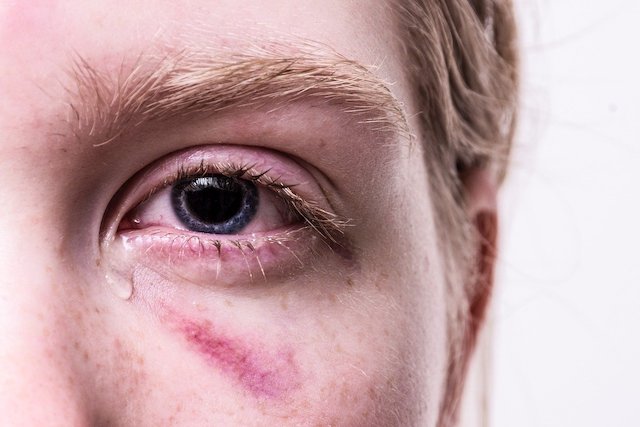 Monaco is exploring the idea of introducing covert contact points throughout the city for victims of domestic violence as it prepares to adapt to the constraints women are facing amid the coronavirus lockdown.
The French government this week announced that temporary contact points will be introduced in pharmacies and pop-up support centres established in shopping centres, after figures showed that reports of domestic abuse to police had jumped more than 30% after the restrictions came into force. The cases included two murders.
“We are studying the implementation of additional arrangements such as the one launched in France, or using new digital communication tools,” Céline Cottalorda, Monaco government’s delegate for the Promotion and Protection of Women’s Rights, told Monaco Life. “It is more difficult if not impossible to escape from an attacker under these particular conditions… but containment should not be synonymous with powerlessness or impunity.”

As cities go into lockdown across the globe to save lives, women face a living nightmare of weeks in isolation at home with a violent partner.
“Women will be more vulnerable because they won’t be able to go out, go to work, socialise, see friends and seek potential help,” says Vibeke Brask Thomsen, Director of Monaco-based women’s rights group She Can He Can. “Alcohol can also be a factor and many perpetrators have more time to drink while in lock down. It’s a very dangerous situation for many women to be in as they are confined 24/7 with the perpetrator.”
According to Céline Cottalorda, Monaco’s authorities are yet to report any significant rise in cases. “Since the start of confinement, social services have not been aware of any specific situations of domestic violence, nor has the Association for the Assistance of Victims of Criminal Offenses (AVIP),” said Ms Cottalorda. “Police have also not seen an increase in the number of cases.”
But it is unlikely that Monaco is immune to the phenomenon. In Italy, calls to helplines dropped sharply in the first weeks of lockdown, as many women couldn’t make contact for fear of being heard by abusive partners. “Many cases of domestic violence also don’t get reported, so there are more situations than we are aware of,” added Ms Brask Thomsen. “I expect the numbers to go up as there’s a lot of pressure on many people who have to stay home, who might be losing their income and face additional stresses at the moment.”
Ms Cottalorda expects the next IMSEE study on ‘Violence Against Women in Monaco’, due in January 2021, to provide more detailed information on the impact of confinement, “even if the psychological and human aspect is more difficult to quantify.”
Currently, the first line of support for women in the Principality is by phone on 0800 91 90 10 or 17, and 93 15 30 15 for emergency cases. For those who are unable to call, or feel uncomfortable doing so, there is support by e-mail on avip@monaco.mc or daso@gouv.mc.
If temporary contact points and new digital methods are introduced in Monaco, as indicated by Ms Cottalorda, it is likely they will be accompanied by an extensive awareness campaign.
“I would also like to see more information on social media and even a messaging service via selected social media platforms that women and girls can access more easily,” says Ms Brask Thomsen.

According to the first ‘Violence Against Women in Monaco’ report in January 2020, the average age of male abusers is 39 to 42 years, and 37 for women, which means that young children will likely be at home witnessing the abuse or receiving it. Two vital services for the protection of children remain operational in Monaco despite the lockdown – the Department of Social Action and Aid (DASO) which has a daily hotline, and the Directorate of Public Security, to protect children who are subjected to or witnesses to violence.
“Children are not in school at the moment so they are more likely to witness violence and also to feel powerless as they can’t escape or go out,” says Ms Brask Thomsen. “I hope that the older ones are able to stay in touch with their friends and/or teachers via email, text messages or social media so they know this can be a way to reach out for help.”

Statistics show that less than 40% of women who are experiencing violence actually seek help. Those who do tend to turn to friends and family members, and very few seek the help of police.
“It is not easy to speak up when one is the victim of violence because there is often shame mixed with a psychological hold,” says Monaco’s delegate for women’s rights, “hence the difficulty of going to file a complaint with the police. This is why help and listening services are important. They provide support and advice on how to get out of a violent situation.”
Friends, family and neighbours of victims are encouraged to contact the police on 17 or 93 15 30 15.

Monaco’s standard protective procedures remain in place despite the lockdown, and “the Directorate of Judicial Services maintains emergency treatment of domestic violence cases, which makes it possible to take measures such as removal orders during the confinement period,” explains Ms Cottalorda. Importantly, this involves the removal of the aggressor, not the victims.
Given the surge in cases in France, the government announced it will pay for up to 20,000 hotel nights so that victims can escape abusive partners.
Monaco’s delegate says the Principality is similarly prepared to accommodate victims. “In case we need to give shelter, and in the case it is not possible to use hotels, given the situation, emergency apartments will be offered to the victims.”

Despite activists’ best efforts over the years, spousal abuse is still considered a “woman’s problem”, not a “man’s problem” – an issue which Monaco’s new committee will be addressing as a priority in 2020. “We are working on an ‘inclusive’ campaign to integrate men and women on issues of equality and violence,” reveals Ms Cottalorda. “It worked well with the 8th March campaign involving a mix of professions. On the subject of violence, we must find ways to speak to men, without aggression or guilt, but by making them participate more in the process of changing mentalities. Everyone must realise that improving the rights of women is good for society as a whole.”
In the meantime, the director of She Can He Can recommends some coping mechanisms for men.
“During lock down, I would recommend to go for a run, leave the situation, focus on something else,” advises Ms Brask Thomsen. “It can be work, TV, reading a book, leaving the room, taking a nap, listening to music or doing breathing exercises – if you feel anger or frustration building up.”

If there is one thing this lockdown has shown us, it is that society is very capable of caring for its citizens, particularly the most vulnerable. “Take care of others as well as yourself during this time,” pleads Ms Cottalorda. “I know there are tremendous outbursts of solidarity taking shape. So, if you are a direct or indirect witness to violence do not hesitate to raise the alarm. In Monaco, the proximity and availability of the police services are an additional advantage in the fight against this scourge. We must take advantage of it.”