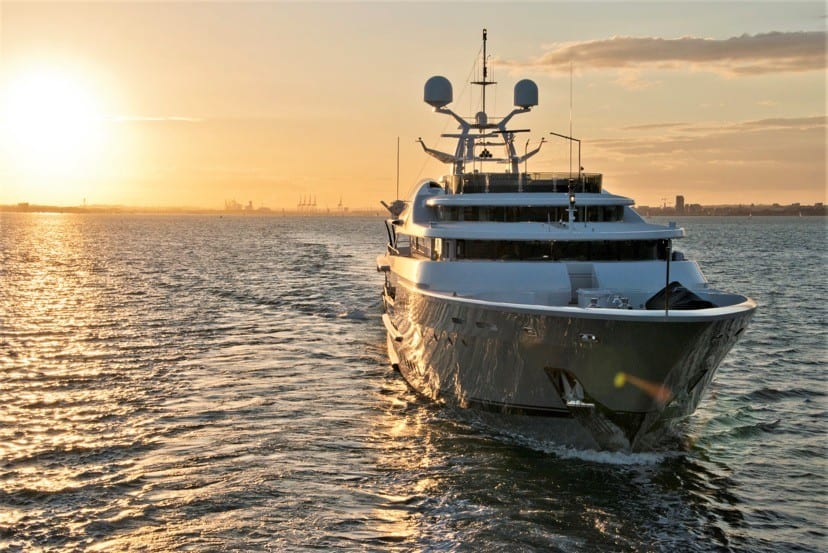 After a lengthy refit, M/Y Tacanuya has now been delivered to the owner’s team and is en-route to the Mediterranean. This follows recently completed works, in the UK, on both M/Y Force India and M/Y Lady A.

Lord Sugar, the Owner of M/Y Lady A, said: “Refitting Lady A at home in the UK was a real, genuine, pleasure. The team at Burgess Marine know their stuff and the quality of the end product is simply outstanding. Owners that have made their money in the UK should definitely consider spending it in the UK with the likes of Burgess Marine; British engineering and workmanship is something to be really very proud of – on the South Coast there’s the ‘know how’ and passion to make the most challenging refit a reality”.

Nicholas Warren, the CEO of Burgess Marine said: “Our facility in Portchester is perfect for a winter refit.  The devalued pound coupled with our exceptional British craftsmanship really does make our refit solution both great value for money and well worth further consideration.”

“To see what can be done, you’ve only got to look at M/Y Lady A, exhibiting at this year’s Monaco Yacht Show with Edmiston; she’s a superb example of what can be achieved by bringing your Superyacht to the UK for a major refit” added Warren.

Burgess Marine’s Portchester facility is adjacent to a 60m 1000T Rolls Royce syncrolift facility and is situated at the top of Portsmouth Harbour.

The Burgess Marine team are attending the Monaco Yacht Show and M/Y Lady A can be viewed at the show via Edmiston.

Local News Staff Writer - April 4, 2017
https://www.youtube.com/watch?v=Eouf2_KxiHg More than 200 people from 470 member companies and key players in the Principality attended the recent Annual General Meeting of the Monaco Economic Board (MEB), when the 2016 report and programme for 2017 were submitted and approved and, as happens every three years, the Steering Committee was elected. At the end of the AGM, Minister of State Serge Telle reiterated the government’s strong support for activities undertaken by the MEB. In 2016, 50 initiatives targeted new investors and supported the growth of Monaco companies as part of its mission to seek and support foreign investors. The Monaco Invest team operated often in partnership with other institutions, both in the Principality and abroad, which led to more than 30 applications being logged from potential investors who meet Monaco’s needs. Agreements were also signed this year with foreign business organisations that have a base in the Principality (Italy and Brazil). Meanwhile, thanks to its many partners, the Monaco Chamber of Commerce ramped up its activities to support Monaco companies. Locally, these included the ever-popular Members’ Rendezvous, as well as conferences, and hosting foreign delegations, with trade missions to Brazil, Russia and Azerbaijan. [caption id="attachment_14887" align="aligncenter" width="640"] 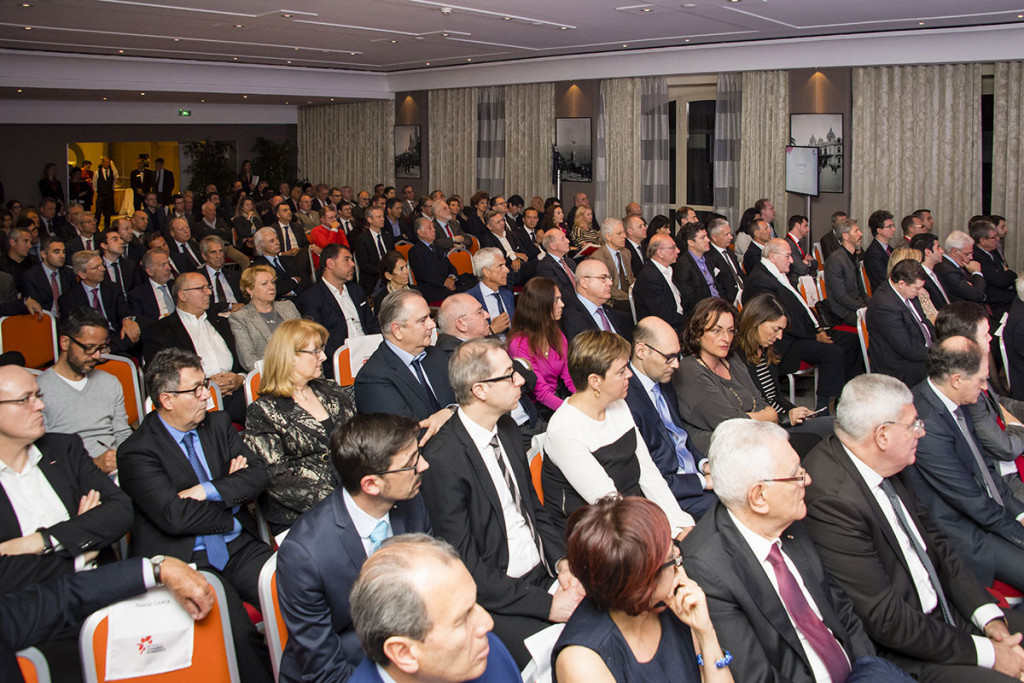 Photo: MEB/Réalis[/caption] A barometer of Monaco’s economy, the international procedures department processed a total of 6,500 documents, representing a 4.2 percent increase in turnover on 2015. On the communications front, apart from promoting activities all-year-round, a highlight was the fifth Eco Awards, which put the spotlight on six remarkable companies in the Principality. Looking ahead, highlights include trade missions to Slovakia and Moldavia accompanying official visits by HSH Prince Albert II (May 1-5), Israel (June 19-22) and Kazakhstan (July). Prospecting operations to London, Switzerland and Italy are also in the pipeline targeting suitable sectors such as Family Offices, yachting and ICT. Back home, visits by foreign delegations, conferences and networking events give member companies a variety of opportunities to grow their business. Concluding the AGM, Minister of State, Mr Serge Telle, reminded the meeting that “the MEB is a major strategic partner for the government, as we work together year round in pursuit of the same objectives the development, reputation and attractiveness of the Principality” as a business destination. 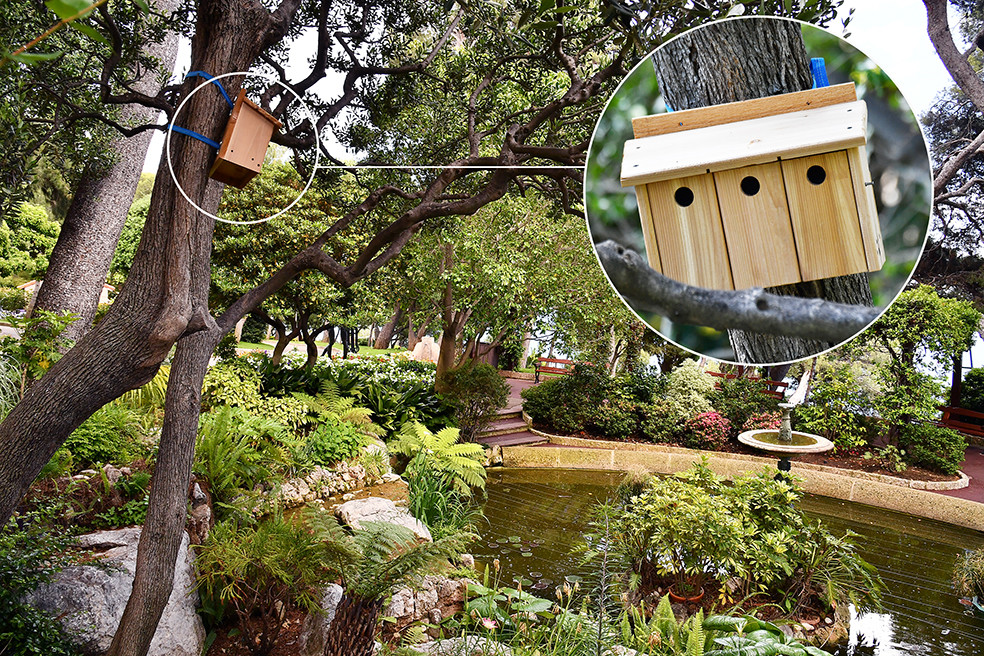 Photo: Michael Alesi/DC[/caption] Many species of birds occupy cavities, such as hollow trees, interstices on a facade or the spaces under a roof to shelter in the winter and nest in the spring. In an urbanised environment like Monaco, where natural shelters are becoming more rare, man can intervene to provide suitable nesting places. Monaco’s Environment Department has taken up the challenge and is installing artificial nest boxes to encourage the nesting of a number of bird species in parks and gardens. In addition to contributing to the conservation of bird populations for their own sake, these boxes help the nesting of small insectivores for natural parasite control. Some nesting boxes are being set up in places with an educational focus to help the study and monitoring of bird populations of scientific interest. [caption id="attachment_31074" align="alignnone" width="927"]

Photo: Michael Alesi/DC[/caption] The target species are mainly sparrows, already accustomed to an urban environment, as well as two small raptors – the Scops owl and the kestrel. A preliminary study, carried out by the Conservatoire d'Espaces Naturels of Provence Alpes-Côte d'Azur, identified the nest boxes best adapted to these species and chose the most suitable locations in the gardens and parks of the Principality. In addition, as part of interdisciplinary practical training in life sciences and technology, nesting boxes for great tits have been designed by a third class of College Charles III and installed in Monaco’s gardens.