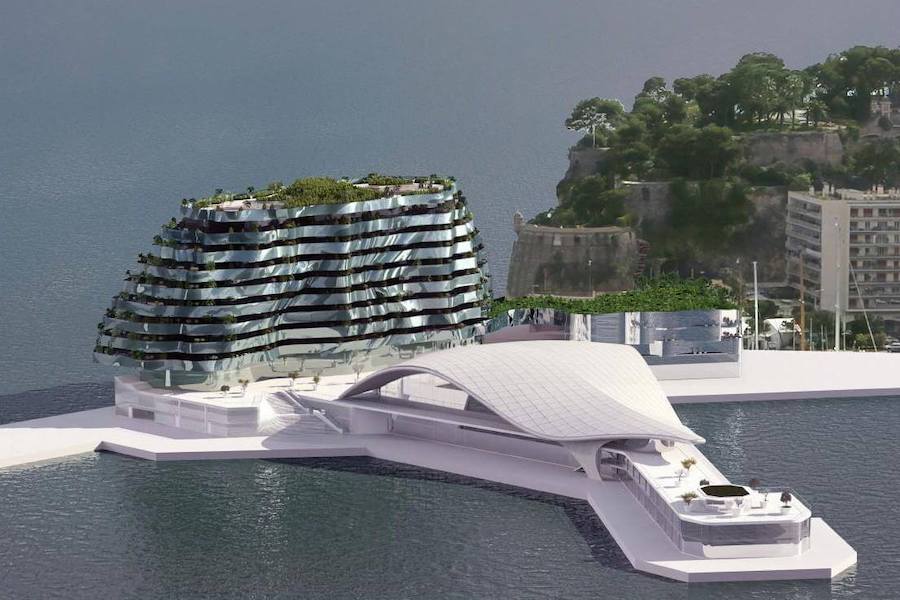 The National Council has passed a landmark law that allows the State to benefit more from private development in the Principality, while paving the way for the long-awaited new real estate project at the Esplanade Les Pêcheurs.

The controversy surrounding the Esplanade Les Pêcheurs site, which has been ongoing since September 2014, may finally be at end with Law 1057 passed by a majority of the National Council on Wednesday 27th July. The law decommissions the plot of land belonging to the State, allowing for the development project to begin.

The saga began when the State signed an agreement with SAMEGI, now the Caroli Group, and underwater archaeologist Franck Goddio. It then withdrew its bill to decommission the land a year later over concerns that the real estate project didn’t fit in with the needs for the organisation of the Monaco Grand Prix. After numerous court battles between the State and the promoter over the following years, the Supreme Court decreed in June 2020 that the State pay a sum in principal and interest equivalent today to 155 million euros.

Prince Albert then intervened and instructed his government to find a more amicable solution. Negotiations took place between all the interested parties, namely the State, the organising authorities of the automobile events, the promoter and Franck Goddio. A modified project was put forward, which included a premises for the State and a smaller private building than the one proposed.

But the sale of land in the public domain can only go ahead in law, voted upon by the National Council. On the same day the Prince announced the modified project, the National Council released a statement saying “it would ensure that the final agreement negotiated by the government is balanced and that the economy of the project is respectful of the interests of State.”

“As we have always said since the beginning of this mandate, this National Council will never vote for decommissioning without direct compensation for the housing of Monegasques and without additional areas for the benefit of the State,” said National Council President Stéphane Valeri during Wednesday’s session.

The project will therefore now include a State building of around 3,000sqm to be used for housing Monegasques. Additionally, the State will benefit from the donation of an entire floor of the private building, which is 1,870sqm in size.

In order to pass the law, the National Council also wanted to protect the financial interests of the State by setting a safeguard clause allowing excess profits made by the operation above those forecast to be redirected in part to the public finances.

“When we know that the sale prices of Monegasque real estate are constantly increasing and how high they are, this clause is the guarantee for the State to recover a significant part of the potential excess profits on this operation,” said Valeri.

“This progress marks a historic turning point in the way of apprehending the laws of decommissioning of the public domain for the benefit of a private actor, and therefore of defending the interests of the State and of Monegasques,” concluded the National Council President. “This new method had never been applied before tonight’s vote. It will henceforth be the rule for the future, for the Government as well as for the National Council.”

The real estate project, situated at the end of Port Hercule, will include a museum dedicated to marine archaeology called the Centre of Man and the Sea, premises for the Maritime Police and the port officials, shops on the quay level of the Esplanade, a state building facing Port Hercule with housing and shops, office spaces, a public garden, modular spaces for the Grand Prix, and a lift connecting the area with the gardens located on the upper part of the avenue de la Porte Neuve.

There will also be a 700m2 increase to the exterior space on the Esplanade to accommodate the installation needs of the television compound used during Grand Prix, bringing the total space available to the F1 event to 5,800 m2, which can also be used for other events.

By Cassandra Tanti and Stephanie Horsman. Photo of architectural design by Caroli Group.