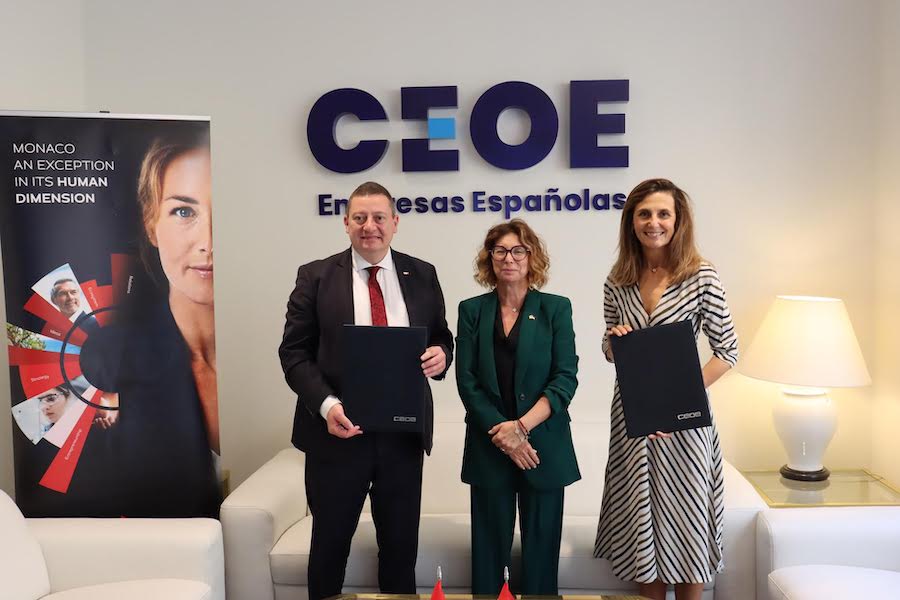 The Monaco Economic Board, always keen to promote business in the Principality, has stepped up their game this month, meeting with delegates from Austria at home and on the ground in Spain.

What do Austrian businesspeople from Carinthia and members of the Spanish Confederation of Business Organisations have in common? They both met with the Monaco Economic Board (MEB) this month.

On 7th October, the MEB welcomed 20 entrepreneurs from the Austrian area of Carinthia for a programme that included visits, conferences and a networking event.

Monaco and Carinthia share many common traits in that the Austrian region is made up of small and medium-sized businesses, generally family-run, centred on niche markets with high added value, similar to Monaco. The guests were primarily from the energy, new technologies or construction sectors, which dovetail perfectly with Monegasque interests.

In addition to meetings, Christian Miller, Director of Advantage Austria Paris and Commercial Advisor to the Austrian Embassy in France and Monaco presented the Energy Globe Award, a prize awarded by Advantage Austria which recognises innovative and sustainable projects in more than 180 countries.

For the 2021 Monegasque version, it was given to Stars’N’Bars restaurant, represented by its manager Didier Rubiolo who reminded those present of the involvement of the late Kate Powers in the establishment’s approach.

This visit was followed up on 13th to 15th October with MEB delegates visiting the Spanish capital, Madrid, where speakers from the Spanish Confederation of Business Organisations (CEOE) spoke of the many business opportunities in the city and revealed that Madrid boasts the largest GDP and GDP per capita in the country and that in 2021 it attracted 72% of foreign investment in Spain.

The trip followed closely behind Prince Albert II’s State visit to Spain, where he marked the 100th anniversary of the passing of his great-grandfather and namesake, Prince Albert I.

The successful visit has now prompted the MEB to start planning the possibility of a reciprocal trip for Spanish representatives in 2023.