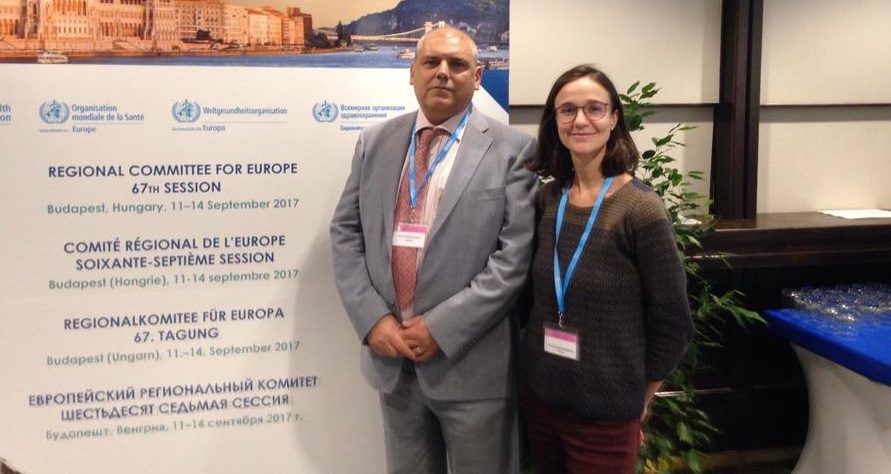 Monaco has taken part in the 67th session of the Regional Committee for Europe of the World Health Organisation.

A Monegasque delegation, composed of Alexandre Bordero, Director of Health Action, and Chrystel Chanteloube, Third Secretary at the Permanent Mission of Monaco to the United Nations Office at Geneva, participated from September 11 to 14 in Budapest.

In the presence of top political figures, including the Hungarian and Greek Prime Ministers, this event brought together representatives from the 53 member states of the region to discuss the main health issues and challenges at a European level.

WHO’s new Director-General of WHO, Dr Tedros, attended the discussions and stressed that while the European region is one of the most advanced in terms of universal health coverage, it also has major inequalities and multiple challenges, most notably non-communicable diseases.

The debates focused on the implementation of the Sustainable Development Program through the European Health Policy 2020, taking into account the environmental determinants of health, and preparing for health emergencies.

In particular, the Monegasque delegation spoke on the theme of environment and health in order to remind the Government of the French Government’s commitment to combating climate change in order to safeguard human health.

The Principality also announced the recent signing of a health cooperation agreement with France which will help in setting up the main capabilities required under the International Sanitary Regulations and so strengthening plans and preparations for possible health crises.

Monaco succeeds in WHO polio initiative