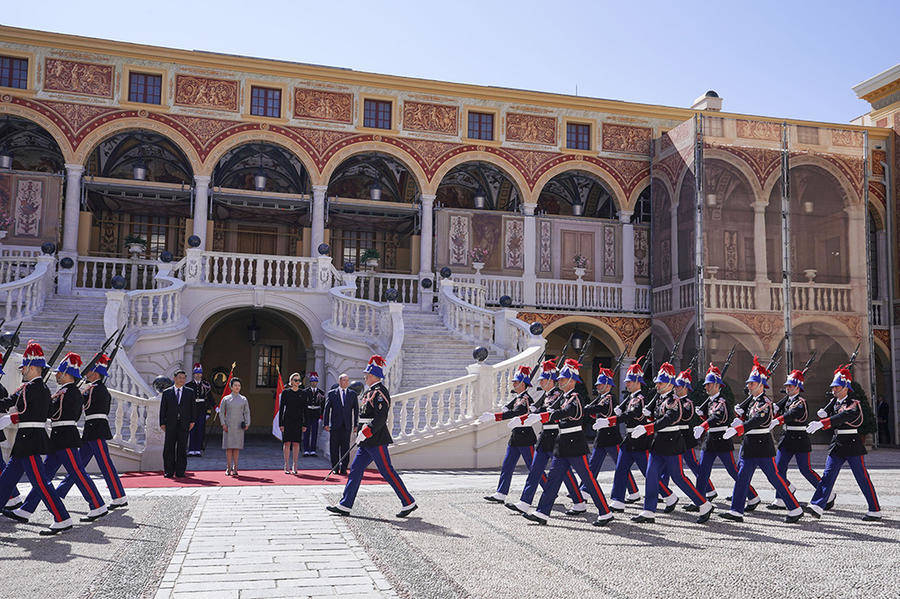 The historic visit of Chinese President Xi Jinping and First Lady Peng Liyuan has been hailed a success. While the Principality experienced a lockdown rarely seen in this part of the globe, the palace says the visit went exactly as planned.

The sky shone brightly as Prince Albert and Princess Charlene welcomed the President of the Republic of China and his wife in the courtyard of the Palace on Sunday 24th March. Afterwards, the couples enjoyed a private meeting, followed by a bilateral discussion with delegates from each country, and an official lunch in the Prince’s Palace.

The State Visit was the next stage of a mutual friendship between the two countries, extending diplomatic relations which began with China in 1996. In all, Prince Albert has made 10 visits to China, however this is the first time a Chinese Head of State has stepped foot on Monegasqe soil.

During the bilateral meeting, the two Heads of State addressed key issues for the two countries: the economy, sport, culture and the environment, and how these can contribute to the harmonious development between Monaco and China, as well as create a “community of destiny for humanity”, said the palace in a statement.

President Xi then travelled to Beaulieu sur Mer to dine with French President Emanuel Macron on Sunday evening. He signed energy and other contracts with Mr. Macron on Monday, then is scheduled to meet in Paris on Tuesday with Chancellor Angela Merkel of Germany and the president of the European Commission, Jean-Claude Juncker.

The man connecting Chinese with the legend of Monaco