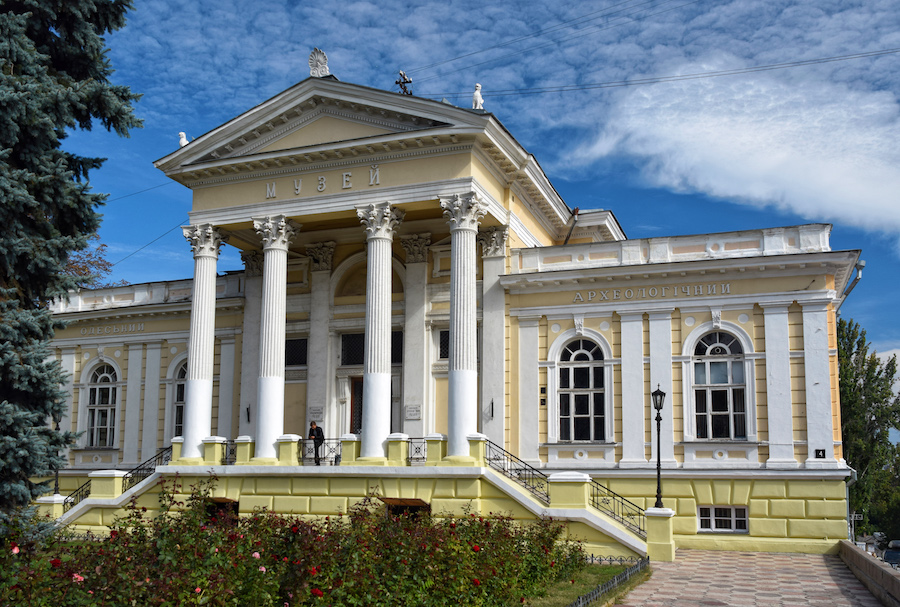 The Prince’s Government is helping the ALIPH Foundation protect two heritage museums in Odessa, Ukraine, which are at risk of being destroyed in the current war.

The ALIPH Foundation was created in 2017 and works to protect sites, monuments, museums, libraries, and archives and their collections, in around 30 countries in conflict or emerging from crisis.

Since the beginning of the war on Ukraine on 24th February 2022, many sites and objects of Ukrainian cultural heritage have suffered significant damage, causing irreparable loss of the heritage, culture and identity of the Ukrainian people.

On 7th March, ALIPH set up an action plan for the protection of this heritage. It aims to support concrete actions with Ukrainian museums through the production of inventories, the purchase of equipment for the protection of works, and the strengthening of the security of buildings and storage places.

Monaco began collaborating with ALIPH in 2020, when it was working to protect heritage in north-eastern Syria, namely the rehabilitation of the Raqqa Museum, and also in Lebanon.

On 13th September 2022, Monaco’s Minister of External Relations and Cooperation Isabelle Berro-Amadeïsigned a Financing Agreement with Valéry Freland, Executive Director of the ALIPH Foundation, to safeguardand secure the cultural property of two museums in the city of Odessa, Ukraine, threatened by bombardments, potential looting and other damage caused by the war.

Photo above: Odessa Archaeological Museum by Haidamac on Wikipedia