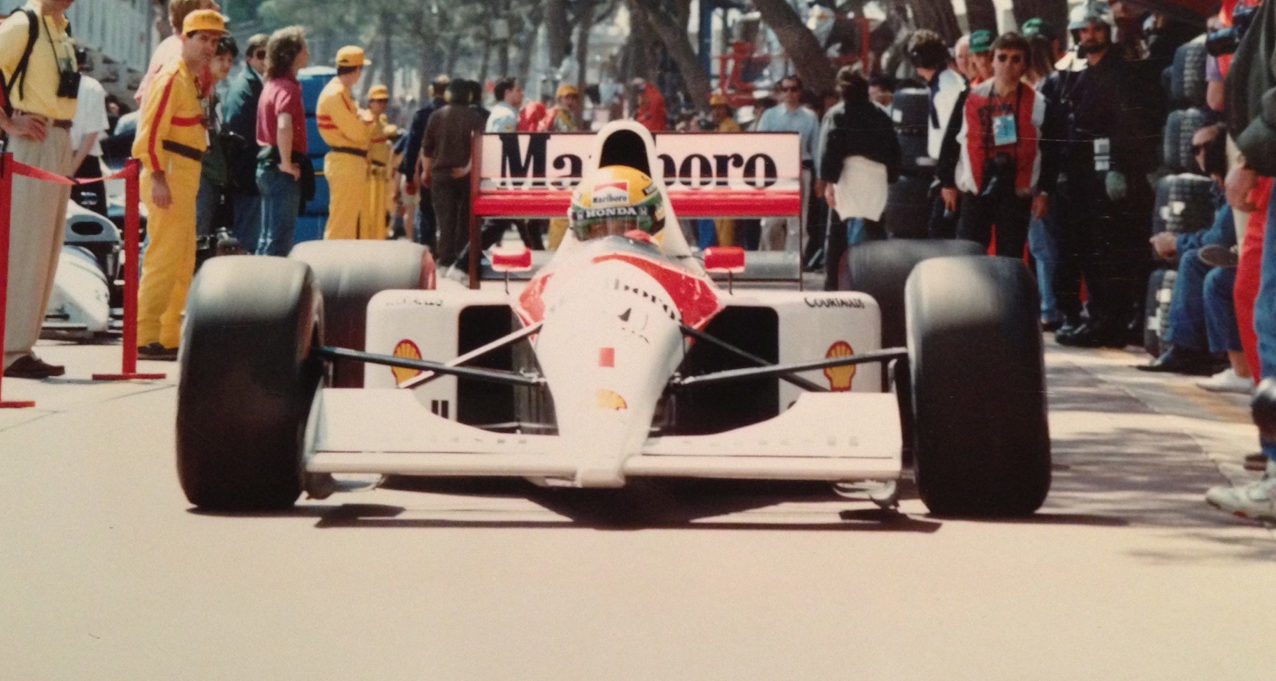 I look forward to this Sunday’s Grand Prix race just as much as I did all those years ago … 52 to be exact.

Monaco may have changed over the years but the Monaco magic is still very much alive.

Returning for the first time since last year’s Formula One, the first glimpse of the Med brings back wonderful memories.

Graham Hill marching up to Casino Square straight into the American Bar at the Hotel de Paris for a very large gin and tonic, or Jackie Stewart doing his famous walk down the hill, hand-in-hand with his wife, Helen, carrying his own helmet!

I don’t think I’ve seen a driver do that in the last ten years.

And journalists could talk to drivers one-on-one, or even ski with them in Switzerland without a PR person present. Happy days.

Now, of course, with TV and, especially, social media, that sort of thing is unimaginable. Even Lewis Hamilton’s dog has his own website.

For example, when Fernando Alonso declared that he was going to race at Indy the whole of Spain started following his progress online. Never mind the race, the Spanish papers sent reporters to cover their hero’s every movement. 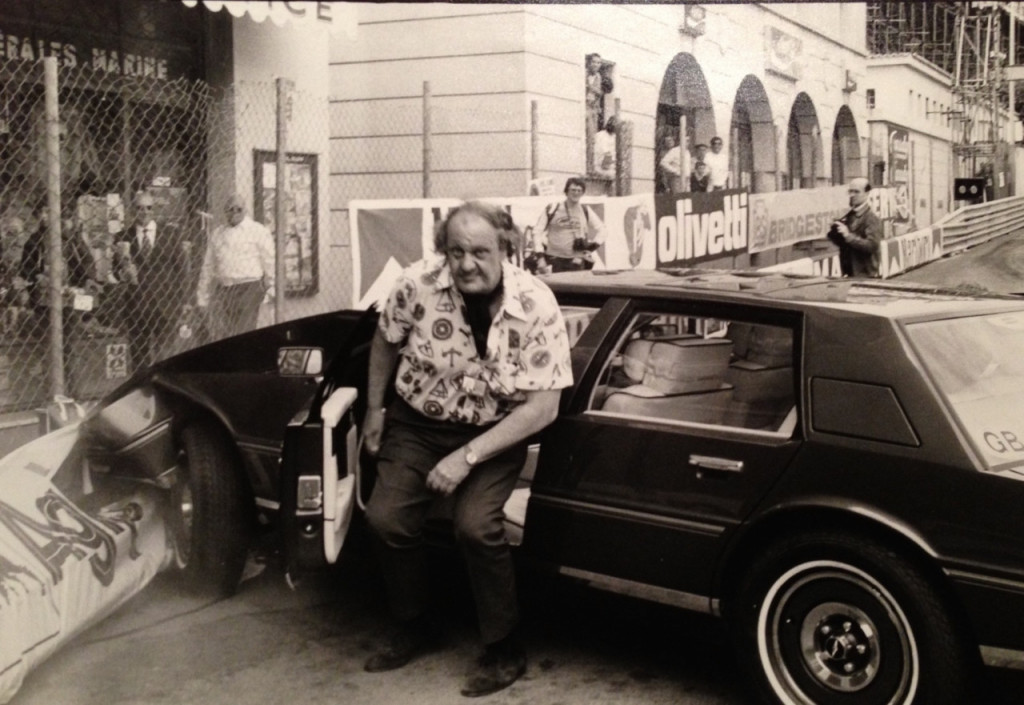 So is the Monaco Grand Prix the same after all these years? By and large, no. The one aspect that has changed, and had to change, was that of safety.

As a street circuit, Monaco can never be as safe as some of the new tracks where you can barely see the action because the cars are so far away but Lorenzo Bandini’s horrifying accident in 1967 could not happen today. The cars are stronger, racing suits are still fire-retardant but now more high-tech, helmets have been hugely improved and, certainly fire fighting equipment is much more advanced.

True, accidents can still happen, particularly on the first lap, but while pieces of the cars may fly on impact, the drivers will – hopefully – emerge unscathed.

Happiest Monaco Grand Prix memories? To watch Jean Pierre Beltoise win in the torrential rain back in ’72; to see Her Serene Highness Princess Grace hand over the massive trophy with this little guy standing next to her, who of course was none other than Prince Albert; Ayrton Sienna’s unforgettable fastest lap in 1988, and Michael Schumacher at his majestic best. The list is endless.

The wonderful thing is that, in spite of all the changes on the outside of the track, once the five red lights go out it will be a gigantic battle from the inside.

I know it won’t happen, at least it would be most unlikely, but I’d love an outsider like Sergio Perez (Force India) or Nico Hulkenberg (Renault) win the 75th Grand Prix de Monaco.

Monaco to hold sale by tender of...

Monaco’s State Property Authority is selling cars that have either been abandoned or which are no longer required as part of the Principality’s motor pool. A full list of the vehicles is available in the State Property Authority office, located on the fourth floor of 24 rue du Gabian, from 9:30 am to 5 pm daily, with a deadline for submitting offers by noon on Friday, March 16. In a note attached to the offer, the State Property Authority warns that successful bidders may not have an easy ride when trying to register vehicles in France: “Applicants' attention is drawn to the difficulties they may encounter when registering their vehicle (s) abroad, particularly in France, especially since the French prefectures have modified the registration procedure. “The Estate Administration will give the successful purchaser all the documents in its possession. The contractors expressly and irrevocably waive all remedies against the State of Monaco, amicable or judicial before any jurisdiction of the Principality or foreign and any claim for reimbursement and/or compensation in any capacity,” the Authority says. Buyers looking for a forgotten Ferrari or lost Lamborghini will be disappointed. Most of the 83 vehicles being offered were registered before 2005 in France. With the exception of vehicles that do not have registration plates, their provenance has been checked by the Monaco authorities. One stand-out on offer is a Harley Davidson motorbike, which is being offered with a minimum bid of €1,500.

Entrepreneurship and Philanthropy with JCEM and the... 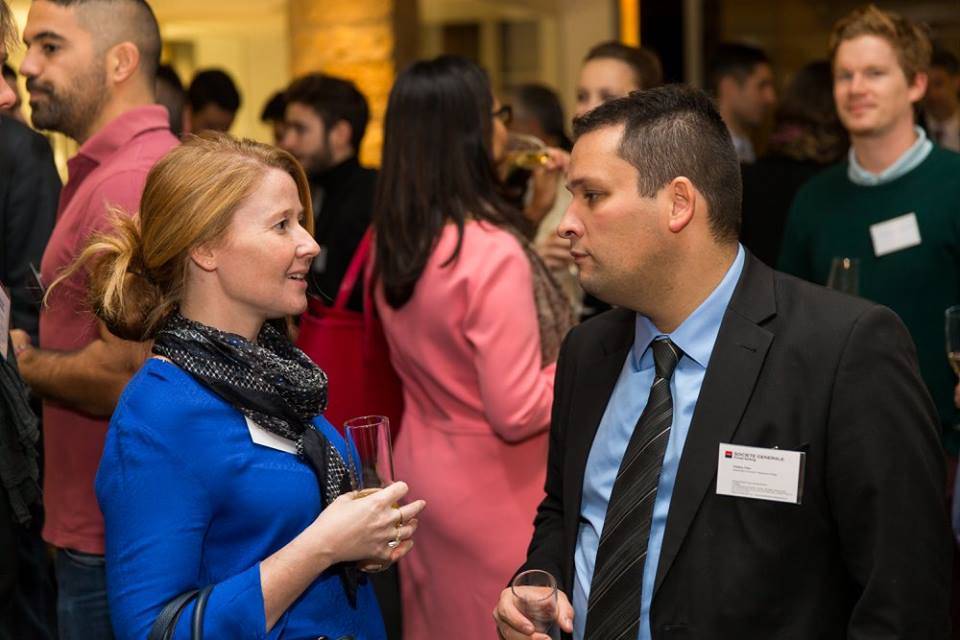 Photo: Facebook JCEM[/caption] Monaco’s Junior Chamber of Commerce (JCEM) will host “Business Time Networking” on Thursday, June 29, joining forces with the Stelios Philanthropic Foundation for a cocktail-conference on Entrepreneurship and Philanthropy. Described by the organisers as “an unforgettable event,” it will take place from 6:30 pm to 10 pm at Sir Stelios’ Terrace, with speeches, at 7 pm, given by Sir Stelios Haji-Ioannou, founder of the Stelios Philanthropic Foundation and Chairman of easyGroup, and Michael Bouquier, Head of Monaco Private Label and Senior Advisor at the Ministry of Finance and Economy. The event, which is parterntered with Your Private Driver, Monaco Receptions and BSI, is entirely in English. The cost is €20 for JCEM members and €25 for non-members. For any further information contact Laetitia Mikail: laetitia.mikail@jcemonaco.mc.