Monaco history website offers new possibilities … and at a discount 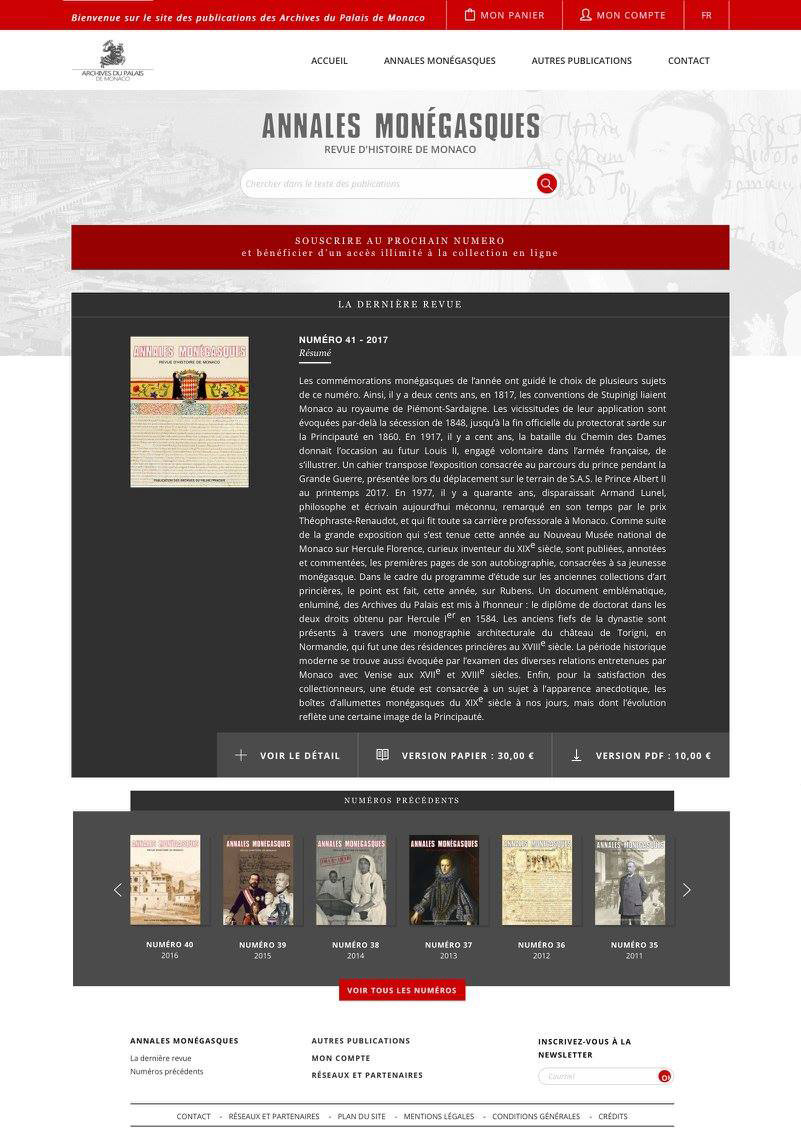 The website of the Annales Monegasques, the historical publication of the Archives of the Prince’s Palace, brings together all the issues published since the creation of the magazine in 1977.

In addition to the paper editions, which can be obtained through the site, a downloadable PDF version of the articles is available. It’s also possible to order from an important selection of books on the history of Monaco.

The website has been improved to provide a full-text search engine with the ability to find a word or phrase – such as a person or place name – in context in the relevant numbers and articles, opening up for the curious scholar new perspectives of research.

An online subscription module has also been set up. Until June 30, readers can subscribe to number 42 and benefit from a €5 discount (€25 instead of €30). This pre-purchase order will also provides the opportunity to consult and download free of charge, and until the publication of the following issue, all items in the collection over the past four decades on www.annales-monegasques.mc

Get a taste for Monte-Carlo Gastronomie, Monaco

Local News Staff Writer - November 20, 2018
Monte-Carlo Gastronomie offers visitors the opportunity to discover, taste and buy a variety of products just before the start of the festive season in Monaco.

Big night for Women and Sport on... 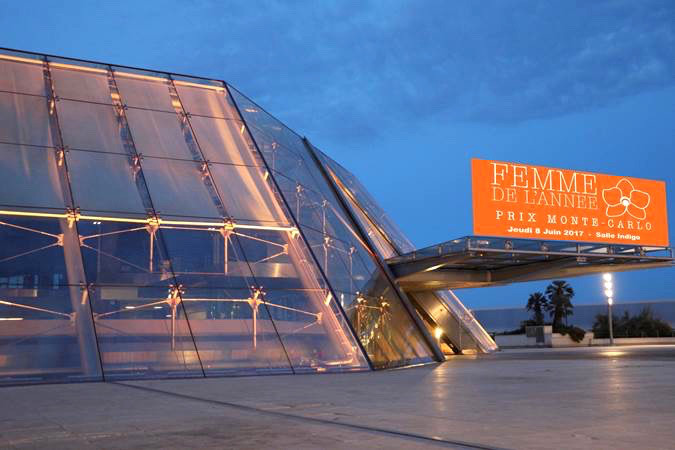 The Prix Monte-Carlo “Woman and Sport,” under the High Patronage of Prince Albert of Monaco and under the Honorary Presidency of Princess Charlene, is an international award aimed at celebrating women from various parts of the world and various fields, who, thanks to their personal or professional actions, have had a positive impact on their own lives or on the lives of others. The seventh edition of the award, created by the journalist Cinzia Sgambati-Colman in 2012, will take place on Monday, May 14 in Monaco, sponsored by Walgreens Alliance Boots, the first global pharmacy-led, health and wellbeing enterprise in the world. The venue is Salle de la Mer, Fairmont Monte-Carlo. This year the judging Committee will review the applications and will select two winning candidates, who will receive the award in a ceremony during the gala dinner. As in past editions, the Committee will award two prizes: the first candidate will be rewarded for outstanding international projects and the second candidate will be recognised for her amazing initiatives within the Principality of Monaco. The judging Committee of the Prix Monte-Carlo “Woman of the Year” includes: Cinzia Sgambati-Colman, President of the award committee and CEO of MonteCarloin; Stéphane Valeri, President of the National Council; Marietta Vinci Corsini, antique dealer and administrator of GIE-Point Art Monaco; Smadar Eisenberg, President of AOPMC (Amis de l’Orchestre Philarmonique de Monte-Carlo); Maria Betti, Director of the Institute for Transuranium Elements in Karlsruhe U.E; Maria Lefebvre d’Ovidio; José Giannotti, General Agent and Director of Personal Insurance at Generali Insurance; Vladimir Semenikhin, Honorary Consul of Kazakhstan in Monaco; Doriana Marzocco; Monika Assaraf, President of ERI; Beatrice Fresko- Rolfo, National Council; and Jack Anderson, international attorney.