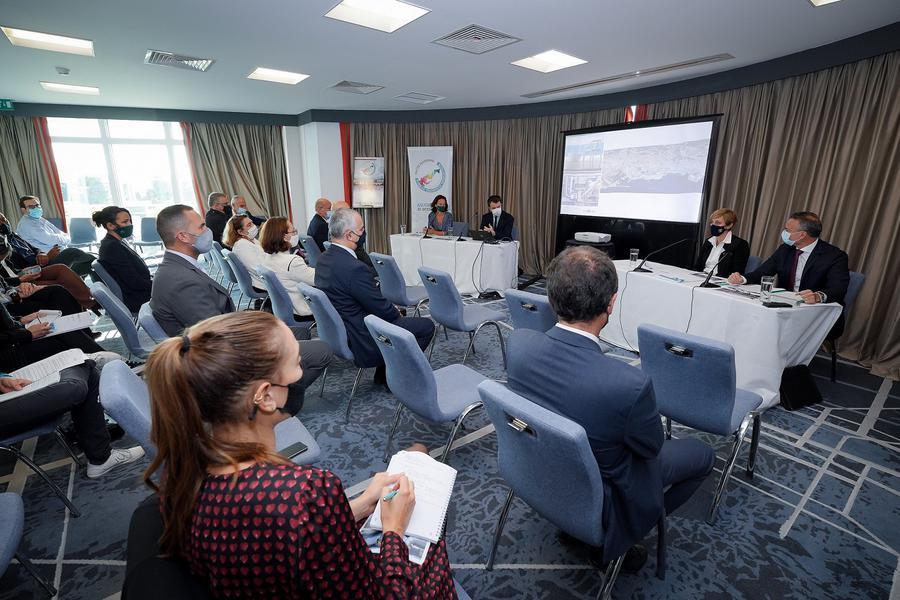 With a ban on fuel oil for heating houses coming into effect on 1st January 2022, the government is moving full steam ahead on alternative heating and cooling methods, investing €60 million into the initiative.

The next step is the connection of the Administrative Centre to the loop, which is set to take place on 8th November.

Meanwhile in Larvotto, the primary loop infrastructure has been completed and the first substation, supplying the shops of the new Larvotto Balneal Complex, has been in operation since 1st July.

At a press conference held on 2nd October, Minister of Equipment, Environment and Town Planning Céline Caron-Dagioni and Thomas Battaglione, Director General of SMEG representing the SeaWergie group, gave an update on the clean-energy plan, marking one year since SeaWergie signed onto the National Pact for Energy Transition.

Building energy usage in Monaco accounts for 35% of all greenhouse gasses in Monaco, and the goal is to connect 29 buildings by 2024, thus reducing Monaco’s total greenhouse gas emissions by 7%, equalling 6,000 tonnes of CO2 per year.

SeaWergie is working in close contact with the buildings of the districts and their trustees, with priority being given to buildings currently heated with fuel oil to make the switch as soon as possible.

The solution has already won over many residence groups, revealed the government. Several voted to connect to the ocean thermal loop at the General Assembly and have started work to make the transformation. Certain real estate operations have also made the choice, as have the public housing operations, notably Testimonio II, which has had this component integrated into its design from conception.

Monaco was one of the first countries in the world to develop the use of this type of energy along its coastline. The systems cause zero impact on marine ecosystems, making them an environmentally friendly option to pollution-emitting fuel oil.