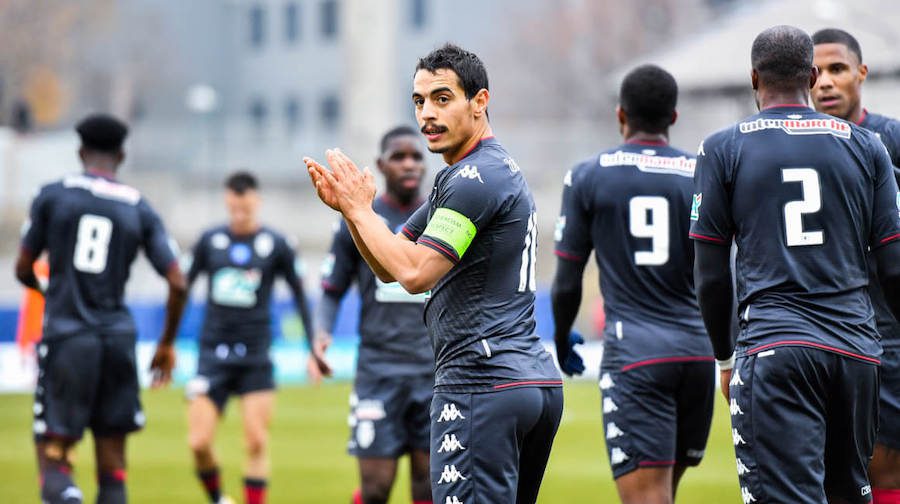 AS Monaco avoided a potential banana skin as they eased to a 2-0 victory against Red Star in Paris. The result sees them progress to the round of 32, where they will face Quevilly-Rouen.
Pre-match, Nico Kovac had billed Sunday’s tie as a David and Goliath battle. Given the contrasting stature of the two clubs, the comparison was apt, although the latest instalment threw up an alternative ending.
Red Star had their chance to sling their shot and slay the great beast early on, but whereas David’s shot landed, Micheal Nilor’s attempt unmarked from five yards out couldn’t beat Radoslaw Majecki. The Polish international goalkeeper made the most of a rare start and expertly stuck out a leg to prevent his side going behind.
Minutes later, Red Star were made to pay for that glaring miss. Ironically, it was the diminutive figure of Wissam Ben Yedder, in his 100th game for the club, who put Monaco ahead. The French international capitalised on a defensive error before taking on a defender and slotting calmly past the Red star goalkeeper.
During the half-time interview, Eliot Matazo warned against complacency, stating, “We need to start the second-half well.” The rest of the team heeded his words as there was no let-up in the side’s intensity, only some poor finishing preventing Monaco from extending their lead.
Sofiane Diop, brought on for Aleksandr Golovin at half-time, chipped the Red Star goalkeeper, but his attempt bounced just wide of the post. Minutes later, Myron Boadu, who was a willing runner throughout, should have scored from close range, but couldn’t get his shot away quickly enough.
Monaco got a wake-up call mid-way through the second-half, as a looping Red Star header beat Majecki, with only the crossbar preventing the Parisian side from levelling.
The game was put beyond the minnows just minutes later as an incisive Matazo pass fed Ben Yedder, who confidently finished for his second of the day.
Both sides had the chance to add to the scoreline, but it remained 2-0, a result which sees Monaco progress to the next round of the Coupe de France, where they will face Ligue 2 side Quevilly-Rouen.
Post-match, Kovac praised his side’s mentality, saying, “My players were very serious. It is the attitude that you have to show when you face a third division side, if you want to avoid a faux pas.”
In their final match before a short Christmas break, Monaco face Rennes at the Stade Louis II on Wednesday, where a victory could lift them into the European places. 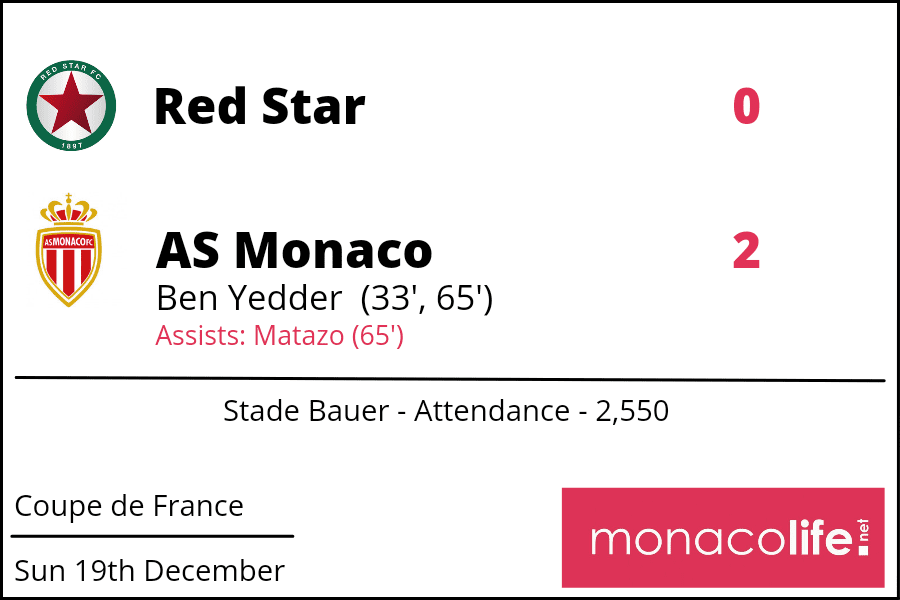