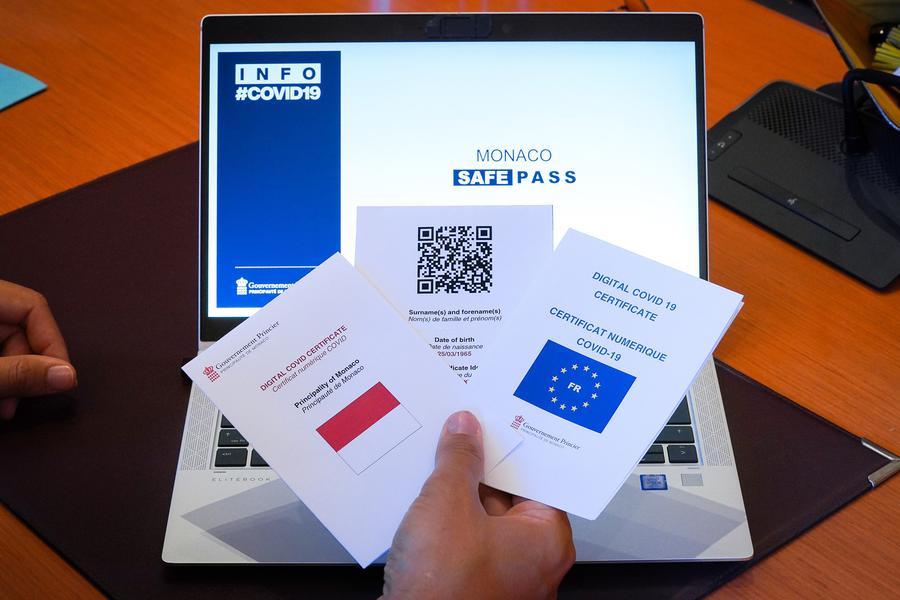 The Principality’s new health passport will be available this Friday, a few days ahead of the scheduled drop date of 5th July.

The government has announced that residents and citizens will be able to obtain Monaco’s new Safe Pass and EU Health Pass a few days early thanks to the mobilisation of state services.

The pass has two versions to choose from. The first is the European Union’s Health Pass and is useable in all EU member states as well as Iceland, Norway, Liechtenstein and Switzerland. Going forward, it will also be recognised in all other countries who make reciprocal agreements with the EU.

The second is the Principality’s version called the Monaco Safe Pass, which is valid in France and Monaco.

“Monaco is there, like the great European countries,” said Minister of State Pierre Dartout. “As of Friday, people who will be vaccinated or test negatively will receive the QR code of the Health Pass which will allow them to travel and access major events.”

People already double vaccinated or who have recovered from Covid before 2nd July can apply for their pass by filling out the online form at www.covid19.mc. Proof for those who have already had the virus must come in the form of a test proving the presence antibodies of more than 15 days and less than six months.

For those who are yet to be vaccinated or tested as of 2nd July, they will receive their pass automatically after getting their second jab or upon the delivery of the test result.