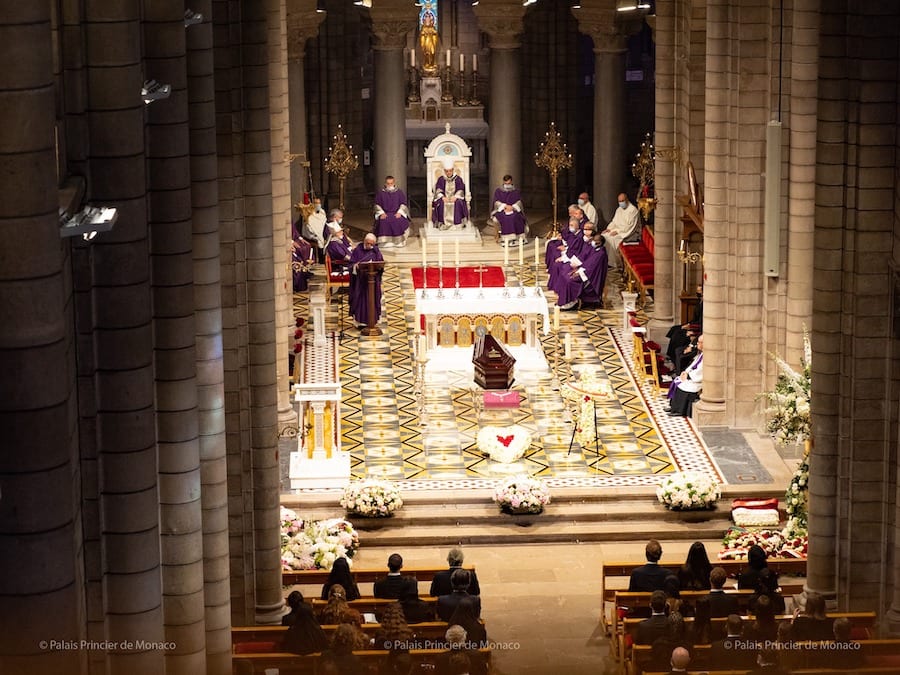 Baroness Elizabeth-Ann de Massy has been laid to rest following a private ceremony with members of the Princely family and the various organisations to whom she dedicated much of her life to.
The funeral was held Wednesday morning at the The Cathedral of Our Lady Immaculate in Monaco by Monsignor Dominique-Marie David, Archbishop of Monaco, and Monsignor Bernard Barsi, Archbishop Emeritus.
In an interview with Monaco Matin, funeral organiser Colonel Luc Fringant revealed that 250 people were welcomed to attend the ceremony – 150 less than what the church can accommodate due to social distancing measures.
Among those paying their respects were members of the Princely family and the de Massy family, members of government, and representatives of all the entities that Madame de Massy worked with, particularly in the tennis world.
Ave Maria by Franz Schubert was performed during the ceremony as well as a piece by Chopin, who the baroness apparently adored.
While Wednesday’s funeral was strictly a private affair, the public were invited to pay their respects to the baroness at the Palace chapel. By Monday evening, revealed Colonel Luc Fringant, 300 people had visited the chapel.
Among them were many members of the local tennis community, who were welcomed by Madame de Massy’s daughter Mélanie.
Baroness Elizabeth-Ann de Massy was laid to rest at the chapelle de la Paix (Chapel of Peace), where all members of the Princely family are traditionally buried.