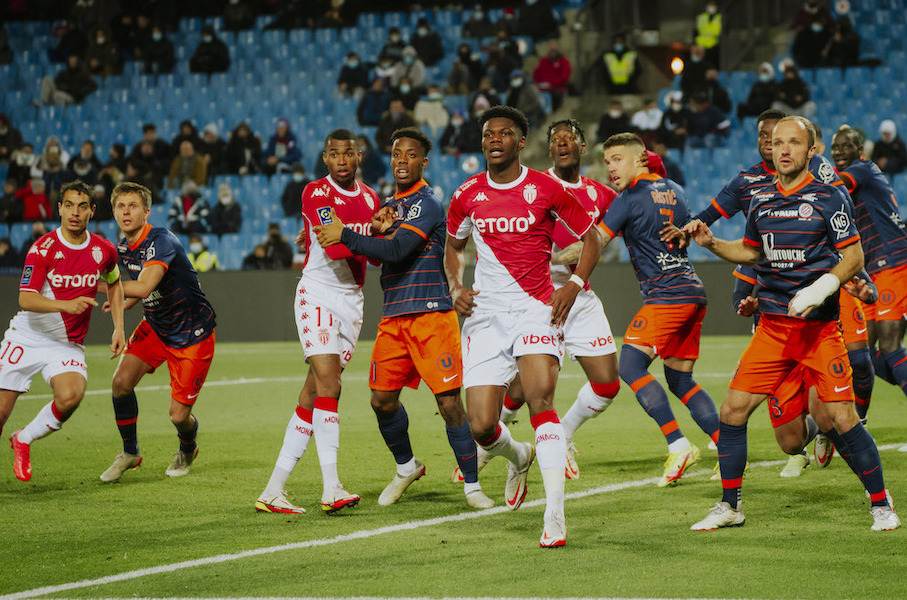 Clement told Monaco Life pre-match that he was looking to rectify Monaco’s poor away form in Ligue 1 this season. The Principality side have only won three out of their 10 away matches in the competition this campaign, and have failed to score in five of their last six matches away from the Stade Louis II.

Clement is still dealing with a depleted roster. Already without a number of first-team players including Benoit Badiashile, Aleksandr Golovin and Myron Boadu, he lost Kevin Volland shortly before kick-off, leaving Wissam Ben Yedder as the only recognised striker in the squad.

Monaco still fielded an experienced side, and there could be no excuse for the slack defending that led to Montpellier opening the scoring. Elye Wahi probably couldn’t believe his luck when he received the ball in acres of space within the Monaco penalty area. With the marauding left-back Caio Henrique nowhere to be seen, the young French striker picked his spot and slotted past Aleksandr Nubel.

Things would get worse for Monaco. The scorer Wahi would turn provider this time, setting up Englishman Stephy Mavididi just outside the box, who rifled a powerful shot past Nubel to double Montpellier’s advantage and leave Monaco with a mountain to climb.

The Principality side immediately went about conquering that mountain, and a sumptuous, chipped through ball from Aurelien Tchouameni put the ball on a plate for Ben Yedder to slot home, halving the deficit and becoming the outright top scorer in Ligue 1 in the process.

In the second-half, Montpellier sat deeper and deeper, inviting pressure. Their stern defensive effort, however, deprived Monaco of any clear-cut chances. That was until Vanderson, on as a substitute, connected perfectly with a volley on the swivel, to net his first goal for the club following his arrival at the start of January. Having restored parity, Monaco were looking for a winner.

Montpellier, however, had other ideas. The side had posed little threat since the second goal, but began to push once again, as the closing stages were played at a high tempo. A piercing run from Nicolas Cozza split the Monaco defence apart. He then laid it off to Mavididi, who blasted into the roof of the net, queuing jubilant scenes in La Mosson. Contrast that with the images of the Monaco players, many of whom lay on the turf, head in hands – their battling remontada undone in the blink of an eye.

Post-match, Clement succinctly summarised the afternoon’s events, saying, “That was a bit of a mad match, it’s true.” The Belgian, however, believed his side were hard done by, stating, “In light of our domination, and with a bit more luck on our side, we deserved better, at least a draw.”

Clement now has one win, one draw and one loss as Monaco manager. With a Coupe de France fixture against Lens next Sunday, he is positive about the side’s prospects in the near future. “I hope that the coming weeks will be more favourable to us, with the return of certain players to the group.” 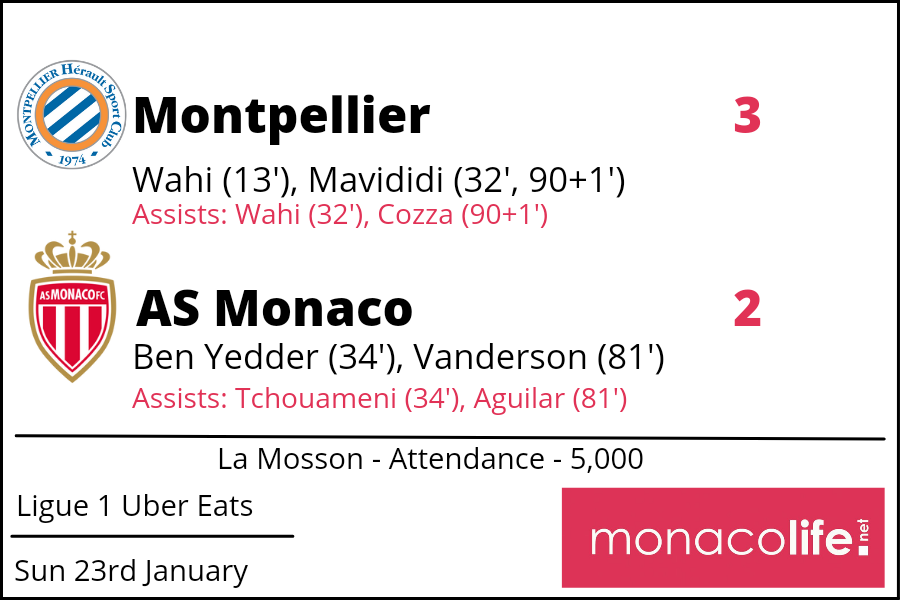 Local News Staff Writer - April 8, 2019
The Monaco Swan One Design, organised in conjunction with the Yacht Club de Monaco, is the first event in the 2019 Nations Trophy Mediterranean League.

Local News Luke Entwistle - October 11, 2021
Despite leading the pack for a portion of the race, Monegasque Charles Leclerc secured a well-earned fourth place in difficult conditions at the Turkey Grand Prix on Sunday.