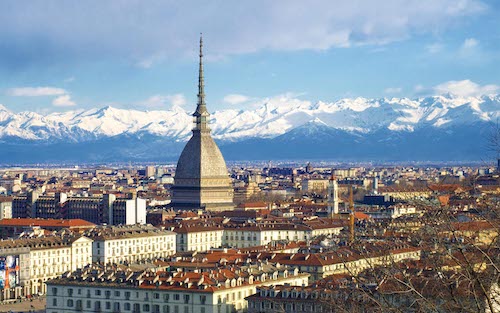 The Monaco Economic Board (MEB) recently hosted an event in Turin, Italy featuring the Monte Carlo Ballet in an effort to strengthen bonds between the two regions.

Turin is the undisputed centre of the Piedmont region of Italy. Not only is it the regional capital, it is also the economic hub where success stories abound from a series of companies who have household name-type recognition. It is the home to Fiat, Ferrero, Alessi and Lavazza to name a few, and as a reasonably close physical neighbour to Monaco, building strong ties is in the interest of both.

To that end, the Ambassador of Monaco in Italy, the Honorary Consul of Monaco in Turin, the Turin Chamber of Commerce and the association Destination Ambassador’s Club Monaco organised an event earlier this month to introduce the vast economic opportunities Turin has to offer to 10 interested parties from the Principality.

To entice the movers and shakers further, the event featured an evening performance with the Monte Carlo Ballet at the spectacular Teatro Regio.

The trip could be considered a success, as a few deals came from the meeting. Monaco Inter Expo signed a partnership agreement with Exclusive Brands Torino (EBT) to create lines and products made in Italy. This collaboration allows EBT a place at the Monaco Pavilion at the Expo Dubai 2020 taking place next autumn.

The visit was also a chance for the Monaco Chamber of Commerce to formally sign a Memorandum of Understanding with Turin’s Industrial Union.

SBM has closed all of its hotels in Monaco except the Hôtel de Paris and the Monte-Carlo Bay Hotel & Resort, accommodating long-term guests and those who are unable to return home.

Cash bonus for those on the front line

Monaco’s Minister of State Serge Telle has revealed that a €1,000 bonus will be paid to all public service officials and agents who have been fully mobilised during the coronavirus crisis.

Companies in the Principality who wish to apply for Reinforced Total Temporary Unemployment (CTTR) for their employees can now carry out the procedures online. 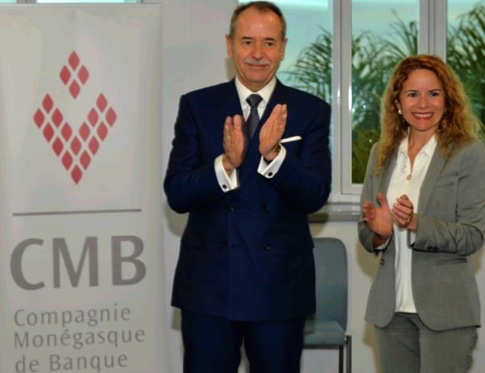 CEO Werner Peyer and Marie-Hélène Parisi congratulate the graduates[/caption] Compagnie Monégasque de Banque has celebrated the first graduation from its “Academy Women & Finance” where all twenty participants were awarded a diploma. In 2016, Marie-Hélène Parisi founded the CMB Academy, an educational programme aimed at empowering female clients to assume responsibility for the management of family wealth. The training programme makes CMB a pioneer in this field, the bank said. "It is the first Private Bank to offer such a structured academic programme to its clients," Werner Peyer, CEO of the bank, said. The nine modules completed by the participants in the one-year course have enabled them to take on a leading role in managing family wealth. The topics included financial markets, asset allocation, credits, and behavioural finance, which were covered in 27 hours of lessons. "Our students are highly motivated," said Ms Parisi. "Their desire to learn and their ability to understand complex mechanisms have made this first session a real success." The Quatuor Jaëlle, a female string quartet provided the musical background on the occasion, playing pieces of Mozart and Ravel. CMB supports the Quatuor Jaëlle and is also official partner of the Philharmonic Orchestra of Monte-Carlo. CMB will continue to further investigate educational needs and will start its second session of the CMB Academy Women & Finance series next month.