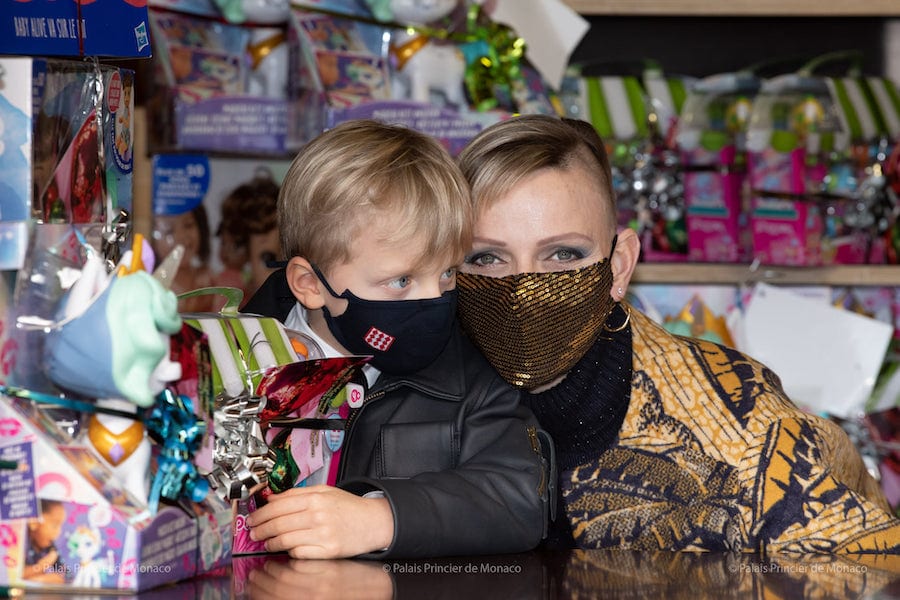 Sporting a new punk-style undercut, Princess Charlene, together with Prince Albert and their children Prince Jacques and Princess Gabriella, have welcomed Monaco’s littlest citizens to the Prince’s Palace for the family’s traditional gift giving celebration.
The Palace courtyard was transformed into a winter wonderland for its little guests on Wednesday, complete with Christmas chalets, giant tree, and even fake snow.
Nearly 700 children aged between five and 12 enjoyed the festivities, which also included a fir forest, traditional crib, Santa’s sleigh, jugglers and acrobats. 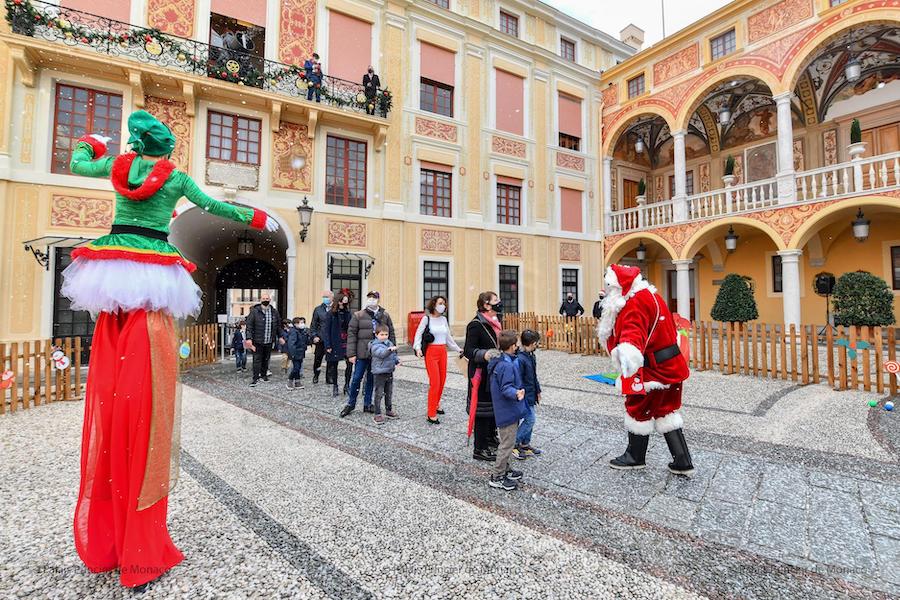 Prince Albert and Princess Charlene joined their children in handing out gifts to the young Monegasques, much to their delight and that of their accompanying parents.
The Palace was eager to point out that the event was held outside this year, where strict health protocols were observed, including temperature measurement and hand disinfection at the entrance to the Palace, mandatory mask wearing and a single direction of movement in the Cour d’Honneur.
Princess Grace and Prince Rainier started the tradition of an annual gift distribution in the Palace, nurturing the bond between the Princely Family and the community. 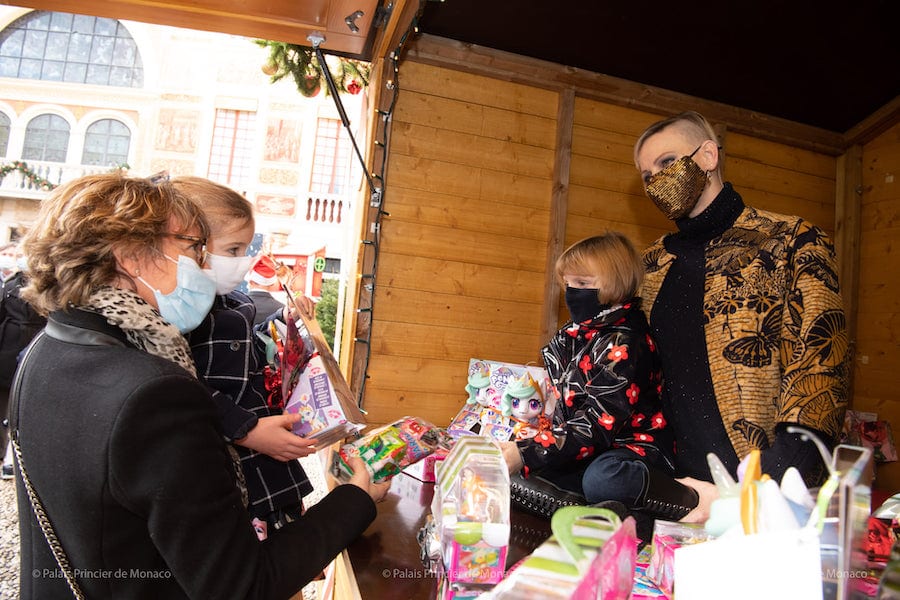 But it is Princess Charlene’s new look that is grabbing headlines this year across the globe. Concealed under a beret during the inauguration ceremony of Monaco’s new maritime vessel earlier that day, the 42-year-old Princess wore her new locks proudly at the Palace that afternoon, complemented with a sequin face mask that matched her black and gold ensemble. 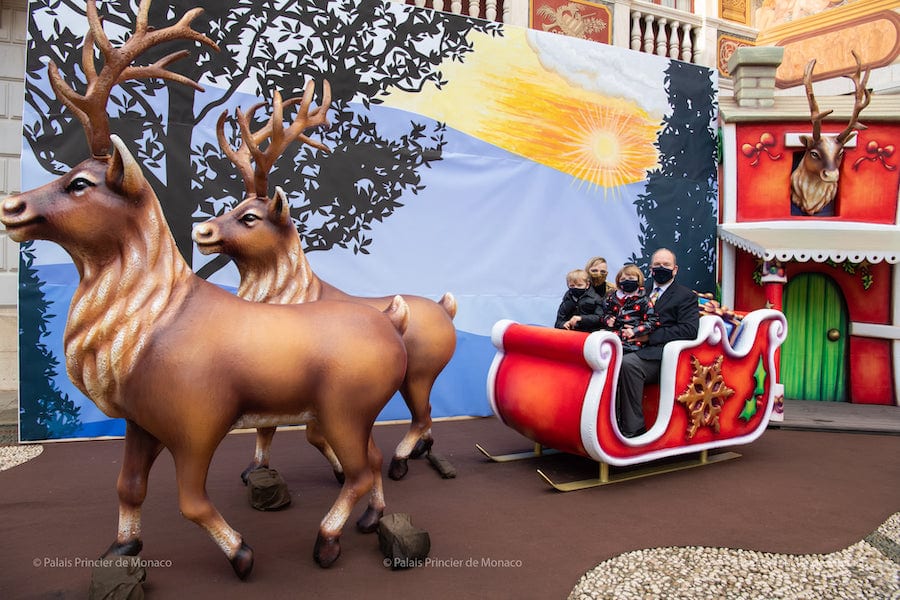