New partnership a boost for incubator and economy

New partnership a boost for incubator and economy 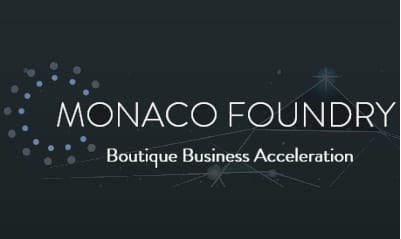 Monaco Foundry has secured the investment of an historic Monegasque family, giving the business accelerator more opportunity to “empower the next generation and break the status quo”, while boosting the local economy.
It’s been just over 12 months since Fabrice Marquet co-founded Monaco Foundry in the Principality. With a career as a medtech research scientist, the Monegasque native was responsible for establishing the government-run incubator MonacoTech before he set his sights on this new venture.
Now, the company has secured the financial backing of an old Monaco family investment fund named 4Stars, managed by Pleion Group Monaco.
“When we provide recommendations for long term interests, we take a global view of Monaco and take everything into consideration,” says Frank Musso, Senior Advisor in Wealth Management at Pleion Group Monaco. “Monaco Foundry encapsulates the real future of Monaco and innovation.”
Monaco Foundry bills itself as a one stop shop for early to mid-stage companies, providing them with hands-on business development support and access to a team of serial entrepreneurs, former senior government advisors, former advisors to US Presidents, Fortune 500 executives, and venture capitalists.
There are currently 11 companies under its wing and Fabrice Marquet says three more are in the process of signing. The enterprises are in various spaces from muscle recovery solutions, concussion prevention, digital diabetes reversal, anti-counterfeiting nanotechnology, and a revolutionary app for wine tasting, to new VR economies.
“Each company has been hand-picked with the intention to make the world a better and healthier place, one founder at a time,” Fabrice Marquet tells Monaco Life. “We are humbled that a historic Monegasque family shares our vision and has invested in Monaco Foundry. This is a testament that they are truly concerned about the youth and that they believe, like us, that the status quo is not the answer. One of our core missions at Monaco Foundry is to empower the next generation to break the old way of thinking that is still ruling and ruining our world.”
With KPMG, who has developed a new start-up program, and the backing of Pleion, Mr Marquet says the company is poised to not only advance innovative solutions, but to also have a significant impact on the Monegasque economy.
“Our goal is to always identify and relocate new economic models adapted to the constraints of Monaco which will contribute to the future development of our country,” says the Monegasque. “Two of our start-ups, Ludi Therapeutics (biotech) and DWorld (VR for retail and tourism), both newly incorporated in Monaco, bring new avenues of development to historic sectors of our country that have been suffering terribly. We are also in advanced discussions with two other Monegasque companies that we hope to announce very shortly.”