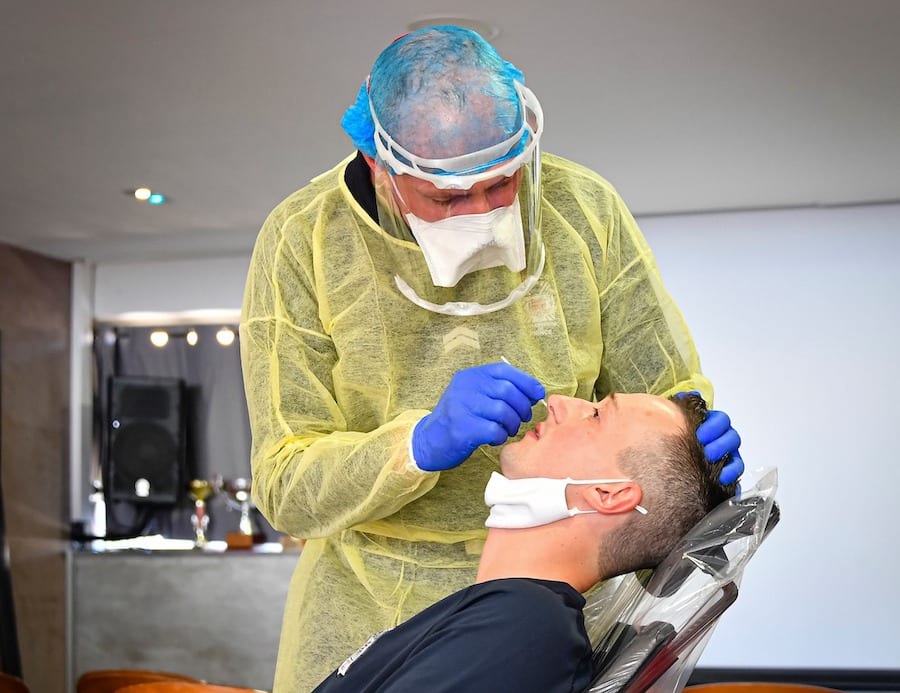 On Thursday 5th November, a select group of the Prince’s Riflemen were the first to administer and receive the new Covid antigen tests acquired by the government. The soldier’s test results, all negative, were received in under 20 minutes.

This alternative to PCR testing has been approved by the French Ministry of Solidarity and Health, and results are obtained quickly without lab analysis and with little in the way of extra processing equipment. Much like a home test for pregnancy, a colorimetric strip shows the results. One stripe is negative, two is positive, meaning that the virus is active in the patient’s body.

The fast turn-around time and ease of use will free up labs and allow for more efficient and quicker tracing abilities. As a result, Monaco will be able have up to 400 samples analysed in an eight hour period.

Additionally, this kind of test is accepted at airports in Rome in lieu of a PCR test, and airlines are lobbying for more airports to accept them as well. With backlogs at labs in many countries, the requirement of getting a negative test result 48 to 72 hours prior to flying ranges from difficult to impossible under the current situation, so a rapid test like this would be music to Covid-weary traveller’s ears.

But there is a downside.

“Antigen tests are less precise than PCR tests which remain the gold standard in Covid screening,” Alexandre Bordero, Director of Health Action told Monaco Matin. “If an antigen test is doubtful or positive, it will be confirmed by a PCR test.”

These tests will not be carried out in Monaco at the Espace Leo Ferré, where the PCR test centre is set up. They will be offered by other local health professionals, such as pharmacists, nurses and private doctors, though a ministerial decision must first be signed to allow health professionals to administer these tests.

Currently, no costs or reimbursement information on the rapid tests is available.