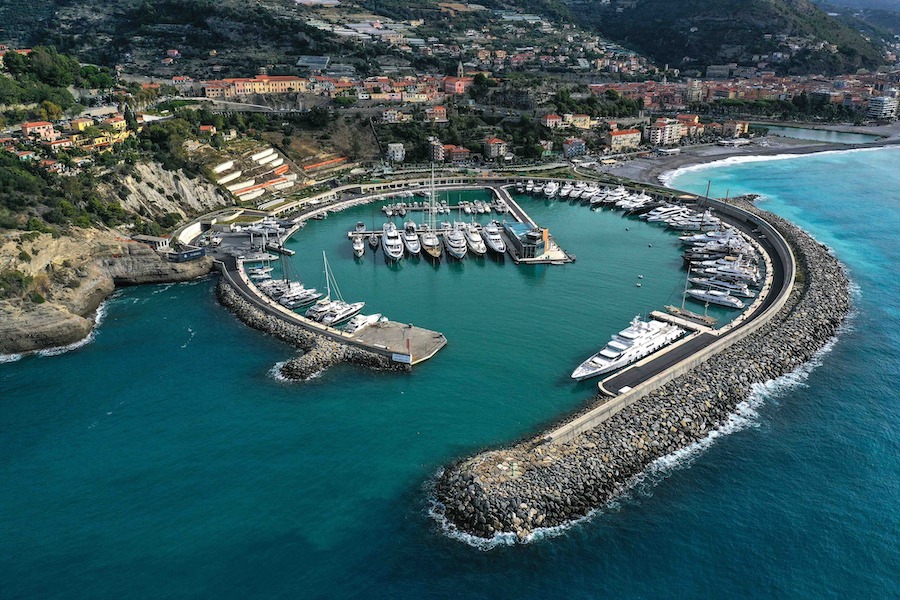 The new Cala del Forte port, located in Ventimiglia and servicing the Principality, is undergoing renovations to lessen the impact on moored boaters who have reported excessive movements in port.

Cala del Forte is owned by Monaco Ports and was officially inaugurated in July 2021. After complaints from users, work began on creating an artificial reef on 19th October to lessen the effects of wind and tidal shifts on moored boats.

“The port of Cala del Forte will benefit from the protection offered by the ‘banana’ (shape of the reef), since it will make it possible to remedy the agitations of discomfort observed in the event of gusts of wind from the southwest,” says Aleco Keusseoglou, President of the Monegasque international port company (SMIP), in a press release.

Works began when the first barge full of rocks arrived on the scene, weighing some 8,000 tons. This will be the base of the reef, with the total cost coming in at about €4.7 million, which will be used to construct a coastal protector 120 metres long at a depth of seven or eight metres.

The emerged section will be four metres high with an embankment. In total, the site will require 120,000 tons of rocks and stones.

Said Keusseoglou of the materials’ origins, “Two thirds of the materials will come from quarries in the Trapani region (Sicily), and the remaining third, which will constitute the emerged part of the reef, will be made up of blocks from local quarries (Bevera), as required by landscape regulations.”

Additionally, an environmental aspect has been taken into account says the SMIP: “There will be no negative impact on the environment, because the use of any element other than the planned blocks made of inert stone material of natural origin is banned.”