No Finish Line kicks off with a Princely start

No Finish Line kicks off with a Princely start 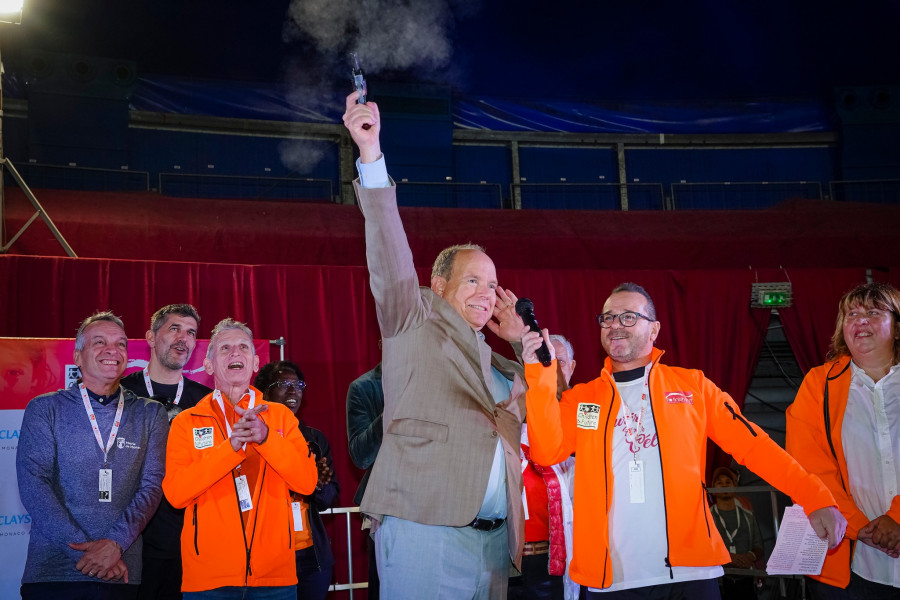 The charity running race No Finish Line kicked off last weekend with a send-off by Prince Albert II.

After two years of special versions of the event, one completely virtual and the other an abridged hybrid offering, the original live and in-person format began its 23rd edition on 12th November with more than 8,200 runners and walkers ready to try and hit the 2022 goal of reaching a combined 400,000 kilometres over eight days.

In all, there will be 320 teams taking part to achieve this ambitious aim, with one euro donated by Children & Future for every kilometre travelled on the 1,400 metre Monaco circuit.

Prince Albert was at the Chapiteau de Fontvieille start line to wish racers well and officially start the race. The mood was jubilant and the racers were ready to go.

“We are here for all good causes,” said Ariane Favalaro, the president of the Children & Future association.

The event doubles as an opportunity to collect toys, trainers and clothes for the region’s disadvantaged with the support of organisations such as Semeurs d’Espoir and Abbé 06.

The event will continue until Sunday 20th November.