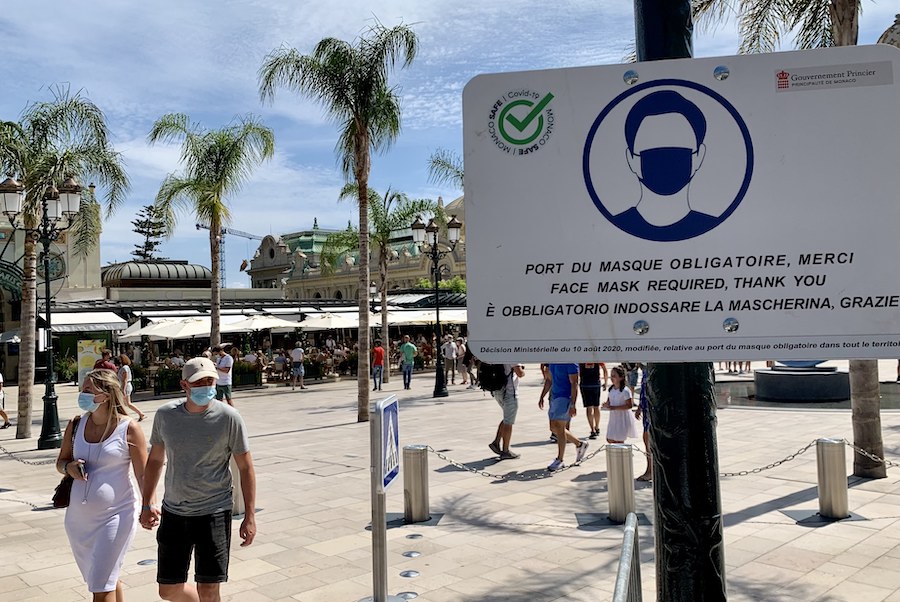 The government has pulled back some Covid restrictions in Monaco as circulation of the virus drops below the 1,000 mark for the first time in two months.

The move follows a meeting with the Joint Covid-19 Monitoring Committee on Friday 11th February, which the National Council had publicly called for on Thursday, and the improving health situation in the Principality.

“Many indicators show that the circulation of the virus, although still active, has an increasingly measured impact on the number of contaminations and the number of patients requiring hospital care. The incidence rate that had peaked in mid-January, fell below the 1,000 mark and reached a rate of 831 on 10th February,” said the government in its statement.

While still high, the numbers are dropping as rapidly as they increased at the start of the Omicron wave.

“This context allows the government to lighten the system, with caution and in a supervised way, with the aim of ensuring the greatest health security while maintaining a dynamic economic activity,” it said.

As of Saturday 12th February, masks will no longer be compulsory outdoors except in places with high traffic and at certain times, for example on the Place du Palais at the time of the changing of the guard at 11.55am, at the markets during operating hours, on the forecourt of the Fontvieille Shopping Centre, at the train station exits during rush hour and at bus stops.

The government is also working on a new protocol for schools when it comes to dealing with contact cases. The details will be revealed in a matter of days.

School swimming lessons will be able to resume, while the use of air purifiers will be trialled in different establishments as soon as possible.

The 2,000 spectator limit for large events has been lifted, and the number of guests per restaurant table has increased to 12.

A health pass will no longer be required to access hair salons, beauty salons and tattoo parlours.

The government is also extending its financial support for affected business until the end of March.

The National Council’s call for mandatory remote working to be lifted was not agreed upon by the government. This will continue for positions that allow it until 4th March inclusive.

With regards to when the new Novavax vaccine will arrive in Monaco, the government said that it had “positioned itself to have doses of Novavax vaccines as soon as distribution begins in France”.