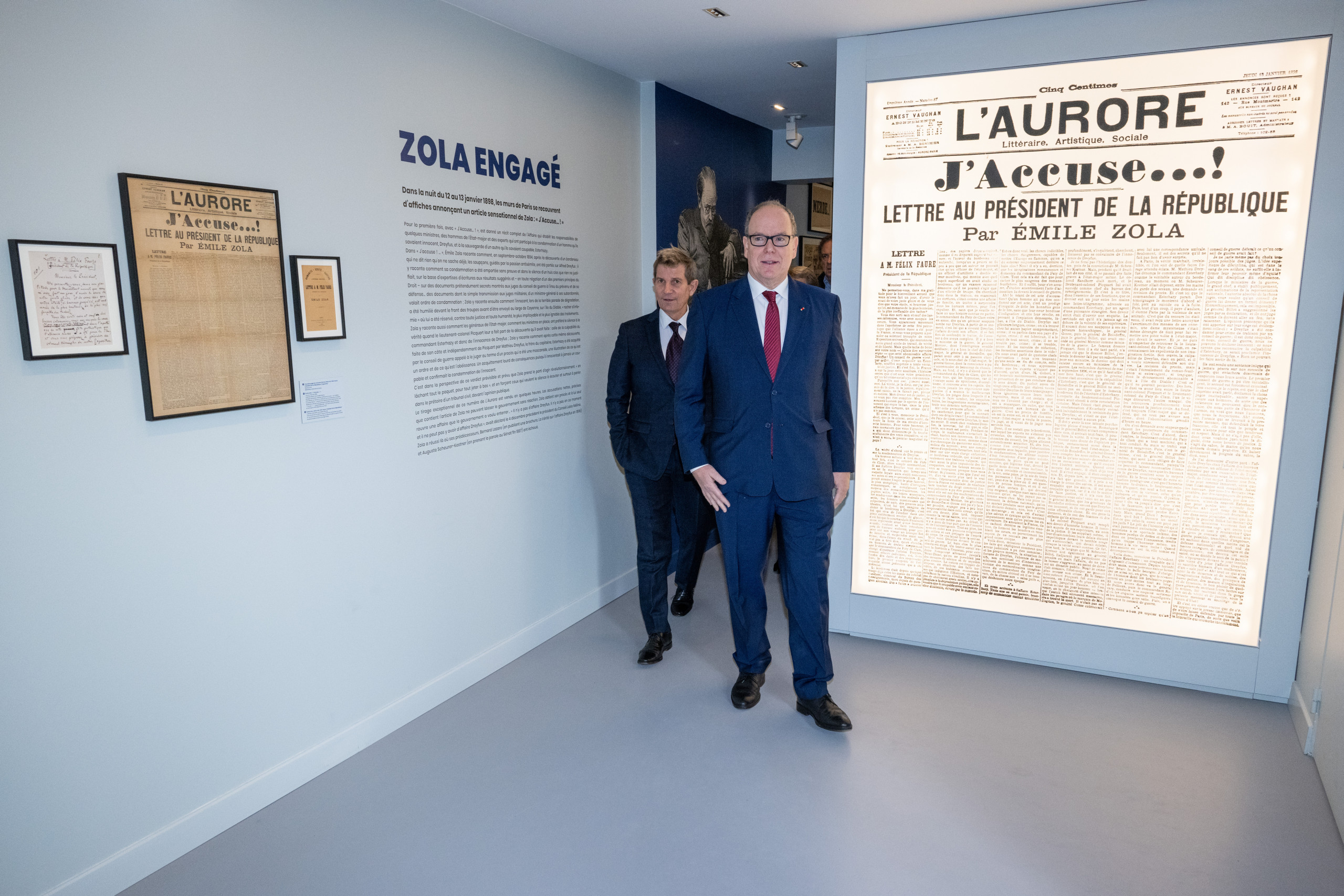 A commemorative visit to Paris and the Yvelines in memory of Prince Albert I by Monaco’s reigning sovereign, Prince Albert II, included a private tour of the Maison Zola-Musée Dreyfus in Médan in acknowledgement of his great-grandfather’s ardent support of the two prodigious men.

Prince Albert II spent much of last week touring sites in the French capital that had a close personal connection to his namesake, Prince Albert I (1848-1922), from his former Parisian home on 10 Avenue du President Wilson to the Academy of Sciences.

The final day of the centenary celebrations of his great-grandfather took place in the Yvelines, to the west of Paris, on Wednesday 7th December. Here, Prince Albert II was cordially welcomed to the département by local dignitaries such as Prefect Jean-Jacques Brot and the mayor of Médan, Karine Kauffmann.

The ultimate destination of this part of the trip was the Maison Zola-Musée Dreyfus, which was Emile Zola’s home for more than two decades and the place where he wrote some of his greatest works. It also houses a museum exhibit dedicated to the Dreyfus Affair, which rocked France at the highest level towards the end of the 1800s.

At the fully restored property, Prince Albert II met with Martine Le Blond-Zola, the great-granddaughter of the writer and the vice-president of the Maison Zola-Musée Dreyfus association, as well as Charles Dreyfus, the grandson of Alfred Dreyfus and the association’s vice-president. The scientific director of the museum, Philippe Oriol, and Vincent Duclert, a historian who specialises in the Dreyfus Affair, gave Prince Albert II an in-depth tour and were able to shed new light on the fascinating role his ancestor played in the exoneration of wronged Alfred Dreyfus.

From the early days of the scandal, Prince Albert showed himself to be an ardent supporter of Dreyfus. His backing extended to Zola, following the latter’s well-known open letter, “J’accuse!”, which called on the upper echelons of the French government to free the unlawfully jailed Dreyfus.

Prince Albert I was the only contemporary head of state to speak out against Dreyfus’s imprisonment and reached out to Zola after the publishing of the letter, writing, “Your statement contains the most wonderful sentiments that a soul could express. It honours humanity, it adds a ray of light to the glory of France. For all those who admire independence and sincerity in patriotism, you have risen higher than the renown of your talent.”

To round off the proud and cultural moment, Prince Albert II was treated to a lunch in the billiard room of the historic home.