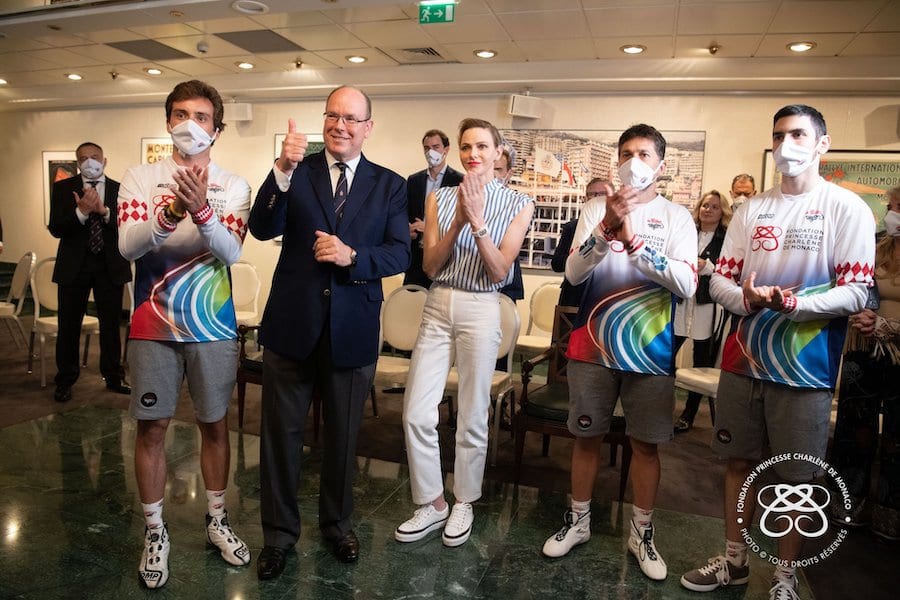 The Princely couple, together with twins Prince Jacques and Princess Gabriella, came out on Saturday to cheer on the Princess Charlene of Monaco #54 Ferrari, competing in the first ever Virtual 24 Hours of Le Mans.

The Prince and Princess were on hand at the lounges of the Automobile Club de Monaco to wish all the 24 Hours of Le Mans racers good luck. 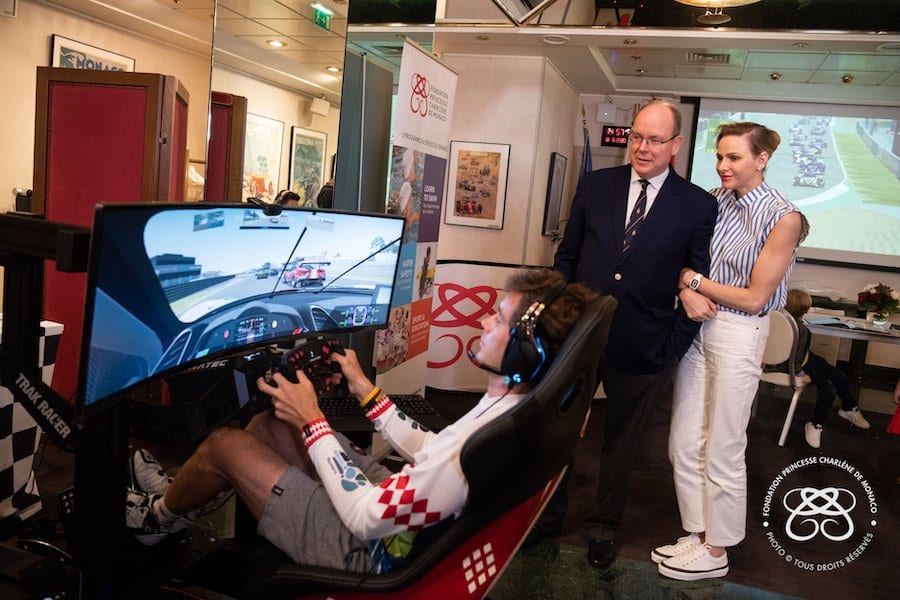 But they were essentially there to root for the #54 Strong Together Ferrari, the official car of the Princess Charlene of Monaco Foundation designed by the Princess’ brother and General Secretary of the foundation Gareth Wittstock.

From a simulated racing cockpit, Francesco Castellacci, Giancarlo Fisichella and Tony Mella took turns at the wheel along with Felipe Massa, whom they were in contact with digitally from Brazil. 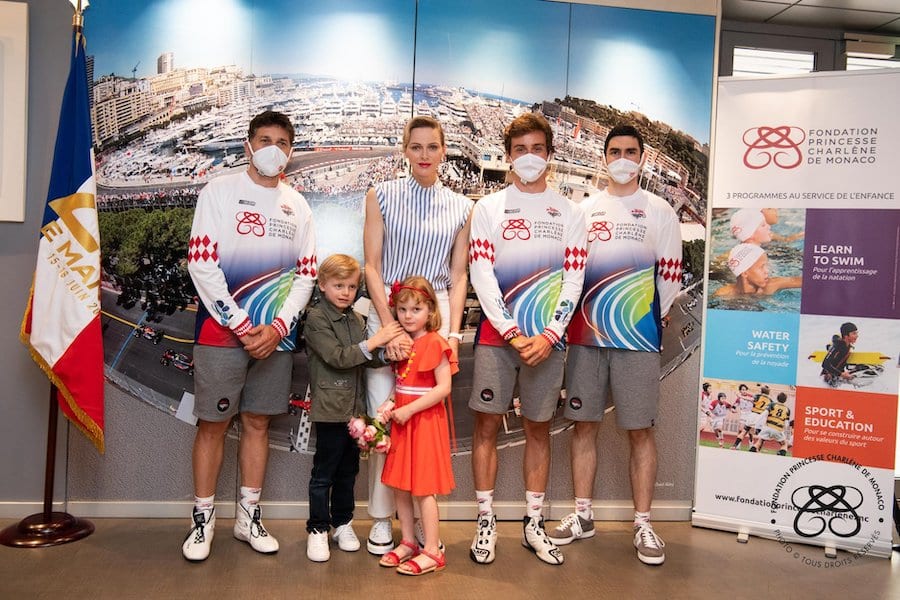 The aim was for the Strong Together message to be conveyed to the race’s worldwide audience, that in this time of crisis everyone should work together and do their part to stop the Covid-19 virus.

The crew of the #54 car were in complete accord with this sentiment and put out appeals for donations to Gavi, the Vaccine Alliance for medical research for a coronavirus vaccine, via the Princess Charlene Foundation.

“This appeal for donations during the 24 Hours of Le Mans Virtual was important to me,” said the Princess. “The Princess Charlene of Monaco Foundation exists to save lives. Generosity plays a key role in medical research.” 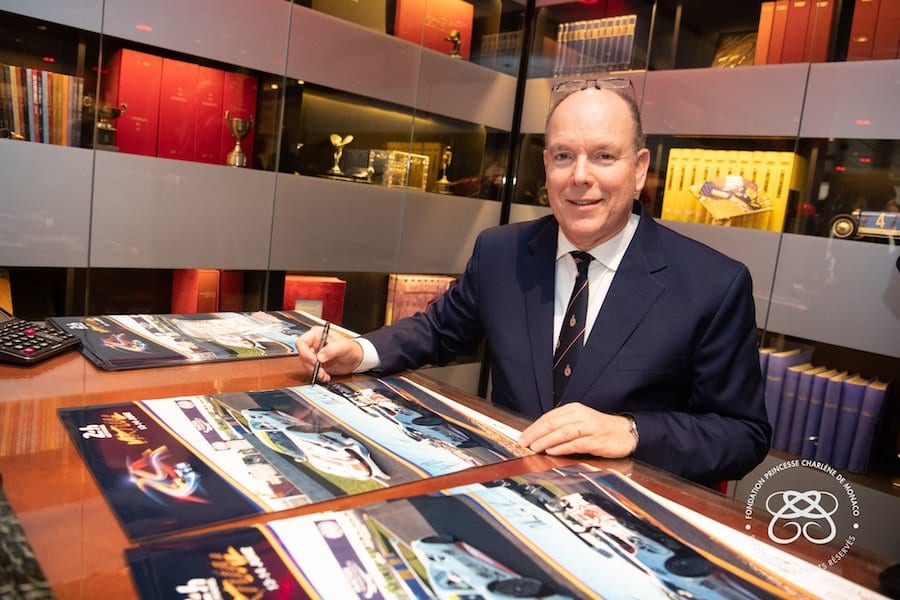 Prince Albert gave a live interview during the coverage of the 24-hour event emphasising the importance of the race as a technical feat and supporting his wife’s endeavour to use the race as a vehicle to raise funds for a worthy cause. 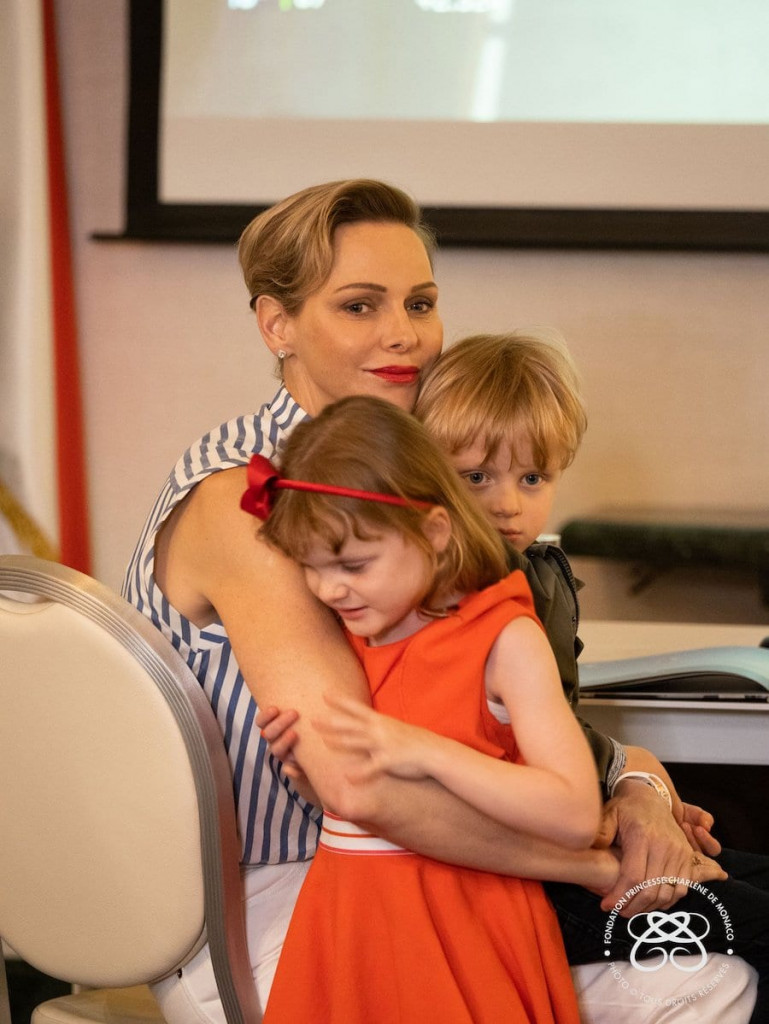 After an action-packed race with plenty of head-to-head battles, the Rebellion Williams Esport #1 Oreca LMP, driven by Louis Deletraz, Raffaele Marciello, Nikodem Wisniewski and Kuba Brzezinski, won the Virtual 24 Hours of Le Mans. The #93 Porsche 911 RSR took victory in the GTE class, while the Strong Together #54  Ferrari 488 GTE came eighth in class and 36th in the overall standings.