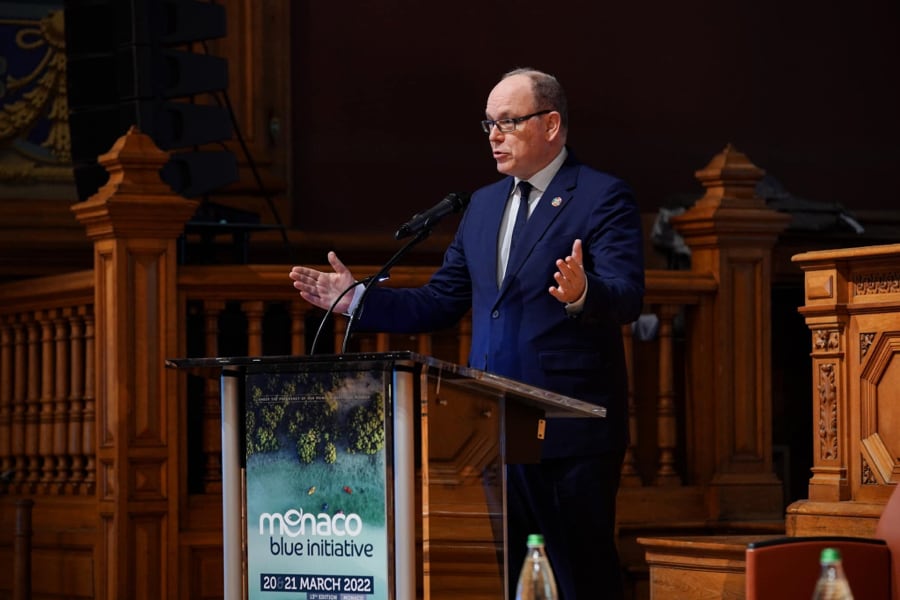 Prince Albert II has released his first book entitled Man and the Ocean, in which he shares his thoughts on how the world can create a better balance between man’s needs and the sea’s.

It could be argued that Prince Albert II has the sea in his bones. Raised on the shores of the Mediterranean and great-grandson to Albert I, one of the most prolific marine explorers of his time, the current Prince seems destined to be a protector of the seas.

He has been a champion of the environment in general much of his life and, as Sovereign, has organised and taken part in myriad conferences, meetings and forums aimed at the ecological issues facing the world, ranging from local grassroots events to worldwide United Nations-sponsored ones, as well as making resources available to help fight the good fight in environmental protection actions.

With his first book, Man and the Ocean, the Prince takes on a new role as author and touches on a topic nearest to his heart: the health of the globe’s marine life.

“This book is obviously not intended to appropriate the cause of the defence of the environment,” said the Prince. “This is not a lonely fight. Scientists, entrepreneurs, citizens, politicians… whatever our responsibilities, our personal commitments, our values, where we live, everyone must take part in this fight in order to move forward collectively.”

His book tells the tale of his long-time connection, made more clear and evolved through the work of scientists, as well as exploring concrete ways people can work together to respect the environment and lessen the pressure on it. He also explains his own and Monaco’s involvement in being part of changes for the good.

One avenue he took was the creation of the Prince Albert II of Monaco Foundation, which alongside his government, the Oceanographic Institute, Monaco Explorations, and the Monaco Scientific Centre, works for more sustainable management of the oceans.

Prince Albert II views protecting the environment not only as a duty, but as his legacy.

“Protecting the environment and more particularly the ocean is the greatest challenge of our generation. Our responsibilities for future generations are engaged. It is huge. I want this fight to embody the ‘philosophy’ of my reign. This book is the sincere testimony of my convictions in this field.”

The book came out the same day as the Sovereign took to social media with a three-minute message in honour of World Ocean Day on 8th June, where he poignantly declared, “Year after year, World Ocean Day takes on increasing importance on the international agenda. Our contemporaries are gradually grasping the need to better preserve the oceans in the face of the many threats that weigh on them.”

Man and the Ocean, published by Flammarion, is on sale now.

Revealed: the A-listers to be honoured at...

Local News Stephanie Horsman - May 17, 2022
Some of Hollywood’s biggest names will be given accolades at the upcoming Monaco Streaming Film Festival Gala Awards ceremony, the only festival that is solely focused on video-on-demand content.

A night at the museum

Local News Cassandra Tanti - July 11, 2019
For one unprecedented night, the Oceanographic Museum will swing open its doors for an evening of discovery and adventure.