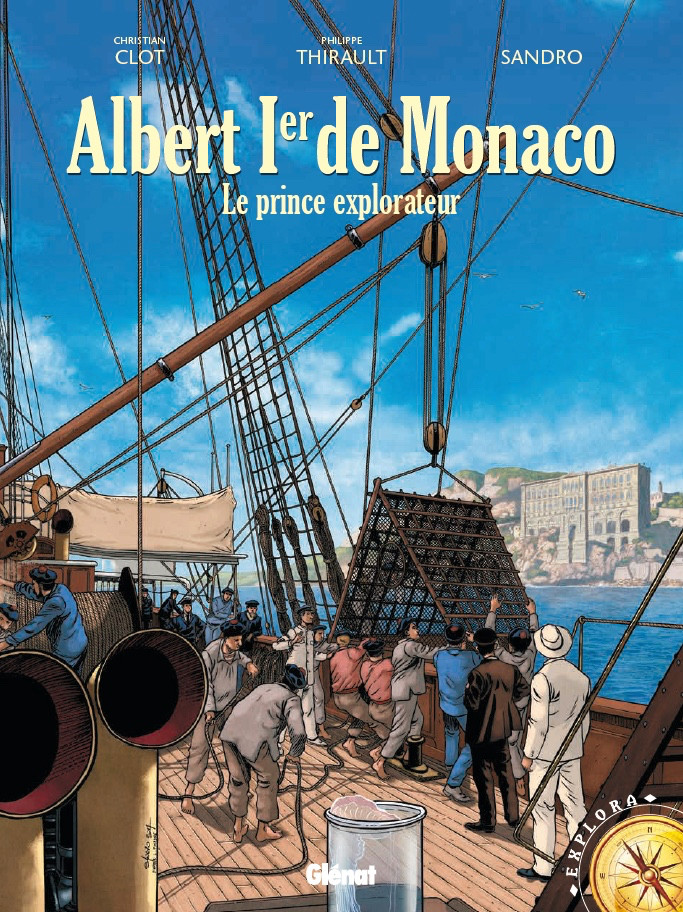 A newly-published comic book, from the Explora Collection, devotes 54 pages to the exceptional life of Prince Albert I, the pioneer of modern oceanography and great-great-grandfather of the current Prince of Monaco.

This is a story of a committed life, involving science and adventure, and traces a 30-year epic career, from the Mediterranean to the Arctic regions, led by the man who came to be called “Prince of the Sea”.

By entrusting the production of the book to Editions Glénat, with the assistance of the Archives of the Prince’s Palace, the Oceanographic Institute pursues the mission of its founder: to unite Art and Science and to better publicise, love and protect the oceans.

The comic strip combines story telling with images by the illustrator Sandro, and is a form of artistic expression in its own right, serving the marine world and the history of the Principality.

The album was presented for the first time at the Oceanographic Museum of Monaco, on Wednesday, April 18, in the presence of Prince Albert. A round table on the meaning of exploration in the 21st century completed the launch, with speakers Robert Calcagno, Director of the Oceanographic Museum, Christian Clot, explorer and director of the Explora collection, and Olivier Archambeau, from the Société des Explorateurs Français.

‘The Prince and the Sea’ to air on Friday

Local News Cassandra Tanti - February 20, 2019
Prince Albert II of Monaco has paid tribute to the legendary fashion designer Karl Lagerfeld, who passed away in Paris on Tuesday at the age of 85.