Prince Albert: “”None of us will be able to save the world alone”

Prince Albert: “”None of us will be able to save the world alone” 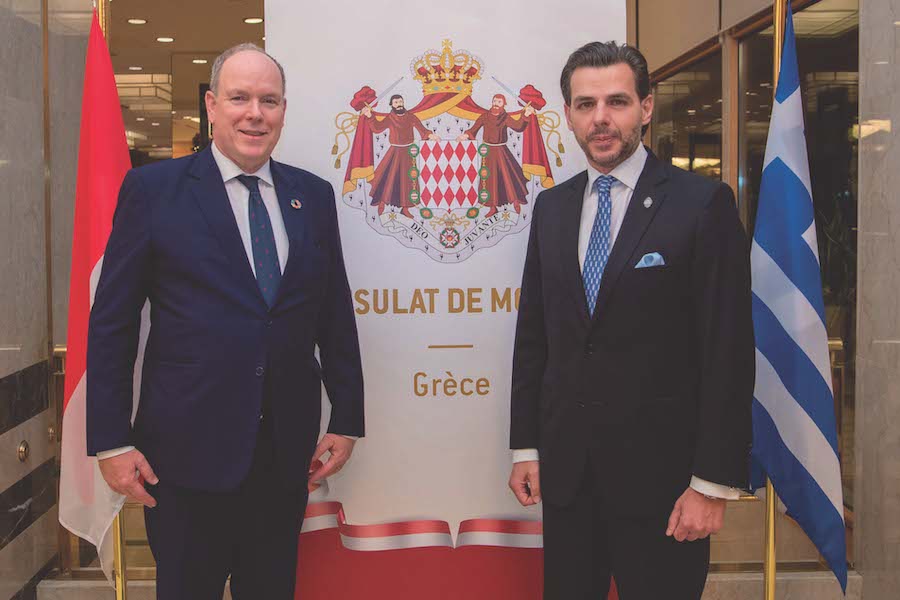 Prince Albert II of Monaco has made a two-day visit to Athens as guest of honour and keynote speaker at the Economist’s sustainability summit and gala dinner.

Monaco’s Head of State was welcomed to the Greek capital on 30th November and 1st December at the Divani Apollon Palace and Thalasso for the 6th Sustainability Summit for south-east Europe and the Mediterranean, organised by the Economist.

During his speech on the environment and climate change, the Prince highlighted the actions people must take, on many levels, to safeguard the environment: protecting the marine ecosystem, farming practices that utilise technological solutions while respecting the environment and humanity, the green transition of tourism, and reducing the carbon footprint of transport.

In the discussion that followed, Prince Albert referenced the circular economy of Astypalaia and how it should be implemented on a larger scale, as well as the shift of Formula One to electromobility.

“None of us will be able to save the world alone. And perhaps we won’t be able to do so all together either. But collectively we can bring about genuine change in several areas; areas that are important enough to transform our future,” said Prince Albert in closing the two-day conference.

His Serene Highness was accompanied throughout by the Honorary Consul of Monaco to the Hellenic Republic, Dr. Vassili G. Apostolopoulos, while the Monaco Consulate in Greece was among the supporters of the conference.

Topics addressed during the summit included nuclear energy as a solution to rising energy prices, Europe’s reaction to the refugee crisis, and inequalities in a post-pandemic working environment.

Photo above: Prince Albert II of Monaco with Dr. Vassili Apostolopoulos, Honorary Consul of Monaco to the Hellenic Republic at the Consulate’s stand at the Economist Sustainability Summit