Prince: Digital is the turning point in Monaco’s history

Prince: Digital is the turning point in Monaco’s history 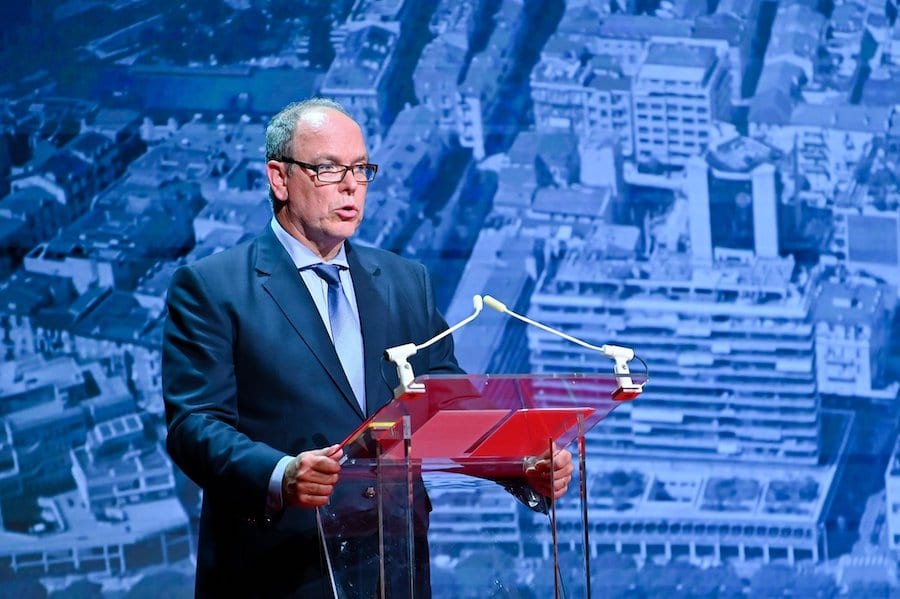 The Prince’s government is investing a further €15 million into Monaco’s Digital Transition, which includes everything from the country’s own Sovereign Cloud to digital IDs for citizens.
Digital technology formed a major part of the government’s economic recovery plan announced last week, but what exactly will the millions be used for and why is it so important for Monaco?
“Digital technology has become a strategic issue for all countries,” said Prince Albert as his government detailed the digital aspect of its €75 million recovery plan, implemented through the Extended Monaco program.
“The crisis has revealed glaring disparities: the most severely affected economies are those which have not been able to put in place the means and tools necessary to maintain solid relations between the State and its citizens…,” explained Prince Albert. “Today, more than ever, digital technology has become a strategic and critical issue for each country. This is why I am keen to expand its use within the Principality by allocating €15 million and helping my country to write a new page and become a model country in terms of digital technology.”
As announced in November 2019, Monaco will be the first European country to equip itself with its own Sovereign Cloud – the ‘Monaco Cloud’ – by 2021, a secure digital infrastructure that will support the Principality’s push to become modernised and at the cutting edge of new technologies.
Meanwhile, Monaco’s digital plan is being implemented by Extended Monaco, a 200-strong team led by Frédéric Genta.
“One year after the official launch of Extended Monaco, we are proud of the trust placed in us by H.S.H Prince Albert II,” said Interministerial Delegate in charge of the Principality’s Digital Transition Frédéric Genta. “This confidence stems from the convincing results that the Extended Monaco program has experienced during its first year of existence. The digital budget is proportionally one of the highest in Europe: nearly €400 per inhabitant. This is what will help us to equip our companies to be more competitive, to develop new investments, and finally to allow our citizens to be better trained and more equal in the face of digital technology.”
As detailed by the government, the digital part of Monaco’s economic recovery plan revolves around the following three axes:
1. Building a digital ecosystem that meets the highest standards, particularly in terms of accessibility to major international platforms.
By launching the Monaco Cloud in 2021, based on Amazon AWS technology, the Principality will be acquiring its own secure infrastructure. It means that data will be stored in the Principality, under Monegasque law and with a level of security validated and monitored by the Monegasque Digital Security Agency. The cloud will also meet environmental objectives. This Monaco Cloud will be operated as a new SAM, with 100% Monegasque shareholders, including the State as majority shareholder and Monaco Digital as industrial shareholder.
2. Training and supporting Monegasque companies and employees in their digital transformation through the Blue Fund.
The Blue Fund is dedicated to accelerating the transformation of the Monegasque economy and was initially endowed with €20 million. It will be implemented in January 2021 and will be jointly governed by the Department of Finance and the Economy and the Interministerial Delegation in charge of the Digital Transition. It will involve the financing of training, equipment and support for Monegasque companies; the development of local platforms such as e-commerce and payment systems; and finally, the creation of efficient and secure services on the Sovereign Cloud such as video conferencing.
3. Creating a digital economy in the Principality to forge new relationships with European investors on sustainable subjects.
Through its new STO (Security Token Offering) platform – a blockchain fundraising system – and in partnership with Euronext, the main stock exchange in the euro zone, the government aims to attract new companies, particularly digital, to Monaco to create around a hundred jobs every year and inject €150 million into the local economy.


Continuing on the digital path
The government also aims to continue to offer residents quality public services in the event of new social distancing or confinement measures, building on those established from the last lockdown. Focus will continue to be on:
Education, digitally enriching the teaching and learning of students:
Through the “digital college” project, the government will distribute 1,200 laptops to individual college students from November 2020. Meanwhile, the entire WI-FI infrastructure and computer network has been strengthened to support the new uses.
Making administration easier to access, available and responsive:
From summer 2021, each citizen will have a digital identity associated with their new ID or residency card. It will form the basis of the digital relationship between the Administration and the citizen and allow authentication that is both highly secure and simple, without the need for additional supporting documents.
And finally, all the administrative procedures that can be carried out online will be accessible via a single site in 2021.