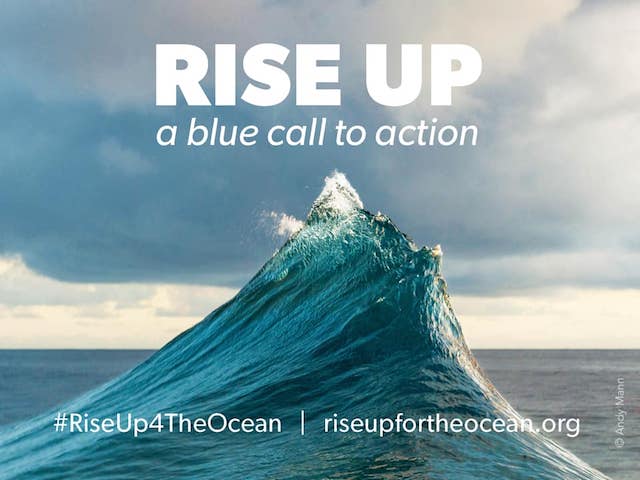 The Prince Albert II of Monaco Foundation has joined Rise Up’s ‘Blue Call to Action’, an initiative which calls on governments and businesses to start moving on “blue” economic models.

Launched by the Oceano Azul Foundation, Oak Foundation and Ocean Unite, Rise Up’s latest endeavour, ‘Blue Call to Action’, has just been officially endorsed by HSH Prince Albert II’s eponymous foundation to assist in the ongoing efforts to save our oceans for current and future generations.

The call is being put out to business and governmental leaders to take the necessary actions required to stop the destruction of fragile oceanic ecosystems and to get what the United Nations calls the “lungs of the Earth” back on track again.

Rise Up was formed in May of 2019 as an urgent response to safeguard the seas. A cooperative of public citizens, indigenous peoples, fishermen and philanthropic organisations, this association will present their concerns at the next United Nations Conference being held in June of this year in Portugal. The focus will be to find agreement on topics such as common priorities, objectives, and target goals that will drive solid solutions to the threats plaguing the oceans today.

With experts forewarning that mankind has perhaps only a decade to reverse damage and keep global warming in check before catastrophic damage is done, Rise Up is sanctioning radical changes to the world’s current economic model.

Amongst the goals they have set out are to stop overfishing and create sustainable fisheries that protect the livelihoods of those who make their livings from the sea, whilst responsibly replenishing stock, an end to destructive fishing methods, awareness and educational programmes for fishing communities and total protection of endangered species and habitats.

They propose that businesses and governments stop passively supporting causes and act by investing more in transitioning to circular economies, including moving to sustainable and “blue” economic models.

The Prince Albert II Foundation supports a myriad of causes dedicated to protecting the environment, including activities related to energy efficiency and renewable energy, forestry practices and notably, the seas.

Students compete to protect the sea