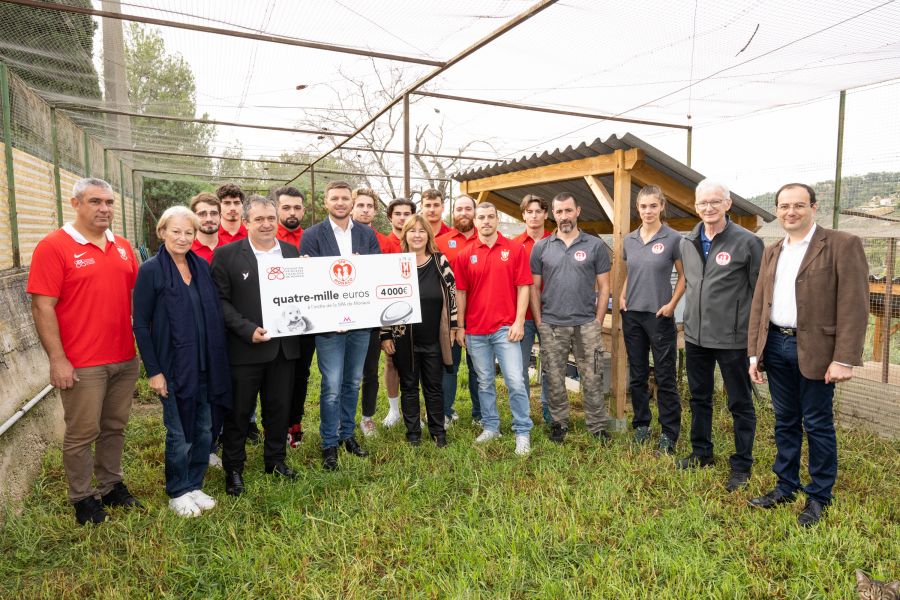 Monaco’s Society for the Protection of Animals shelter has received a visit from the Princess Charlene Foundation and the Monegasque Rugby Federation, who jointly presented the association with a generous cheque to help with upkeep and costs.

As Monaco Life reported earlier this autumn, Princess Charlene recently became the new president of the Monaco Society for the Protection of Animals (SPA), which awaits its new home in Peille at the end of 2023. Meanwhile, the current site in Eze is still operational and taking care of animals looking for forever homes.

On 12th November, the shelter was treated to a group of visitors who had a nice surprise in store for the four-legged friends residing there: a cheque for 4,000 euros donated by Princess Charlene Foundation and the Monegasque Rugby Federation.

Secretary General of the Foundation and Princess Charlene’s brother Gareth Wittstock alongside Thierry Danthez, the vice-president of the Monegasque Rugby Federation, met with Marie-Pierre Gramaglia and Isabelle Peters, the co-vice-presidents of Monaco SPA, and Pierre Verdino, the director of Monaco SPA, to make the handover.

The donation will go toward the daily needs of the shelter, including medical equipment for the regular care of the roughly 30 animals housed there.