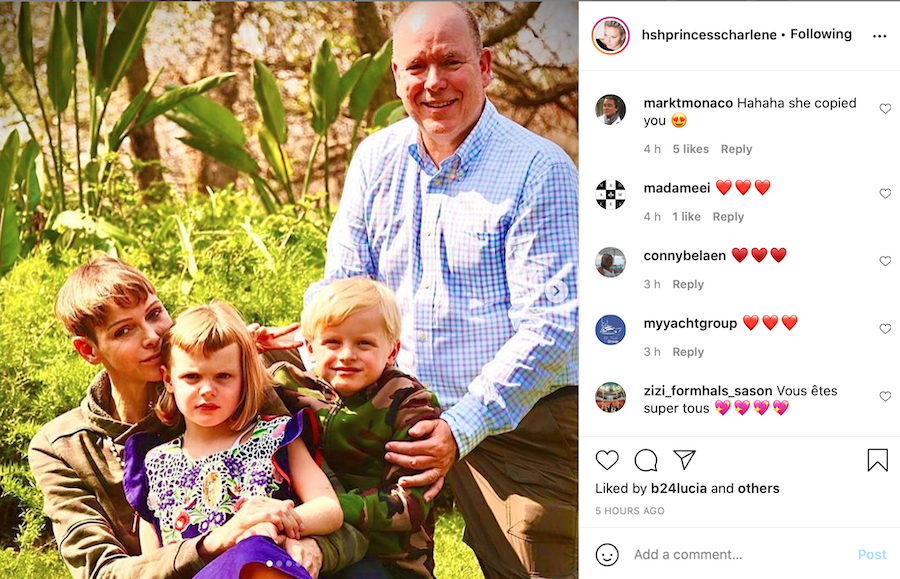 Prince Albert and six-year-old twins Prince Jacques and Princess Gabriella have joined Princess Charlene in South Africa as she recovers from her recent surgery.
The princess, who has been in her homeland since earlier this year, took to Instagram to share the long-awaited reunion of her family.
The Palace recently announced that Prince Albert would be joining the princess as she recovers from a four-hour surgery undertaken on Friday 13th August.
Princess Charlene shared pictures on social media with the caption, “I am so thrilled to have my family back with me ❤️. (Gabriella decided to give herself a haircut!!!) Sorry my Bella I tried my best to fix it”.
https://www.instagram.com/p/CS_VuctjIN1/?utm_source=ig_web_copy_link

The photos indeed appear to show that the young princess attempted to give herself the same trendy haircut as her mother. The shots were taken by photographer Christian Sperka, the same photographer who captured Princess Charlene’s rhino conservation work in May.
The last time Prince Albert and their children were in South Africa was in early June, when the princess shared snaps of the family together on a safari.
Speaking to local media South Africa Radio 702 earlier this month, Princess Charlene revealed that she is not due to return to the Principality of Monaco until October when she is expected to be fully recovered from a severe ETN (ear, throat, nose) infection.