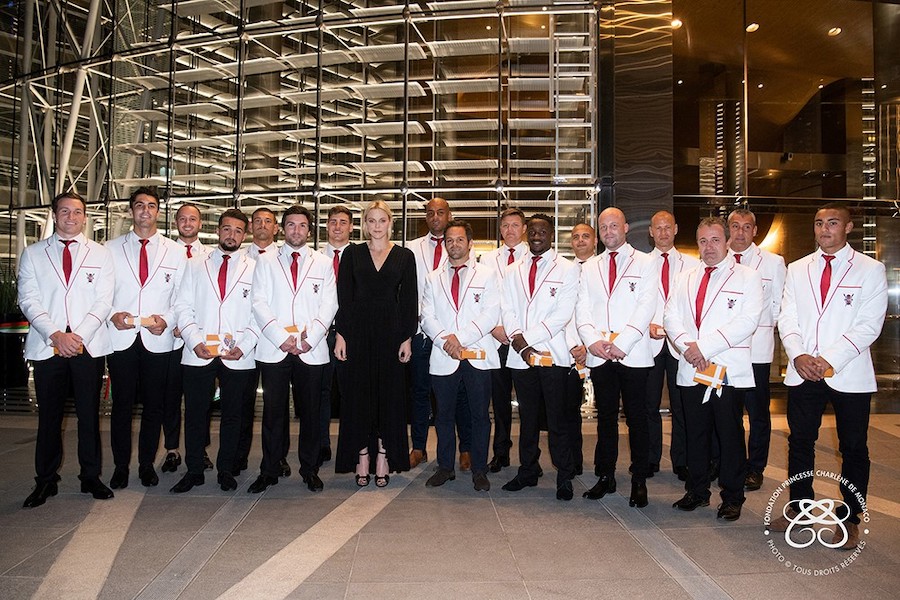 Princess Charlene, true to her own athletic roots, has been making the rounds in support of Monaco sports, first in Abu Dhabi at the Grand Prix and then in Dubai for the Rugby Sevens.

The Princess has been on the road the last couple of weeks in support of her adopted country’s athletes.

She was present at the last race of the Grand Prix season in Abu Dhabi to urge on hometown favourite Charles Leclerc, whom she saw on the podium after coming in a strong third place.

A few days later, she made her way to Dubai, home of the Rugby Sevens tournament, where a team dubbed the Impi’s, comprised of Monegasque and international players, took on teams from around the world.

Impi’s, the Zulu word for warriors, is led by South African Mathew Turner, making this team doubly interesting for the Princess, who of course is a native of South Africa.

The Impi’s played well in the first day of competition, winning first against the Northam Rhinos in a 31-10 victory, followed by a strong 22-5 win over the X-Men, and finally ending the day with a crushing 43-5 performance against the Wyvern Harlequins.

The following day, the Impi’s dominated the Krasnodar Region in the quarterfinals with a 47-0 win, but sadly were unable to beat Speranza 22 in the semi-finals, though the match was an extremely close 12-15.

The finals saw South Africa’s Blitzboks outmanoeuvre the All Blacks Sevens from New Zealand in a 15-0 rout, the first time in 19 years the Kiwis failed to score in a final.