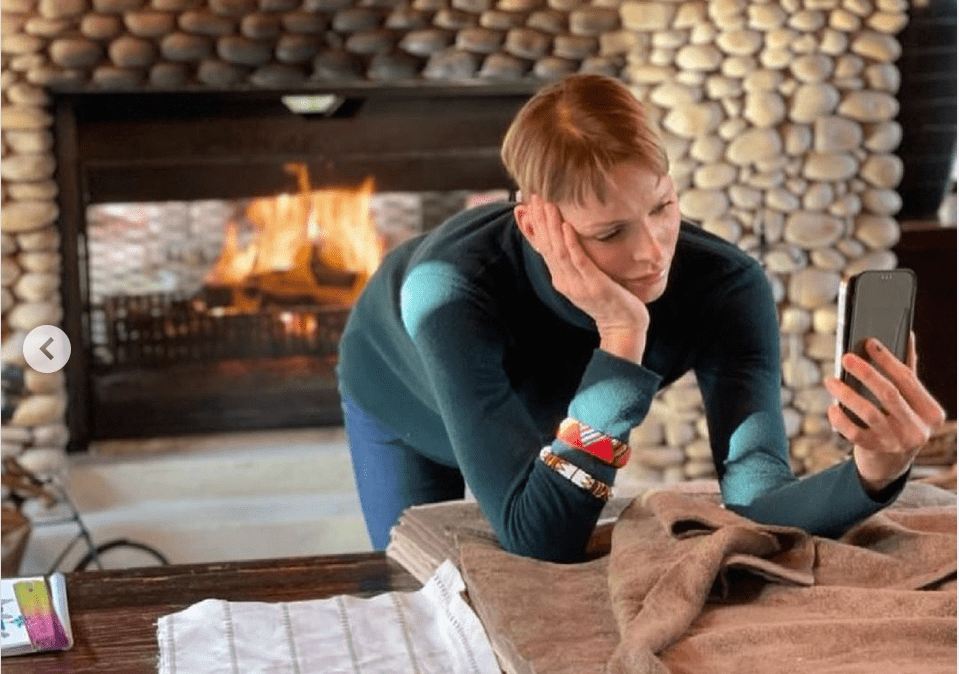 There has been much speculation as to why the Princess and mother of two has remained in her native South Africa for more than three months, where she initially went to work with rhino charity Thanda Foundation. She has since missed several high-profile events, including her 10th wedding anniversary.

Prince Albert and twins Hereditary Prince Jacques and Princess Gabriella made the journey to Charlene’s homeland to visit her earlier this year, pictures of which were proudly shared on the Princess’ social media.

The Palace later released a statement confirming that the Princess was effectively stranded in South Africa after undergoing “multiple, complicated procedures” for a serious ear, nose and throat infection.

Princess Charlene told People at the time: “My daily conversations with Albert and my children help me keep my spirits up a lot, but I miss their presence very much. I can’t wait for us to be together.”

Now, the Princess has further explained the cause of her delayed return to the Principality, telling South African outlet Channel24 that she underwent a sinus lift and bone graft in preparation for dental implants in May. This surgery was performed prior to her mid-May arrival in South Africa. She says she sensed a problem in June when she began suffering extreme soreness in her ears. A second corrective surgery conducted on 23rd June forced the postponement of her scheduled return to Monaco to celebrate her 10th wedding anniversary in early July.

The princess revealed that her inability to equalise the pressure in her ears means that flying above 20,000ft is currently out of the question.

In order to pass the time before she can return home, Princes Charlene is continuing her charity work, sewing blankets for the local creche and helping the rhino conservation, all while keeping in very regular contact with Prince Albert and the twins.

“Albert is my rock and strength and without his love and support I would not have been able to get through this painful time,” the Princess told Channel24, adding, “I miss my husband, my babies and my doggies.”

Previous article“We want the YCM marina to be an innovation laboratory”
Next articleWhich visitors to Monaco need to show a health pass?
Cassandra Tanti

The Monegasque Oncology Biennial will kick off at the end of January, highlighting major advances in oncology, pharmaceuticals and haematology, but this year the spotlight is on breast cancer.

Bilateral accord with Slovakia

Prince Albert and President of Slovakia, Andrej Kiska, at the Economic Forum organised by MEB & CCI Slovak. Photo: Twitter MEB[/caption] Prince Albert has paid a two-day official visit to Slovakia this week, coinciding with a visit by members of the Monaco Economic Board seeking new business partners. The Sovereign was hosted by Slovak President Andrej Kiska, who said that he considers that "Monaco is a source of inspiration". Slovakia has enjoyed solid economic growth in recent years, and thanks to foreign direct investment is now the leading country in per capita automobile production in the world. Jaguar Land Rover is the latest company to announce it will open a production facility in the central European nation, which has a skilled labour force. The economic mission orchestrated by the Monaco Economic Board then moved on to Moldova with eighteen Monegasque business leaders participating. Before leaving Slovakia, an agreement on bilateral cooperation was signed between the MEB, represented by its president Michel Dotta, and his counterpart in the Slovak Chamber of Commerce and Industry, Peter Mihok.