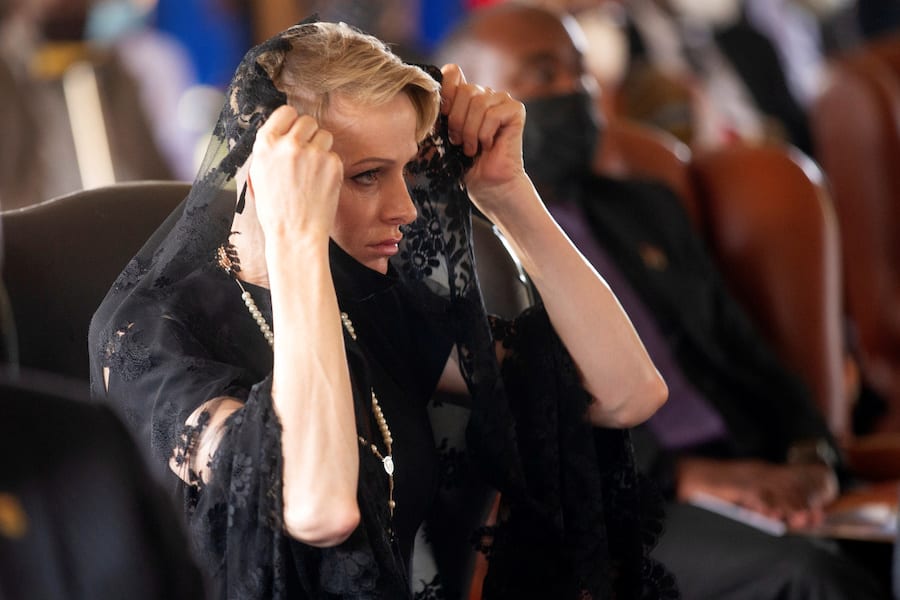 Princess Charlene has travelled to her home country of South Africa to bid a final farewell to Zulu monarch King Goodwill Zwelithini during a memorial service broadcast from the royal palace.
The king died last Friday from diabetes-related complications and, according to some local media reports, had also tested positive for Covid.
King Zwelithini, aged 72, was the traditional leader of South Africa’s 12 million Zulu people. His reign lasted 50 years, making him the longest-serving monarch of the Zulu nation.
He is credited with speaking openly to encourage public education to control the HIV/AIDS epidemic that was sweeping through South Africa in the 1980s and 90s.
The king was buried in a traditional midnight private funeral, known as “ukutshalwa kweNkosi”, which was attended by only senior men of the royal family, many wearing leopard skins and colourful Zulu regalia.
Hours later, a memorial service was held at the royal palace, attended by an emotional Princess Charlene who was veiled in a black lace head scarf. Charlene Wittstock was 12 years old when her family relocated to South Africa from Zimbabwe in 1989.
After the rituals were performed on the grounds of the palace, the king’s body was secretly laid to rest, marking the end of an era.
King Goodwill Zwelithini leaves behind six queens and 28 princes and princesses.